The BEST Pecan Pie recipe is foolproof and perfect every time, with an abundance of toasty pecans floating on a thick, glossy filling in a flaky, all-butter pie crust! 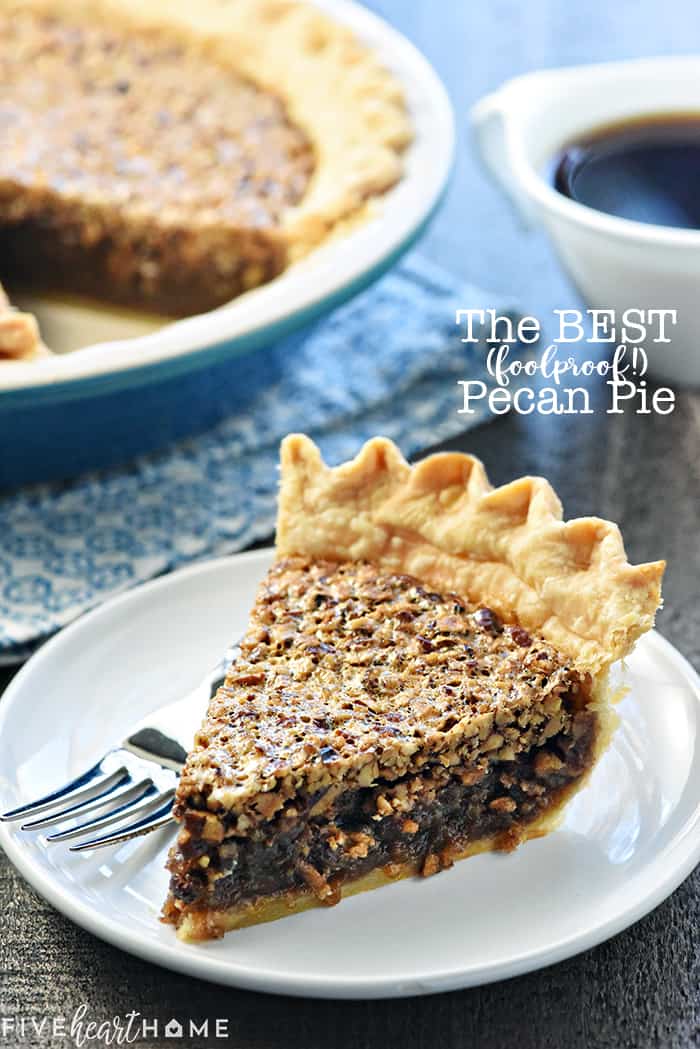 Back when I first met my husband, it didn't take me long to learn that pecan pie was his favorite dessert of all time. No birthday cake for him. Cookies were meh. Pumpkin pie who? The man only had eyes for pecan pie.

And as luck would have it, that was about the only baked treat that I could not manage to perfect. Every pecan pie recipe I attempted to make for him was a flop. If the top was perfect, the interior was runny. If the inside gelled, the top was burnt. They tasted okay, but they never set up correctly. WHY WAS MASTERING PECAN PIE SO DIFFICULT?!?! 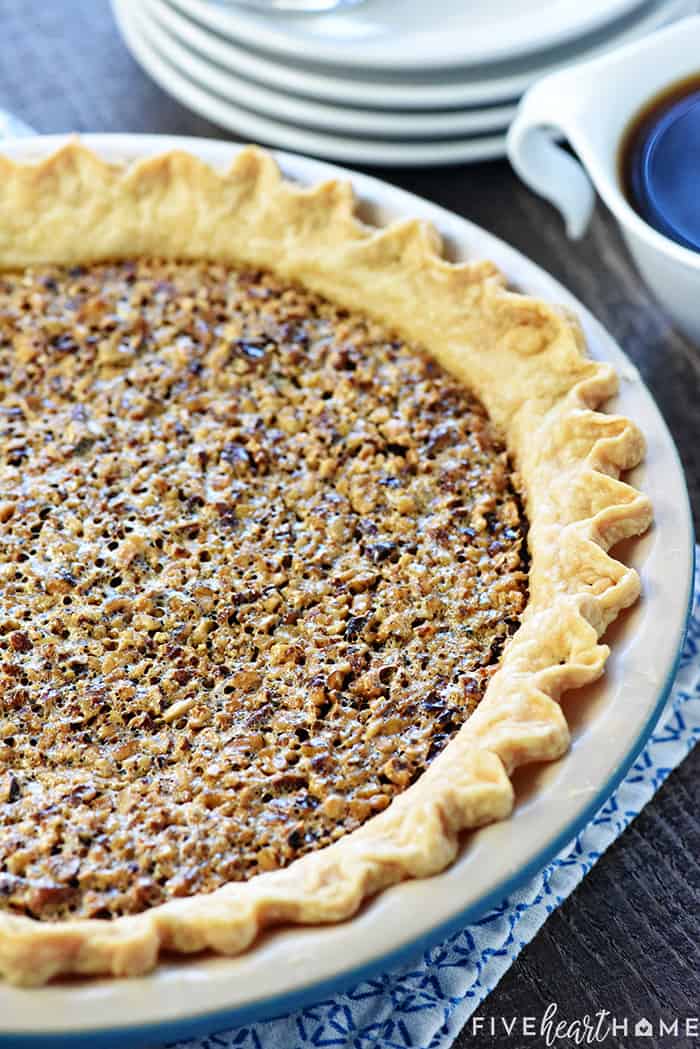 It didn't help that my husband's Nanny made what was widely known as the best pecan pie of all time. The filling was sweet, thick, and glossy...yet not cloying and not overly firm. The crust was unbelievably thin and flaky. And the pecans were so finely chopped that the top of the pie was like a crunchy shellac that crackled when sliced.

And on Thanksgiving and other holidays, she typically baked my husband his very own pie and slipped it to him when nobody was looking.

I had a lot to live up to here. And so far I couldn't even manage a semi-passable pecan pie. 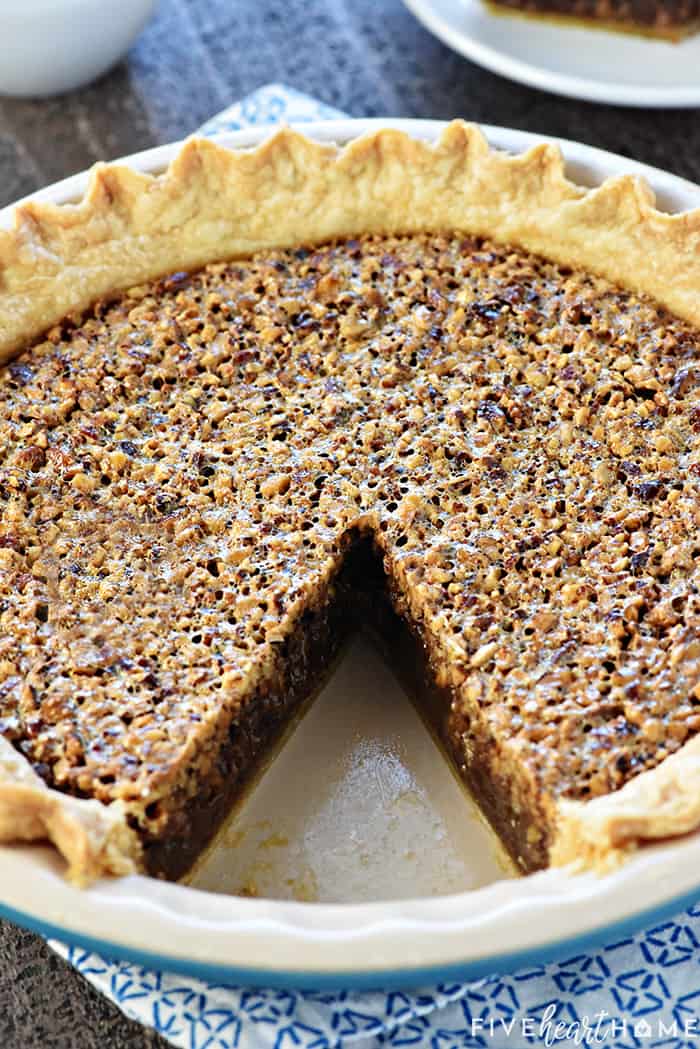 But then one fine fall day -- after trying every recipe from the one on the back of the Karo bottle to a fancy one from Epicurious -- I finally turned to America's Test Kitchen. And even though their steps were slightly more involved than stirring together the filling and pouring it into the crust, my pecan pie turned out perfect for the first time ever!!! {insert all of the celebratory emojis here}

Finally...SUCCESS! My pecan pie was positively perfect. It set up beautifully and had scrumptious flavor and amazing texture. My husband said nobody's pie had ever come close to his Nanny's...but this one was (blasphemy!) EVEN BETTER.

Needless to say, I chucked all of those other pecan pie recipes out the window and I've been making this one ever since. I've made a few small modifications, the primary one being that I very finely chop the pecans the way my husband loved them in his Nanny's pies. But overall, the steps in this BEST Pecan Pie recipe make it foolproof...it turns out perfect every. Single. Time. 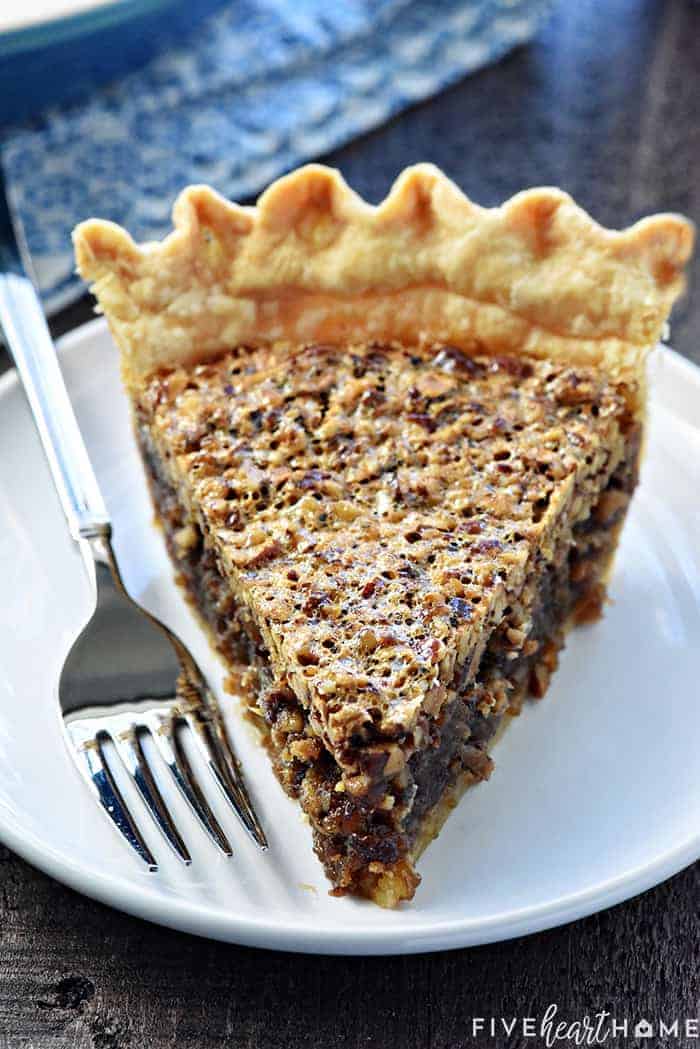 How to Make the BEST Pecan Pie

The ingredients here are pretty standard. The main thing that sets this pecan pie recipe apart from others is cooking the filling over a double-boiler until it reaches a certain temperature. I believe that this step is what ensures a filling that always sets perfectly. And honestly, it only takes a few extra minutes.

How to Freeze Pecan Pie

The beauty of this recipe is that -- despite the fact that it has multiple steps and takes a bit of time from start to finish -- all of those steps are amazingly easy and worth the effort since they guarantee consistent results. But don't think that those steps have to slow you down on Thanksgiving or Christmas or whenever else you'd like to serve The BEST Pecan Pie...because you can make it well ahead of time! 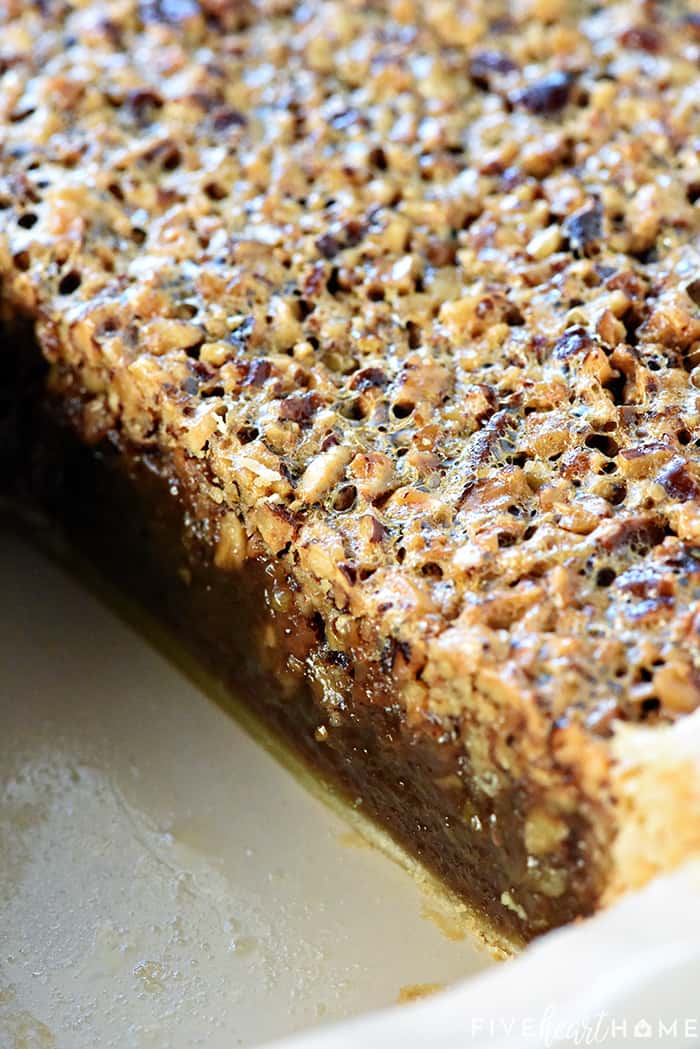 Voilà! Fresh baked pecan pie...except all of the work was done days (or weeks) ago!

So who's ready for a foolproof-to-make, delectable to-eat pecan pie? After you try it, I think you just might join me in crowning it "the BEST" Pecan Pie recipe! 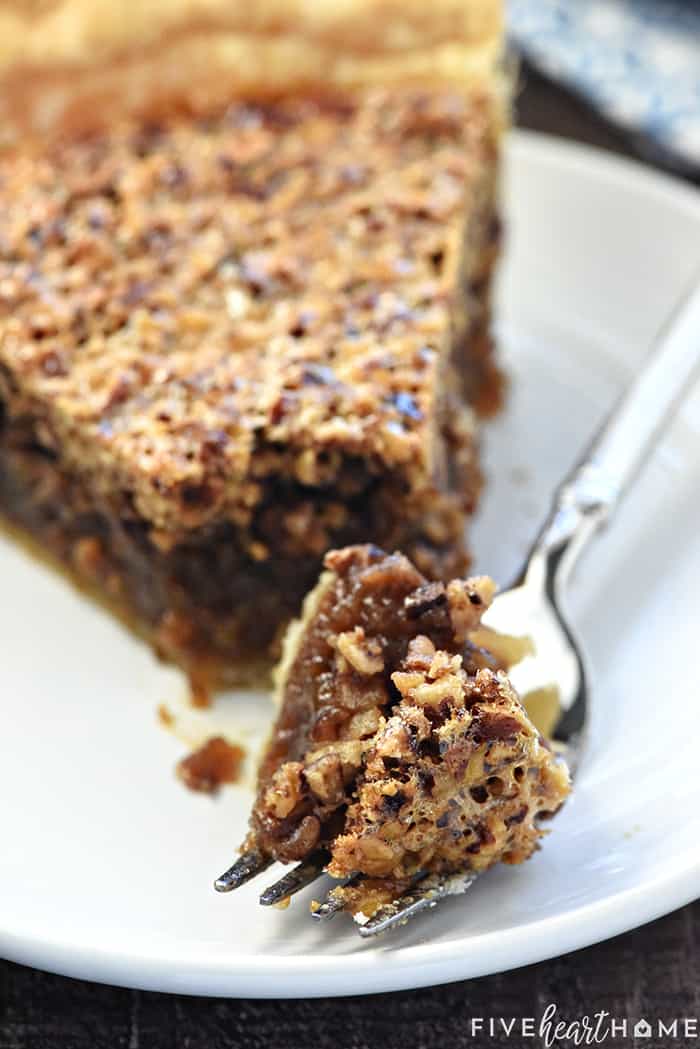 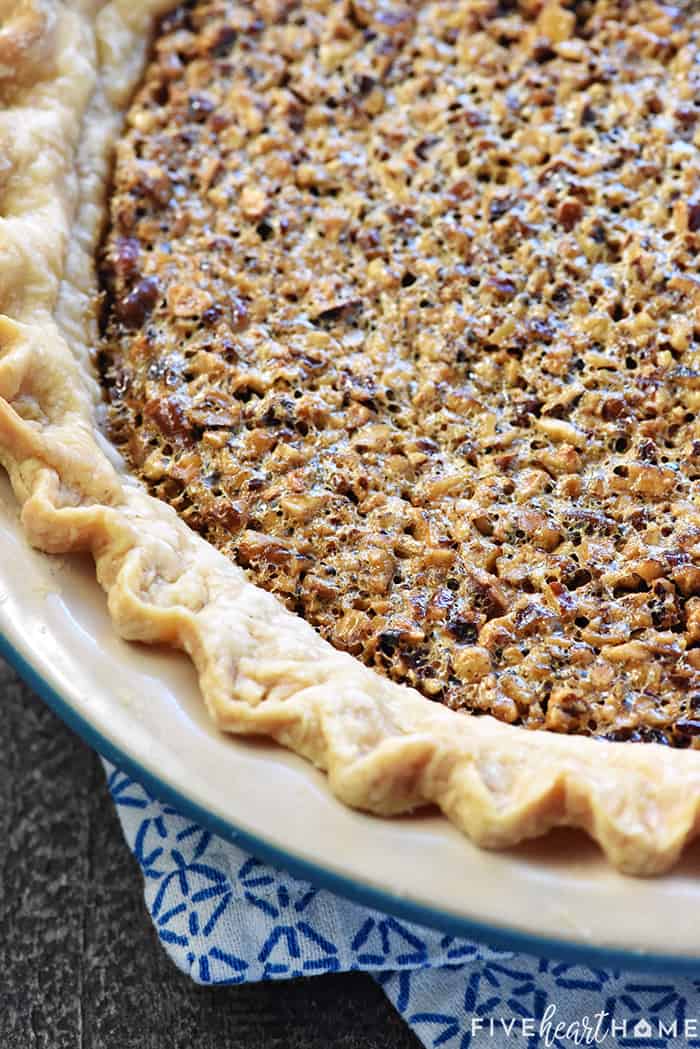 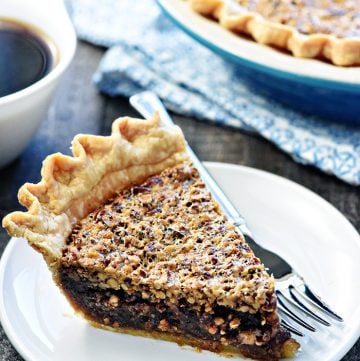