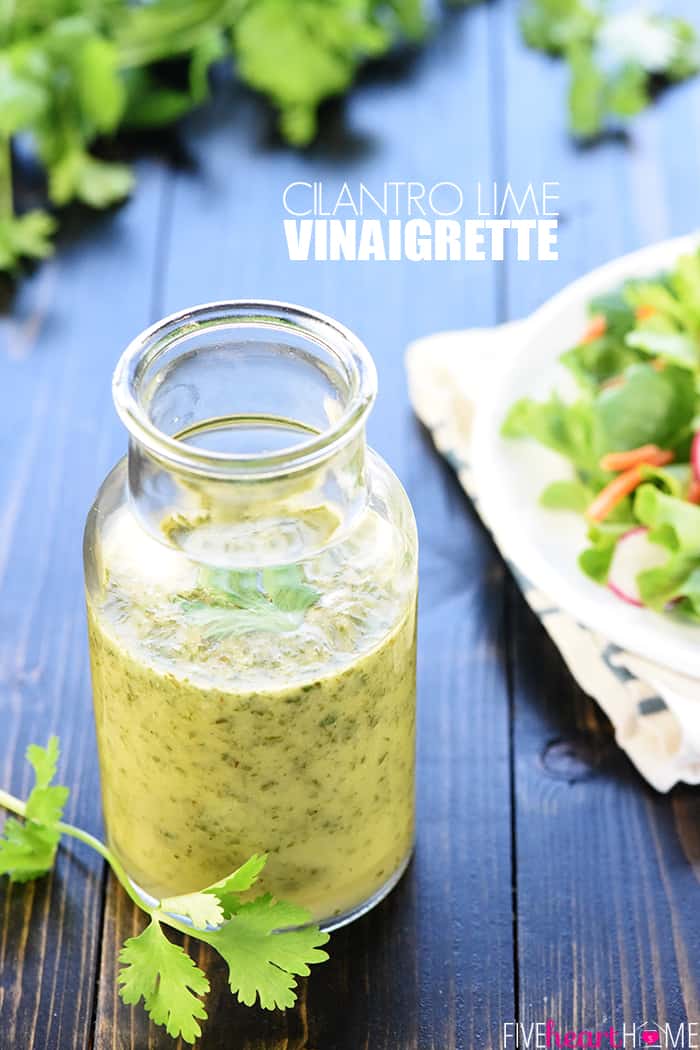 Cilantro...you either love it or you hate it. So today, I apologize in advance to the poor souls who genuinely think that cilantro tastes like soap. In fact, I will totally understand if y'all need to peace out and check back tomorrow. 😉 However, you lucky ones (like me) who can't get enough of that quizzical herb are going to love this fresh, zesty Cilantro Lime Dressing! 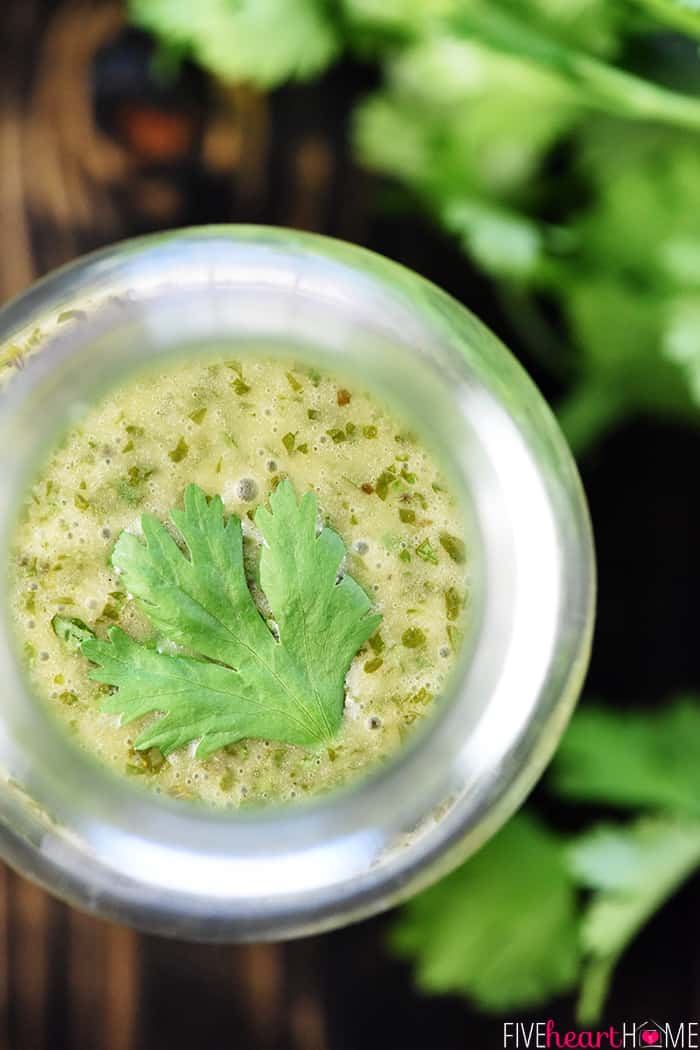 We've been eating a lot of main course salads around here lately, and some variation of taco salad is always a quick and easy last-minute option. I typically pile on as many extra veggies as I can get away with -- even if they're not particularly taco-like -- and my family doesn't seem to notice...because who's going to argue with more "healthy stuff" in a salad when the crowning glory involves a sprinkle of taco meat and shredded cheese, plus a glorious dressing? 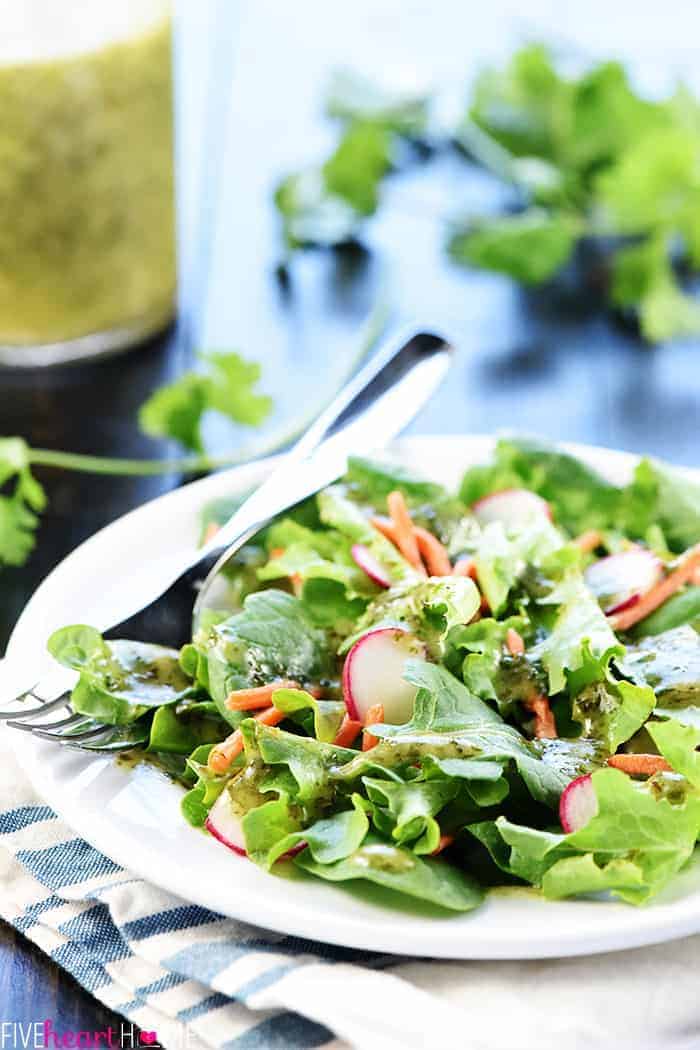 I often whip up a batch of homemade Avocado Ranch Dressing to top our taco salads. But since my husband is allergic to avocados, he requires an alternative. So last week, I had the bright idea to adapt my Homemade Italian Dressing into a Mexican-cuisine friendly variation, replacing most of the vinegar with lime juice and swapping fresh cilantro for the dried Italian herbs. 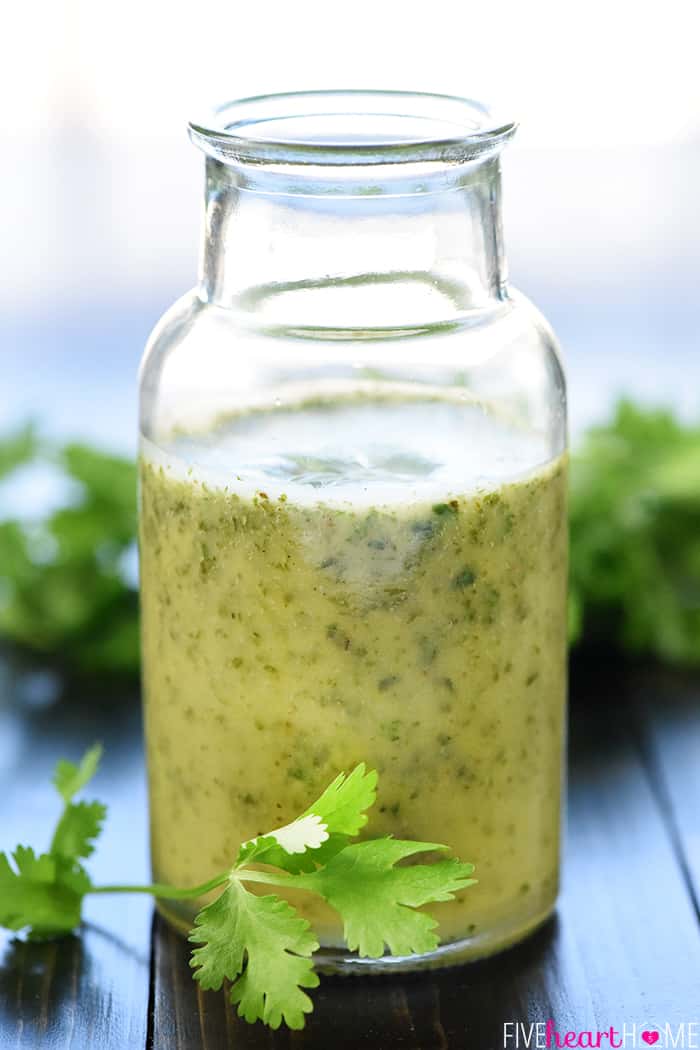 And the result? This Cilantro Lime Vinaigrette is indeed fabulous on taco salad -- or any salad -- but I think it would also make a yummy marinade for flank steak, pork chops, or chicken! And even though it's bursting with cilantro, the flavor is not overwhelmingly cilantro-y. Rather, it's zippy, zesty, and just plain delicious. 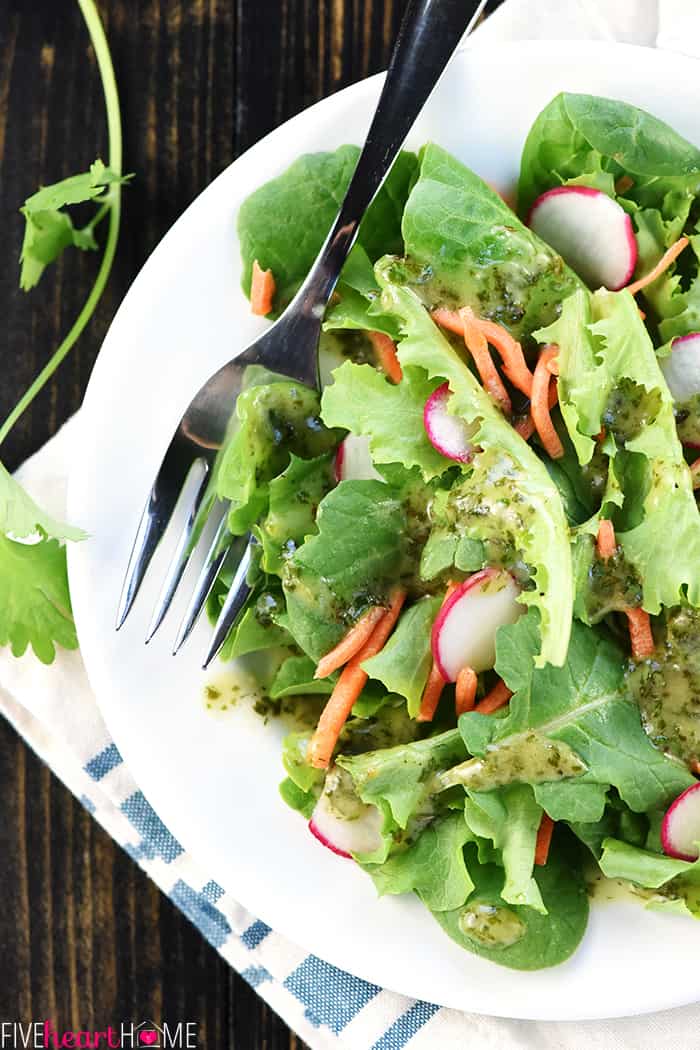 How to Make Cilantro Lime Dressing

Making homemade salad dressing is truly as simple as measuring the ingredients into your preferred receptacle and vigorously combining them. And that's it!

I started out by adding 2 tablespoons of fresh minced cilantro to the base of the dressing. Not enough. So I doubled it to a quarter cup. Still not enough! So I doubled that to a whopping half cup. Now you're talking... 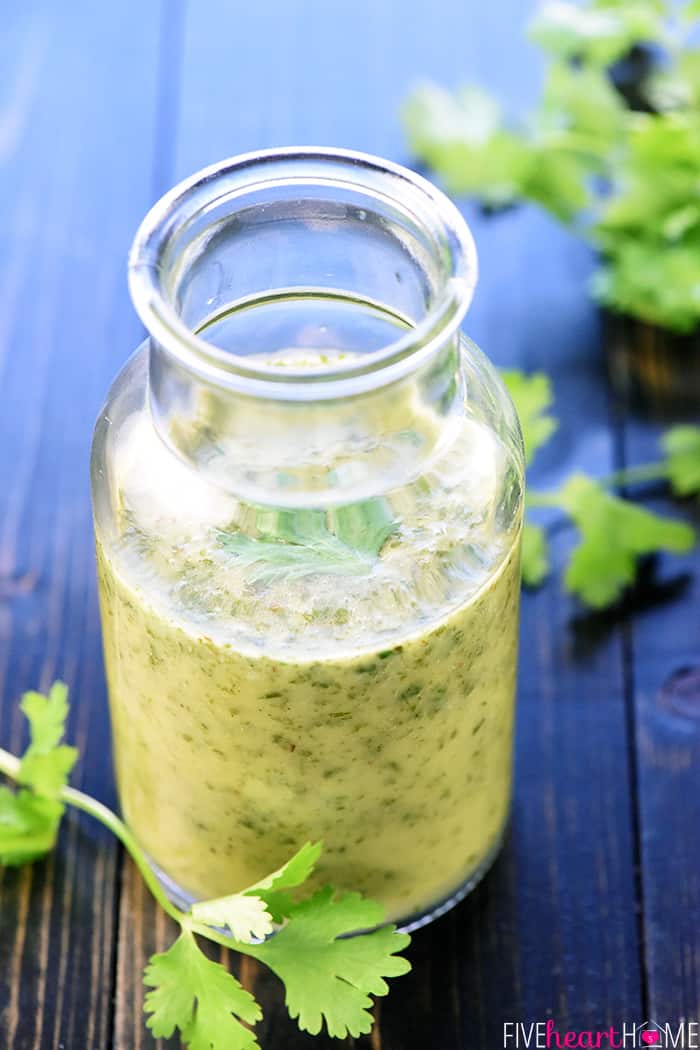 That being said, feel free to tweak the amount of cilantro to your liking. I also added a squeeze of honey to the dressing, which balances the acidity as opposed to making it sweet. But again, you can add more or less to taste. And as far as preparing the cilantro dressing, it only takes a few minutes. 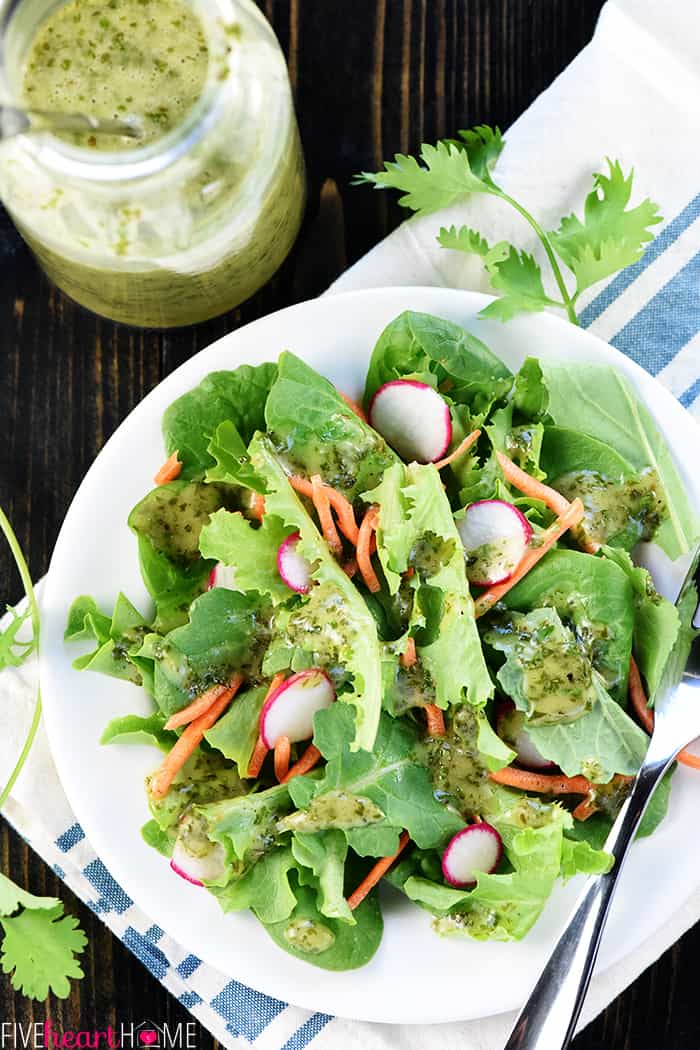 So whether you're a fan of cilantro...or you adore Mexican/Tex-Mex fare...or you're looking for a new homemade salad dressing to add to your repertoire...this Cilantro Lime Dressing has got you covered! It's fresh and flavorful and just a little bit different than your standard salad dressing. Enjoy! 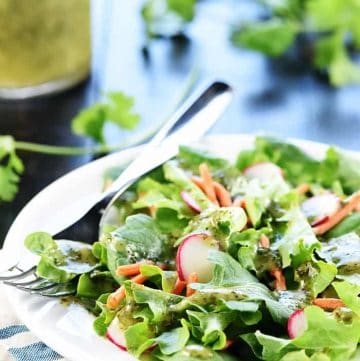