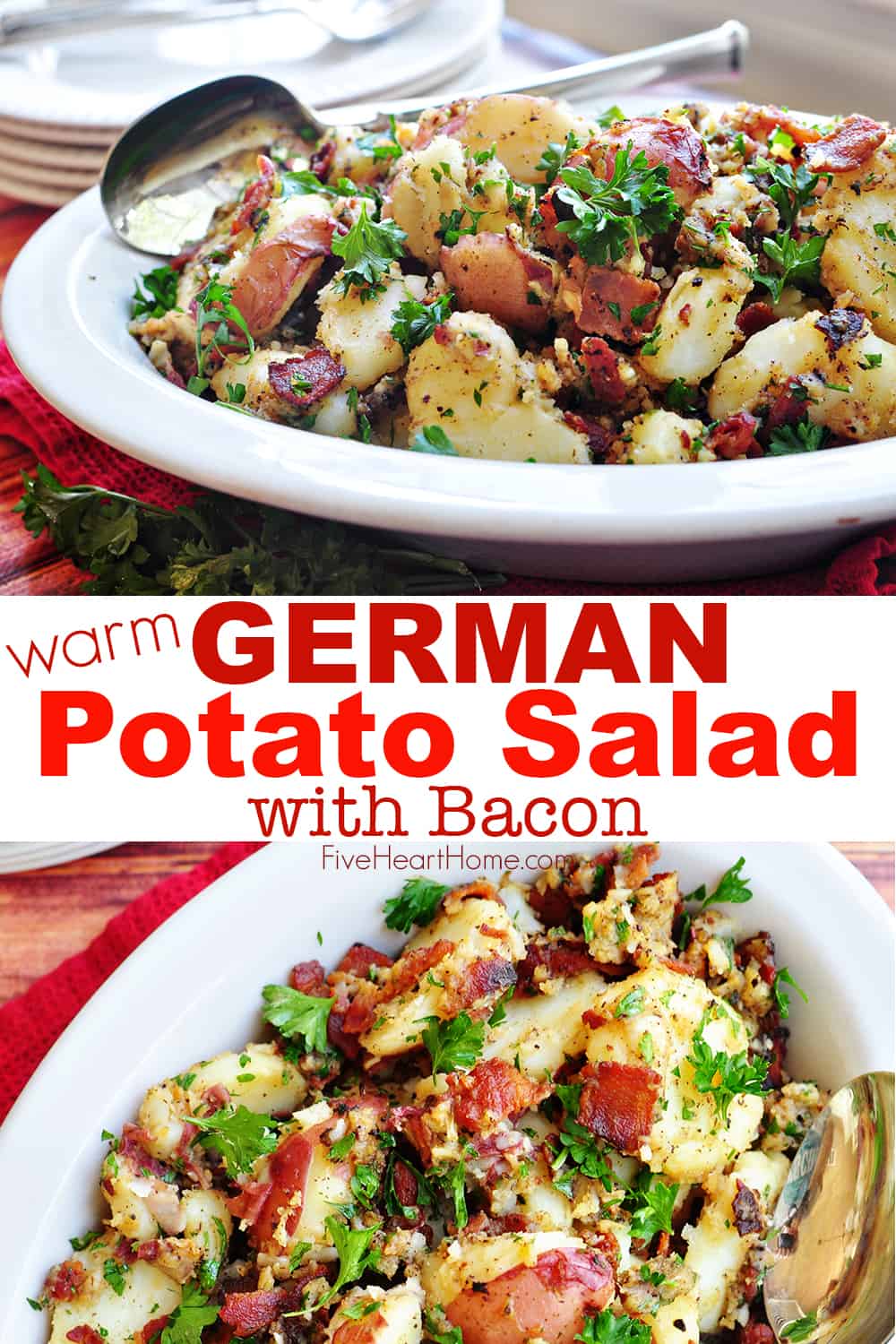 THE BEST German Potato Salad is a hot potato salad recipe featuring tender red potatoes and bacon in a tangy dressing for the ultimate side dish, from summer grilling to Oktoberfest!

The temperatures are rising and summer is on the horizon. That means that grilling season is right around the corner as well! And what goes better with dinner from the grill than potato salad? Even better if it's flavorful, bacon-loaded, hot German Potato Salad!

So to summarize, every person's German Oma probably makes her potato salad differently.

German Potato Salad is one of those recipes where simple ingredients combine to make a dish that's truly complex and delicious!

Now that we've established that German Potato Salad has as many different definitions as there are stars in the sky, this recipe starts out in a pretty standard way.

The potatoes soak up all of that bacon-y, vinegar-y, sugary goodness, leaving you with a recipe that’s tangy, salty, and slightly sweet all at the same time. Holy moly, can't you just taste it???

Leftover German Potato Salad can be transferred to an airtight container and refrigerated for up to five days.

Leftovers may be eaten cold or allowed to sit for 30 minutes and enjoyed at room temperature.

To reheat individual leftover servings, microwave at 50% power for 1 minute at a time (stirring and testing after each increment) until heated through.

How to Reheat German Potato Salad

This German Potato Salad recipe is best enjoyed warm, immediately after preparing it.

That being said, if you wish to make it up to one day in advance, you may reheat the entire dish before serving. However, please keep in mind that the potatoes will absorb the dressing while chilling and your German Potato Salad will likely be slightly drier than if you enjoy it immediately after making it.

To reheat this recipe, transfer it to an oven-safe baking dish and cover tightly with foil. Place in a 325°F oven until heated through, checking after 30 minutes, although it may take longer.

So have I convinced you to try this hot German Potato Salad soon? Whatever the occasion -- from summer grilling to Oktoberfest (and whether it's like your German Oma's recipe or not!) -- I guarantee that it'll disappear like that! 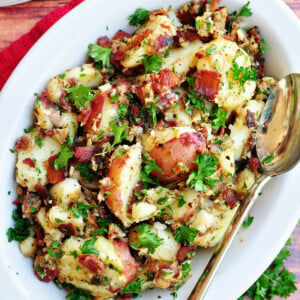