One-Pot Spaghetti is quick and delicious, with only one pot to wash for a family-pleasing dinner. In fact, it's such an easy spaghetti recipe that you'll never make it any other way again!

Spaghetti is just one of those classic dinner recipes that most people undoubtedly have on their regular menu rotation. I'm a proud member of that club, because it also happens to be a meal that every member of my family will eat without complaint. I mean, who doesn't love pasta and meat sauce?

Since the dawn of time, I would always make my spaghetti the same way...AKA, the "normal" way. I would brown my ground beef and stir in my sauce, whether homemade or from a jar. In a separate pot, I would bring salted water to a boil and add the noodles. Then I'd pull out a colander to drain the pasta and hope that I could keep it from getting cold or drying out before serving.

But a few years ago, I figured out a better way! Y'ALL, THERE'S A BETTER WAY. And that way is called...

That's right, folks...you can cook your meat sauce and your pasta in JUST ONE POT. At the end, there's nothing to drain and no stuck-together, dried-out noodles. There ends up being only one pot to wash, rather than two pots and a colander. And best of all, cooking everything together in the same pot on the stove yields the creamiest, most flavorful spaghetti!

Also, before I get a bunch of e-mails challenging the "authenticity" of this recipe...no, this isn't how your Italian grandmother made spaghetti and meat sauce. One-Pot Spaghetti is an Americanized (because hey, I'm American!) shortcut version for busy people wanting to get an easy, wholesome, kid-pleasing/family-pleasing dinner on the table in a flash on crazy weeknights. And maybe those busy people also don't care for washing dishes. 😉

One-Pot Spaghetti is such a simple, easy spaghetti recipe that it's almost ridiculous. Allow me to break it down for you... 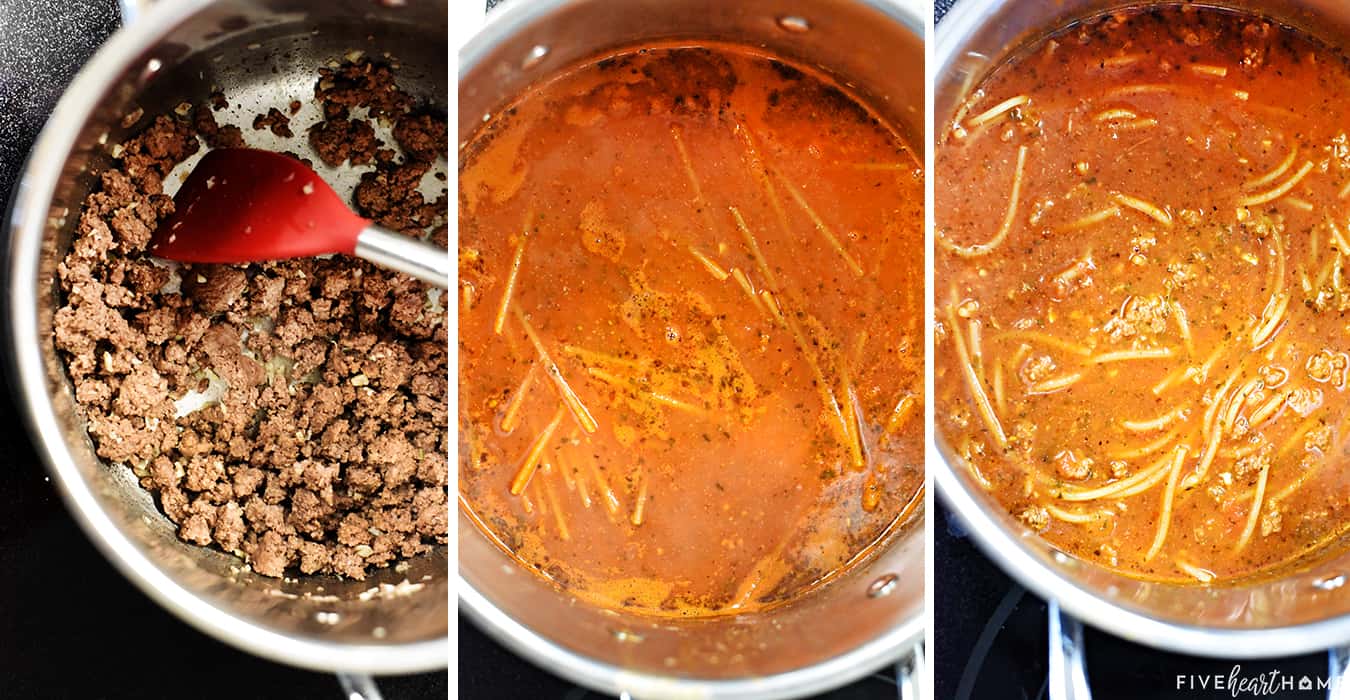 6. Garnish and enjoy! Pile it on a plate, shower it with freshly grated Parmesan, fresh minced parsley, and -- if you like to live on the wild side -- crushed red pepper flakes. Dinner is served!

I'm not gonna lie...One-Pot Spaghetti is the only way I ever make it anymore.

It saves time and effort AND it turns out really tasty!

Because what more can you ask of a classic, improved dinner recipe than that? 🙂 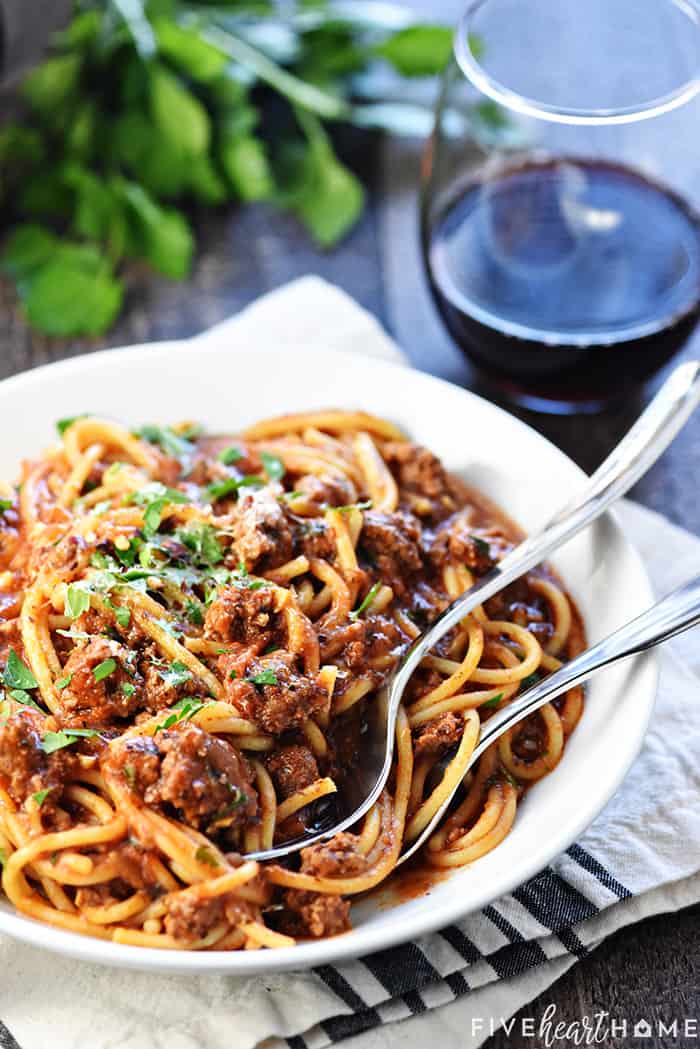 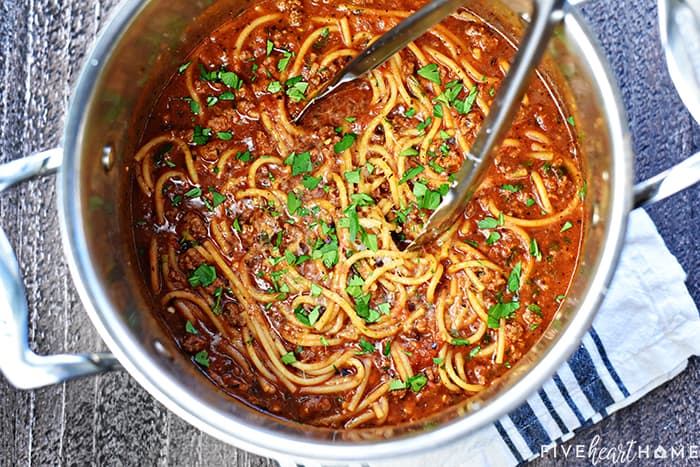 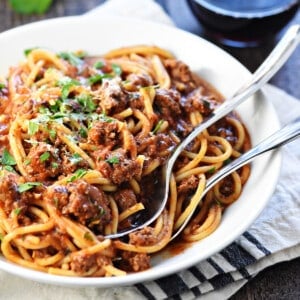