With flavors of pumpkin, vanilla, cinnamon, and caramelized cookie butter, this moist Pumpkin Bundt Cake boasts a Biscoff swirl and a topping of Biscoff glaze!

Yesterday, I welcomed the first day of fall by baking a scrumptious Pumpkin Bundt Cake, swirled and glazed with cookie butter.

Today, on the second day of fall, I highly recommend that you do the same!

If you are fortunate enough to have been privy to this confection before now, then you don't need me to enlighten you concerning the awesomeness of Biscoff Spread (or the comparable brand from Trader Joe's). But for any of us who obviously have been living in the dark, cookie butter is a peanut butter-consistency spread made out of European Biscoff cookies. 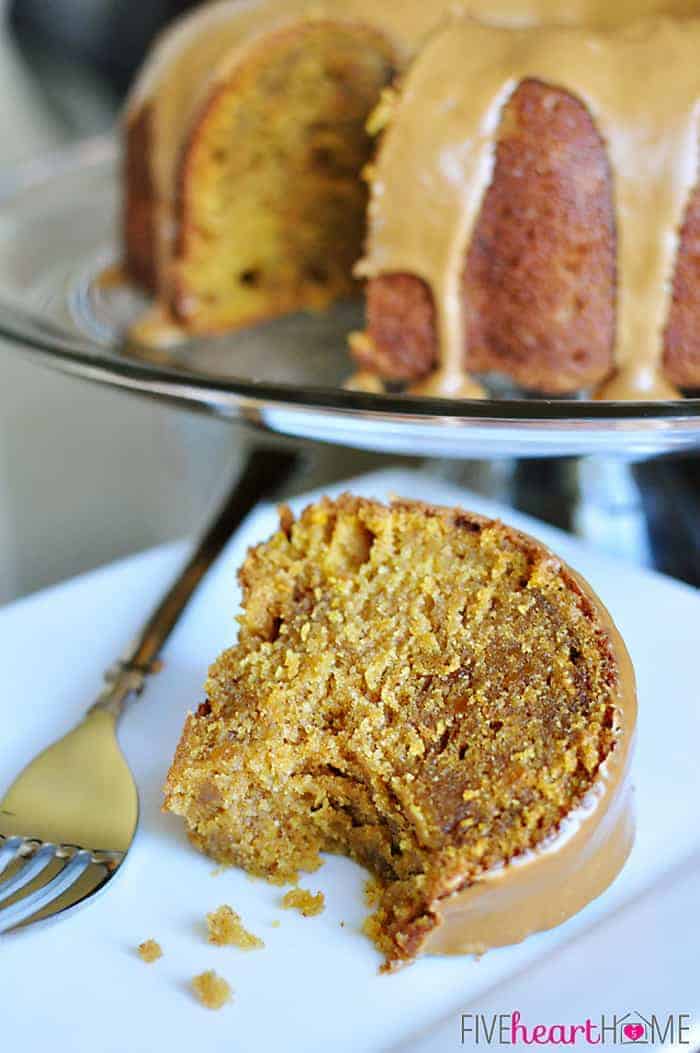 The Perfect Touch of Cinnamon

Well, seeing as how it's late September, I already had pumpkin treats on my mind. So once I settled upon a variation of Pumpkin Bundt Cake, I initially couldn't decide whether to include cinnamon or not. I feel like most (if not all) pumpkin recipes are enhanced by cinnamon, but I was afraid of overpowering the Biscoff, and I really wanted the cookie butter flavor to shine through.

So I came up with a compromise. I mixed up the initial Pumpkin Bundt Cake batter with vanilla as its only flavoring, and poured ⅓ of it into my prepared Bundt pan. I removed another ⅓ of the batter to a separate bowl, stirred in the Biscoff, and layered it in the Bundt pan. Then I stirred a teaspoon of cinnamon (you could also use pumpkin pie spice) into the last remaining ⅓ of batter before layering it at the top of the pan. This essentially gave me three layers, which I swirled with a knife before popping in the oven.

And the verdict? I think leaving the cinnamon out of the first two layers of batter was the right decision. When you take a bite, you can actually taste the different flavors of cake swirled together: there's the unadultered pumpkin and vanilla layer complemented by the caramelized cookie butter layer and finally, a bit of spice from the cinnamon-enhanced layer. 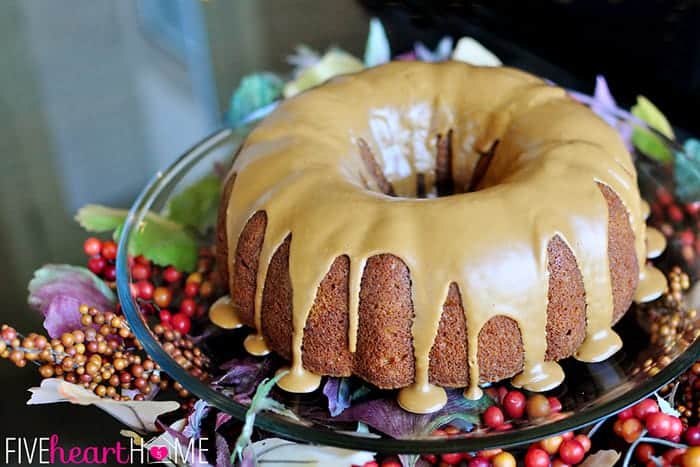 There are a few steps and a bit of time involved in making this Pumpkin Bundt Cake in all of its Biscoff glory, but don't be intimidated...the process is pretty straightforward. And once you take that first moist, flavorful bite, I guarantee that you'll deem it to be worth it! Allow me to break down the steps for you: 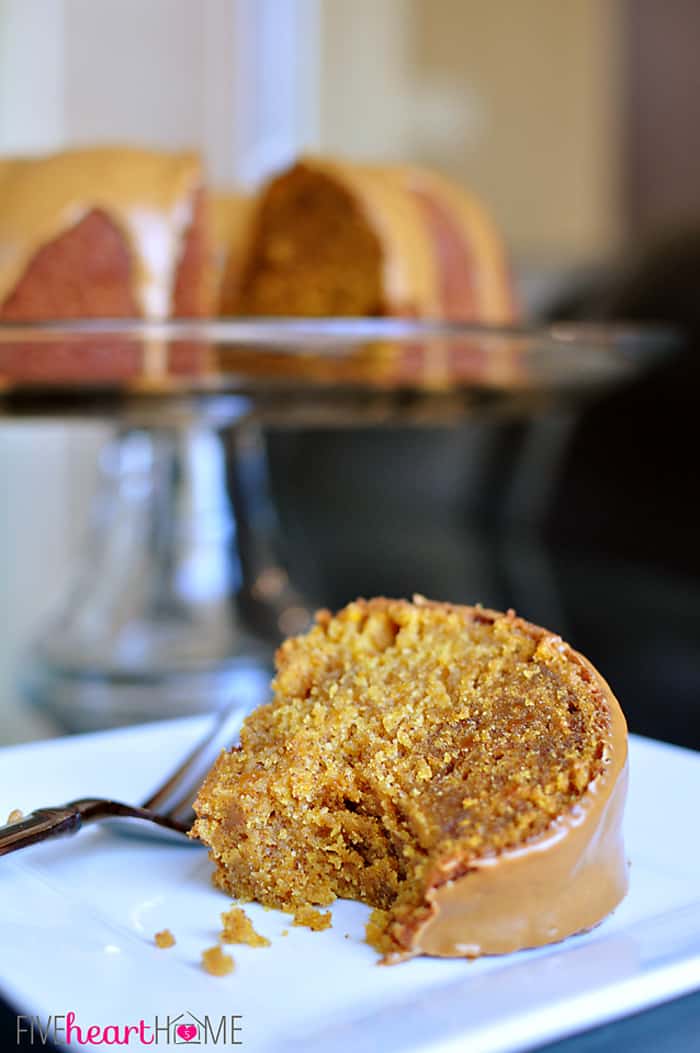 So there you have it...a fabulous Pumpkin Bundt Cake enhanced with cookie butter! I do believe that Biscoff (and its copycat brands) have earned a permanent spot on my pantry shelf. Because c'mon...what dessert couldn't be improved by "butter" that's made out of cookies? 😉