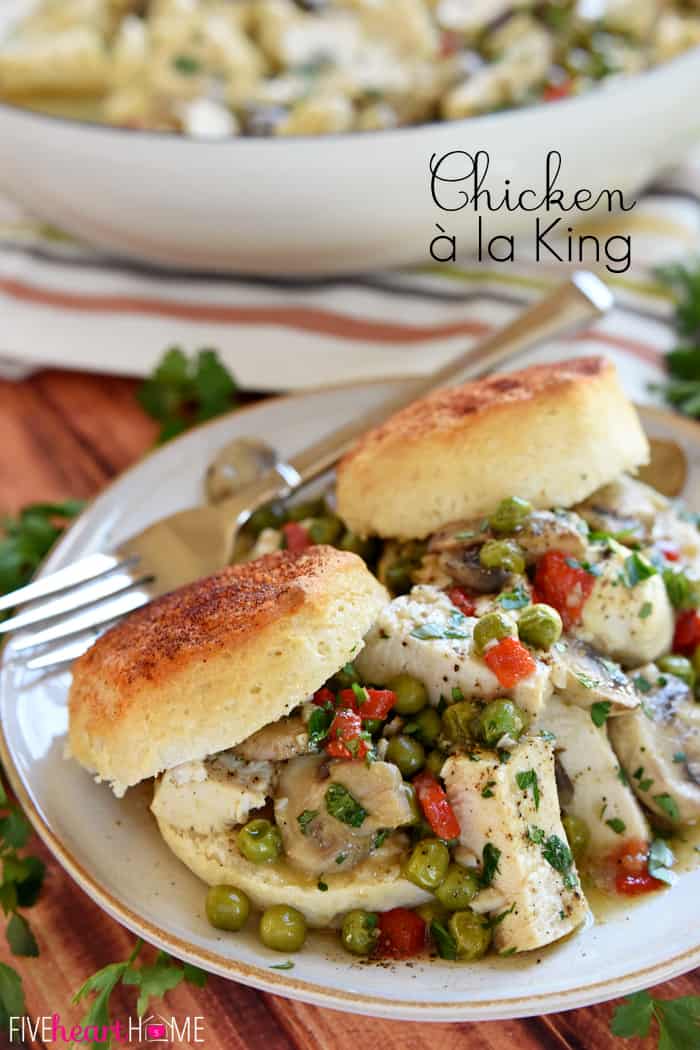 If you follow me on Instagram, you may have seen my post the other morning whereby I was cracking open a bottle of white wine at 9:00 a.m. Turns out, food bloggers occasionally engage in some weird practices related to cooking and photographing dinner recipes during the peak hours for natural light. Anyway, for anyone curious as to what wine-kissed dish was bubbling away on my stovetop that morning, it was this mouthwatering Chicken à la King! 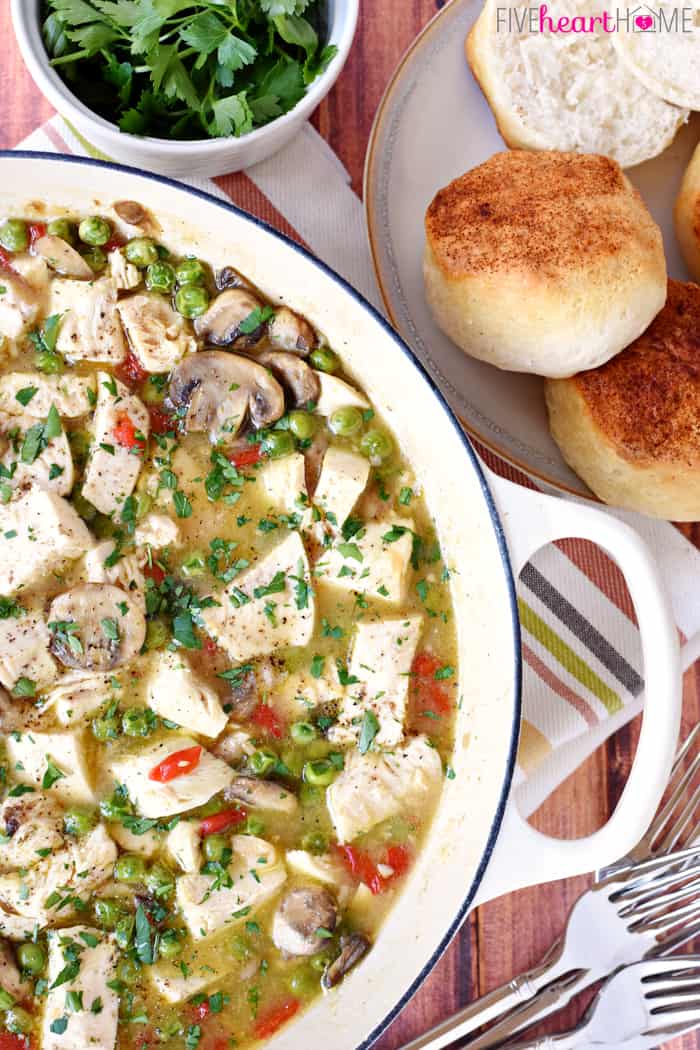 Not only does this recipe taste divine, but I've always thought that cooking with white wine makes your kitchen smell heavenly (despite the fact that it was a rather odd juxtaposition that morning while sipping my coffee). Maybe my affinity for this aroma arose from the fact that I was raised by a European mother who wasn't afraid to add a splash of wine to a variety of recipes. Nor was she afraid to add kirschwasser (cherry brandy) to her Black Forest Cake cherry filling, which she then packed in our school lunchboxes without giving it a second thought...but that's another story for another time. Fortunately, my brother and I lived to tell the tale and, as a bonus, were never carted away by CPS. 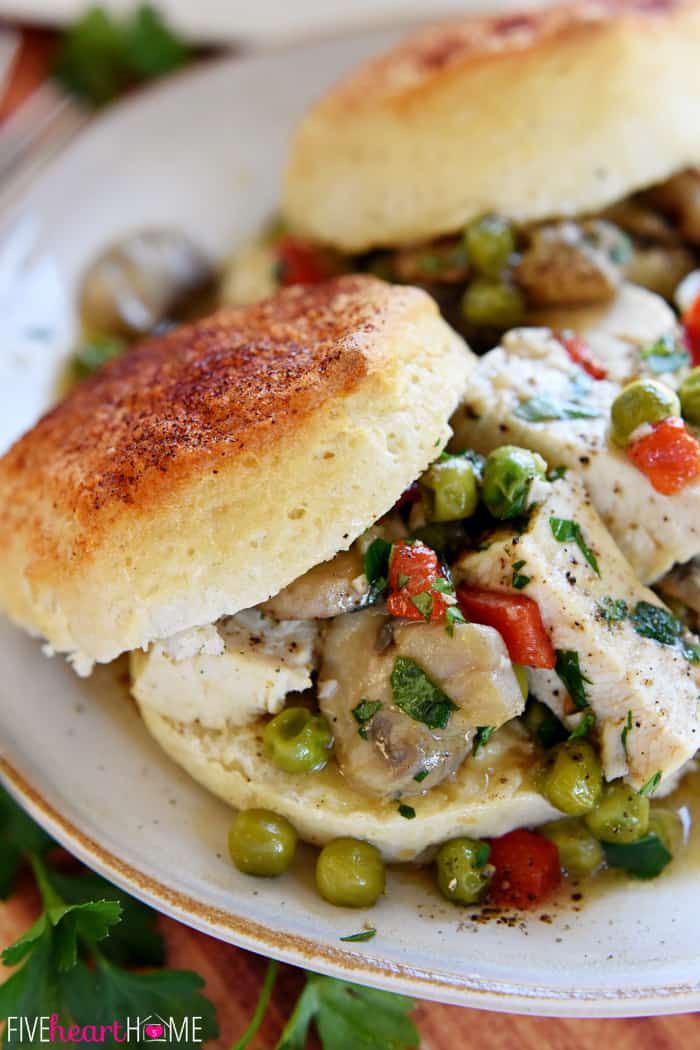 What is Chicken à la King?

But enough about wine, because that's not even the star of this dish.

Have you ever had Chicken à la King before? It's a retro recipe just brimming with juicy poached chicken, savory mushrooms, plump peas, and zippy pimentos in a flavorful sauce, all topped off with fresh parsley.

But the best part is (perhaps I've mentioned my fondness for bread before?) IT'S SERVED OVER BISCUITS!!!

That's right...it's almost like a high-brow version of biscuits and gravy, plus some chicken and veggies thrown in for good measure. 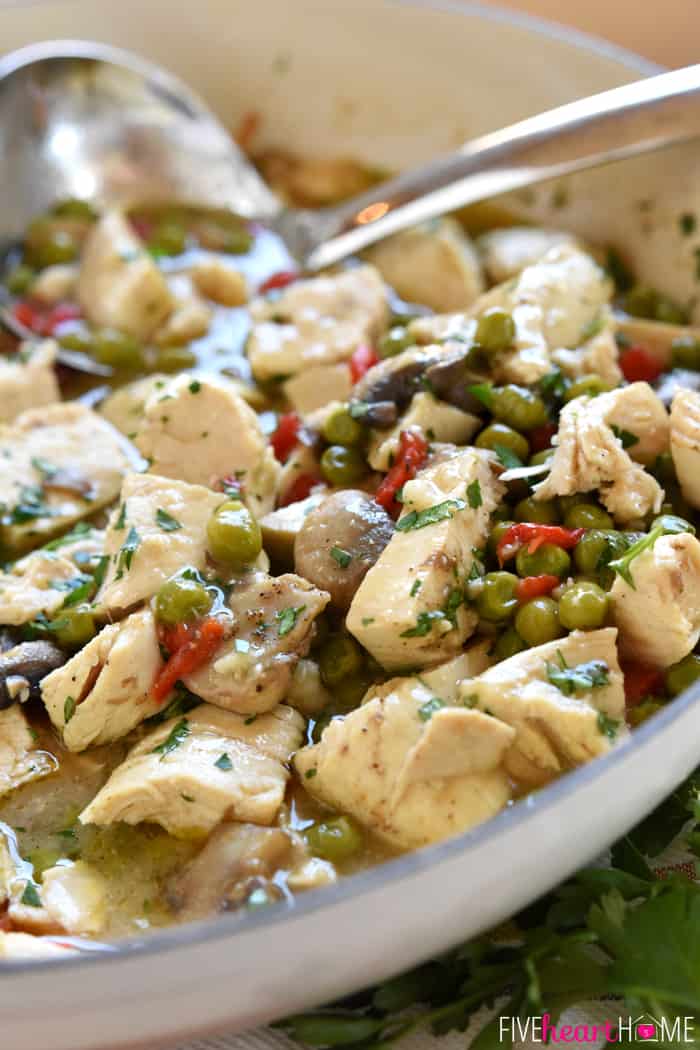 I've been making this recipe for as long as I've been married. In fact, I can literally remember watching the Rachael Ray episode from whence it was adapted back in the early days of the Food Network. Rachael promised that it was tasty and boy was she right. Don't tell anyone, but this is one of my beef-loving hubby's favorite dinners...when we've flat run out of beef, of course. 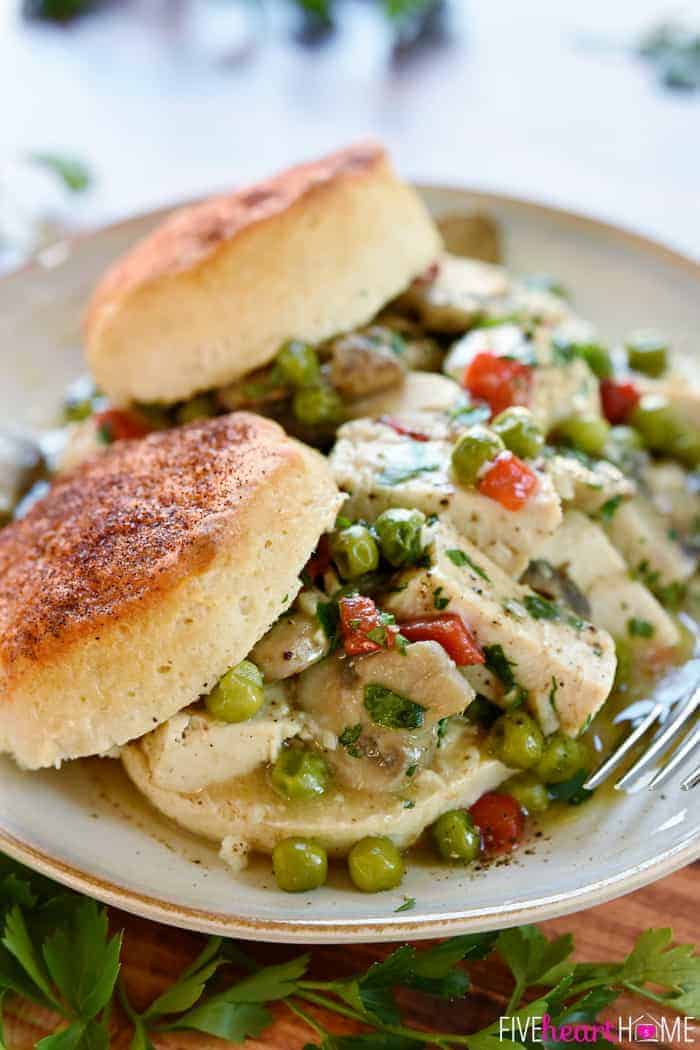 Y'all know that I love making kitchen staples from scratch, but I will freely admit to using jumbo canned refrigerated biscuits for this recipe.

That being said, I do use the natural ones without any wonky ingredients...Immaculate Baking Company or Annie's are my favorite brands.

Before baking your biscuits, just be sure to sprinkle the tops with a little sweet paprika (for a mild version) or cayenne (for some spice).

It pretties up those store-bought biscuits and gives them a bit of extra flavor, to boot. 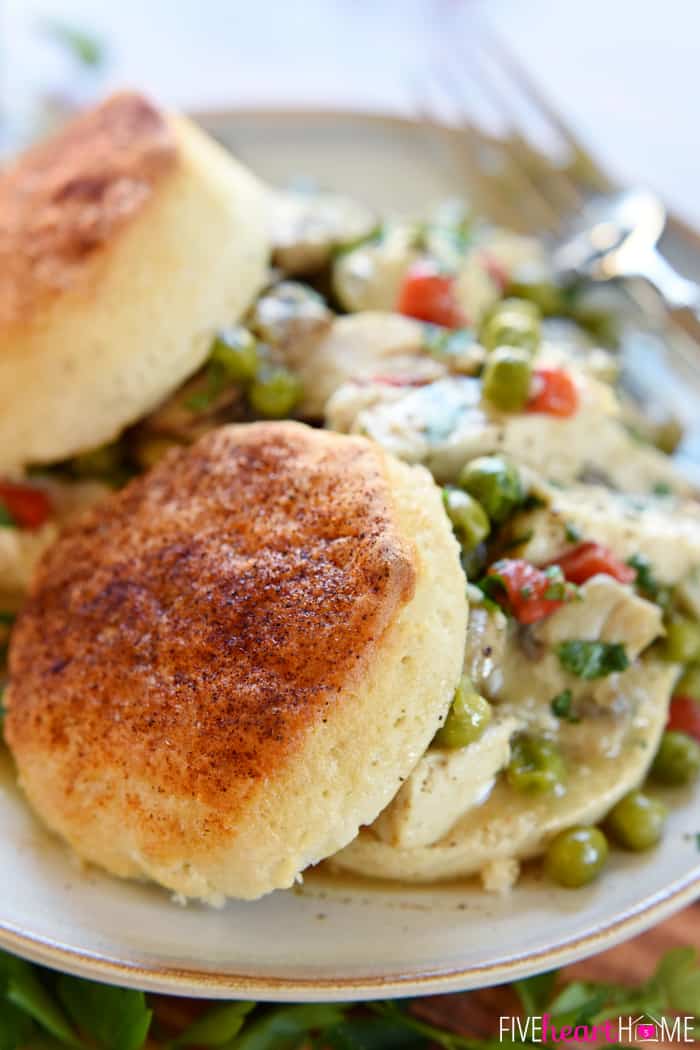 Well, I have a sick, waking-up-every-20-minutes toddler to tend to tonight, so I'm going to curtail the yammering and leave you with this: Chicken à la King is a quick, healthy, straightforward recipe that's also special enough to serve to company.

Make it, love it, add it to your repertoire!

You can thank me later. 😉 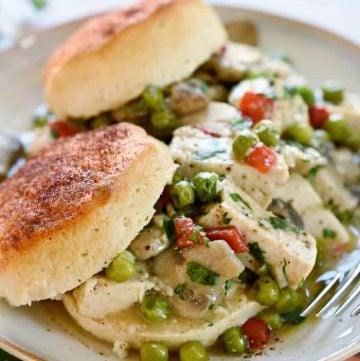