French Breakfast Puffs are tender vanilla muffins drenched in melted butter and dipped in cinnamon sugar for a sweet and crunchy coating that makes breakfast time a treat! 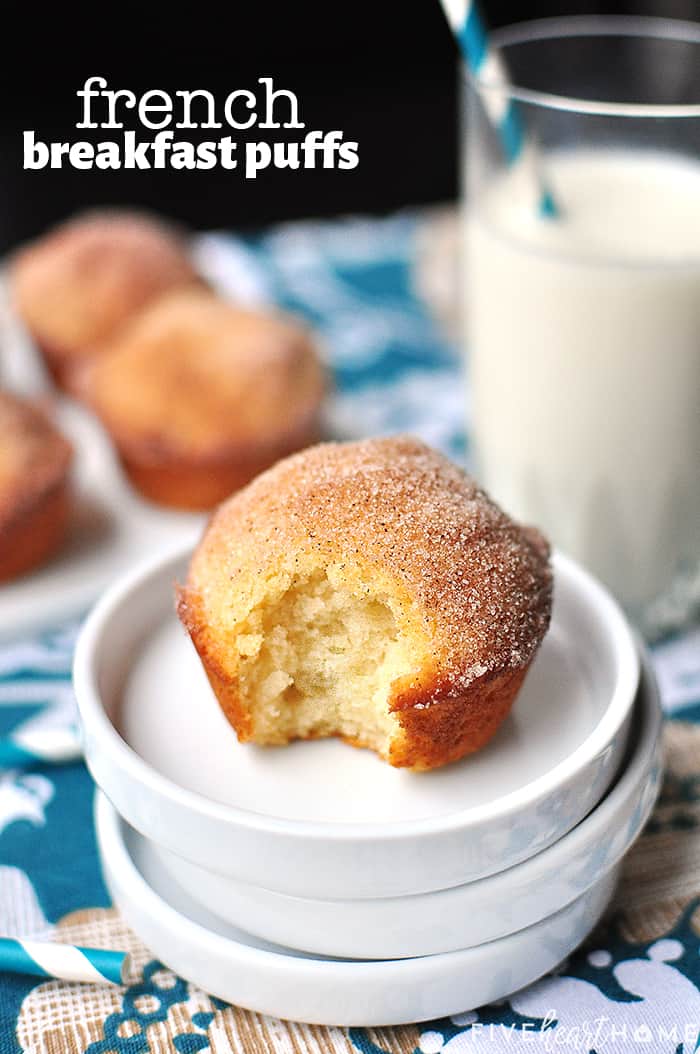 The recipes that I share here at Five Heart Home generally fall into one of two categories: (1.) favorite recipes, beloved by myself and my family, that I've been making for years, and (2.) new recipes that we recently tried and loved. Today's recipe is a happy foray into the former variety.

When I was growing up, my mom often made French Breakfast Puffs. I loved them so much that when I headed off to college, this recipe had the honor of being amongst the few that I transcribed onto an index card and stored in a recipe box containing my treasured recipes from childhood. This is not to say that I did a lot of cooking in college. But I did graduate with that same recipe box in tow, which I then began consulting a bit more once I met my husband and decided that I actually enjoyed being domestic. Who knew??? 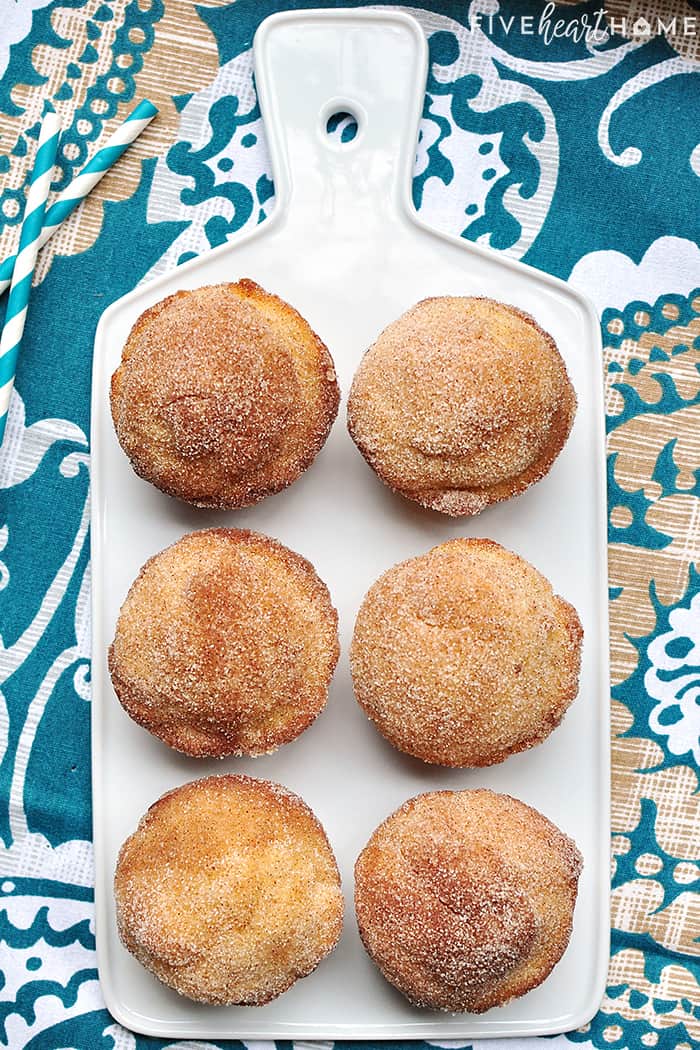 What is a French Breakfast Puff?

Well, let's just get it out there that the name is pretty much a misnomer.

First off, these beauties are not French; rather, they first appeared decades ago in a Betty Crocker cookbook.

Nor are they true "breakfast" material in the sense of having any nutritive value...which they do not.

However, while their lack of protein, fruit, and/or fiber means that I wouldn't necessarily feel good about feeding these to my kids as a regular school day breakfast, I do think they make a special treat. And they're a lovely pastry-caliber addition to a holiday breakfast or brunch buffet!

As for calling them puffs...well, I suppose they do puff up. But their texture is more muffin than cupcake, almost akin to a cake donut.

But despite not being French, nor part of a balanced breakfast, nor particularly puffy, French Breakfast Puffs are delicious. Take a buttery, sugary, vanilla-laced muffin -- excuse me, puff -- dip it in melted butter, and coat it in a generous layer of cinnamon sugar. What results is a delightful treat with a sweet, tender interior and a sugar-crunchy exterior, bragging flavors reminiscent of a snickerdoodle. 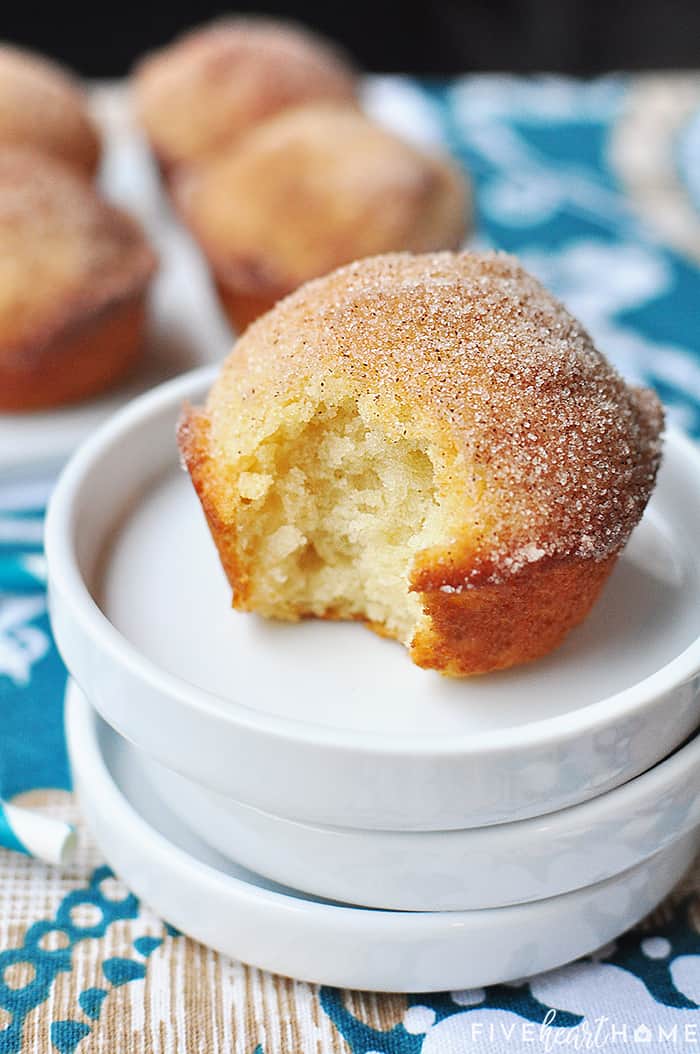 When I make these puffs these days, I do so from a recipe that I've updated for the times. The basics had no reason to change...

However, since the 1980s version of the recipe from my childhood included the original ingredients of shortening and margarine... 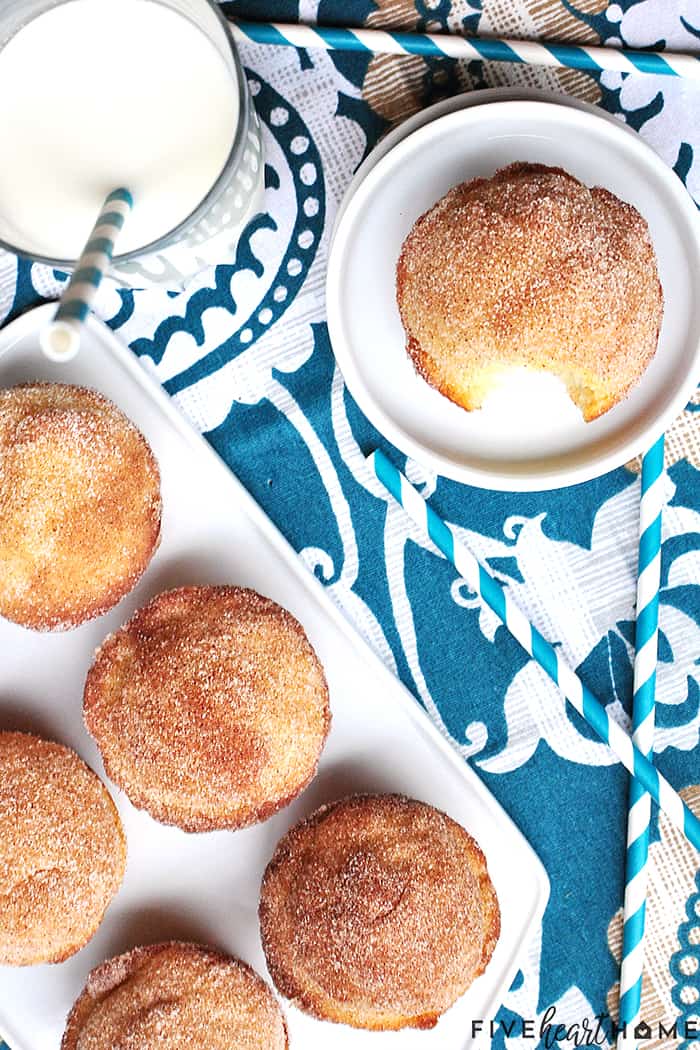 How to Make French Breakfast Puffs

This steps are simple and straightforward as well.

Yep, these delightful muffins are perfectly acceptable at room temperature, but they are heavenly when eaten fresh and still warm from the oven. 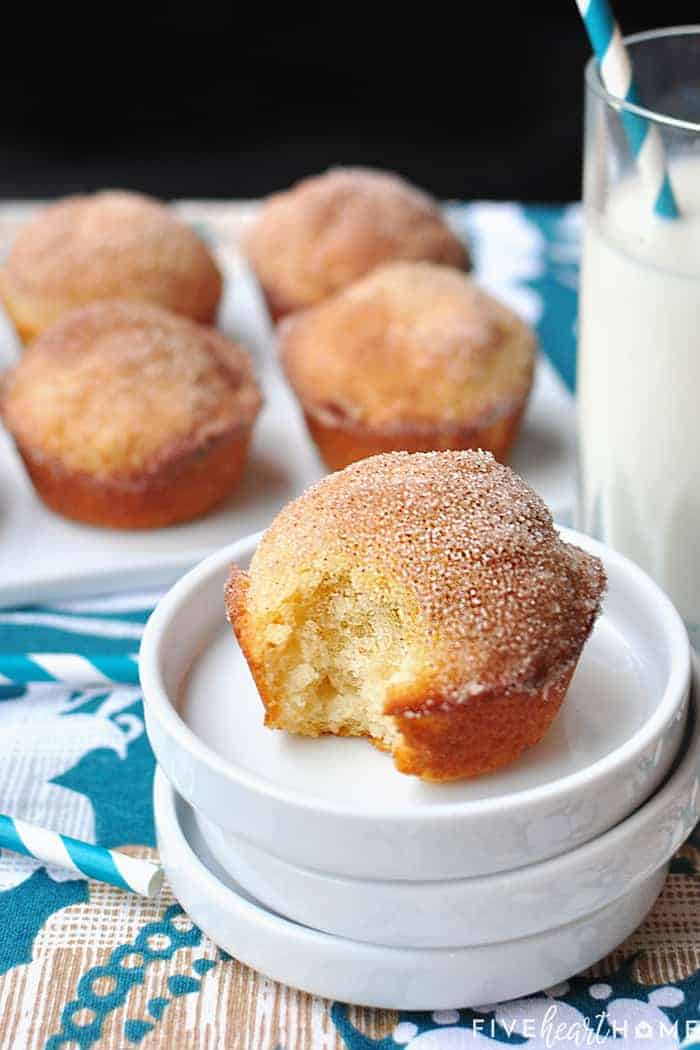 I grew up enjoying them with just the tops dredged in butter and cinnamon sugar, but you could certainly dunk and roll the whole muffin so that every bit of its surface is covered in cinnamon and sugar bliss. Just be prepared to lick your fingers clean because they'll be a lot harder to pick up neatly!

That being said, you could also bake these up as mini muffins, in which case I would definitely coat them all the way around and subsequently pop them in my mouth like donut holes. 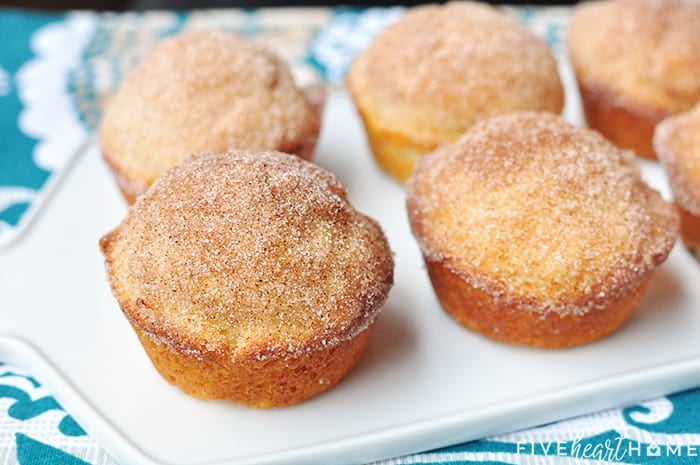 So maybe you're wanting to surprise your kiddos/overnight house guests with a special breakfast treat. Or maybe you're on the search for a yummy addition to your brunch menu. Or maybe you're considering a new and tasty holiday morning tradition!

Well, in any of the scenarios, look no further than French Breakfast Puffs! Because take it from me...if Betty Crocker has been wrong for all of these decades, then I don't want to be right. 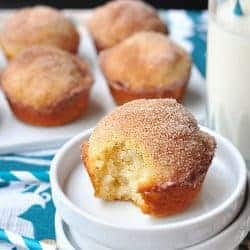