Rosemary Cider Brined Pork Loin is extra juicy and flavorful thanks to brining...and while it's easy enough to make for a weeknight dinner, it's impressive enough to serve for a special occasion! 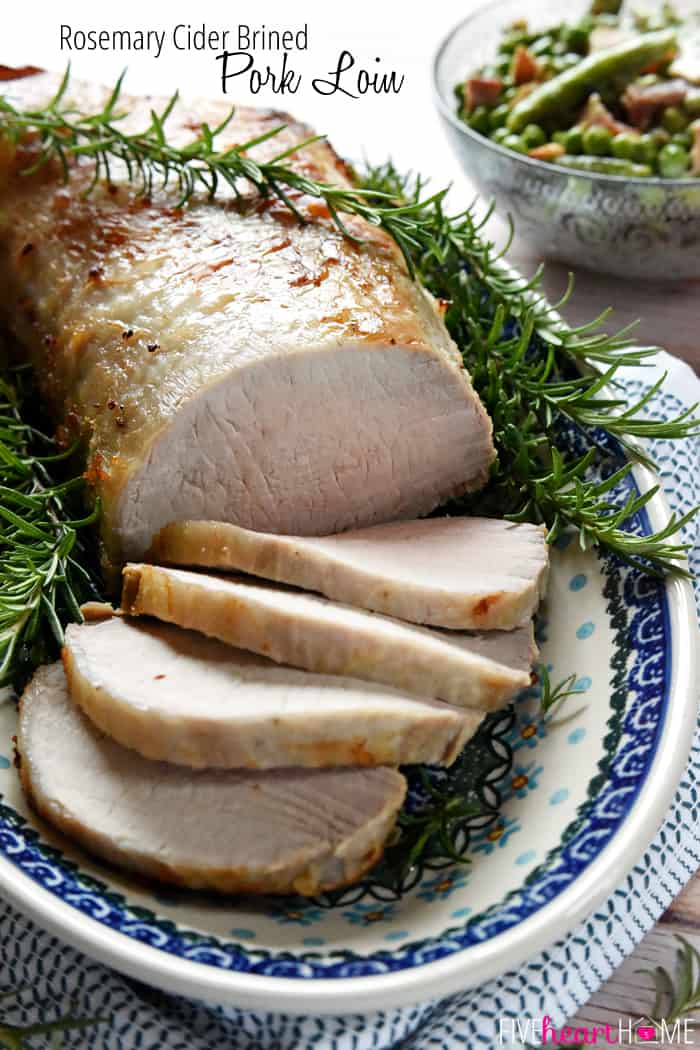 Easter is just one short month away, folks...so who's already started to think about your menu? 😉 I realize that most people like to cook ham for Easter lunch or dinner, and I shared a super easy, super tasty recipe for a Slow Cooker Brown Sugar Ham around this same time last year (which, incidentally, is my most popular holiday recipe of all time!). But for those of you thinking outside of the box this Easter, how about sticking with pork while giving it a decidedly un-ham-like twist?

Of course, it doesn't have to be Easter to enjoy this succulent, flavor-infused Rosemary Cider Brined Pork Loin. This recipe is so simple to prepare yet so impressively yummy that you could easily serve it to oohs and ahhs year-round -- whether at a dinner party or at the family dinner table. 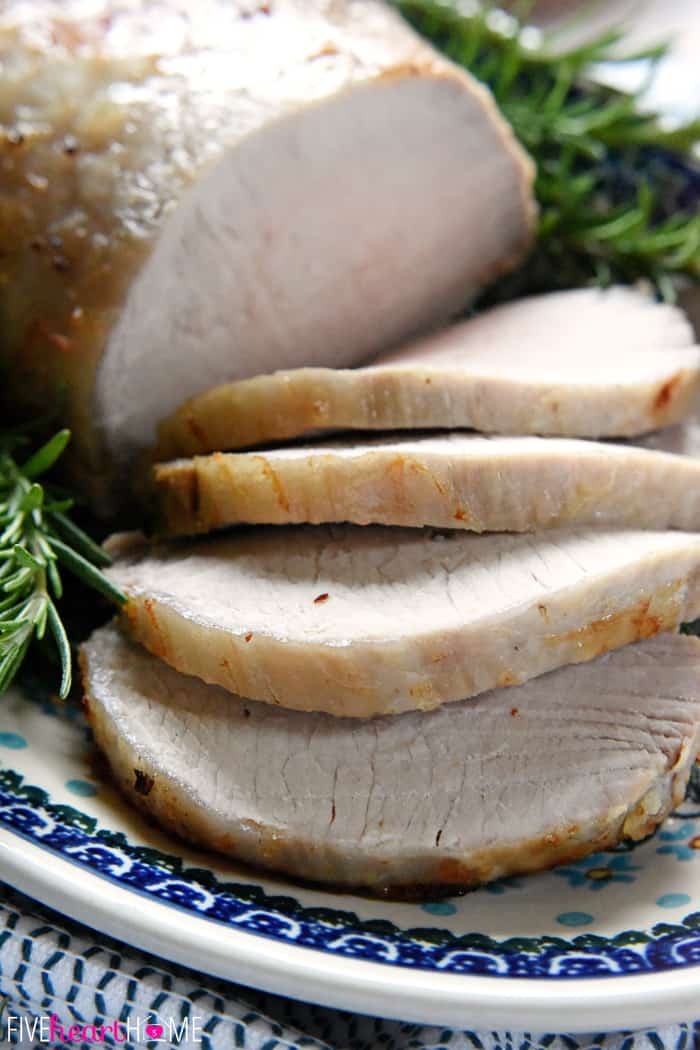 So what makes it so special?

Well, first off, we're starting with a good-sized hunk of relatively lean meat...and thus, the best way to infuse it with flavor and render it juicy is to brine it prior to roasting. The brine in question here is full of strong flavors -- after all, rosemary and apple cider don't mess around! But those flavors mellow out when they work their way into the pork loin, resulting in a savory main course that's not only juicy, but also perfectly seasoned. 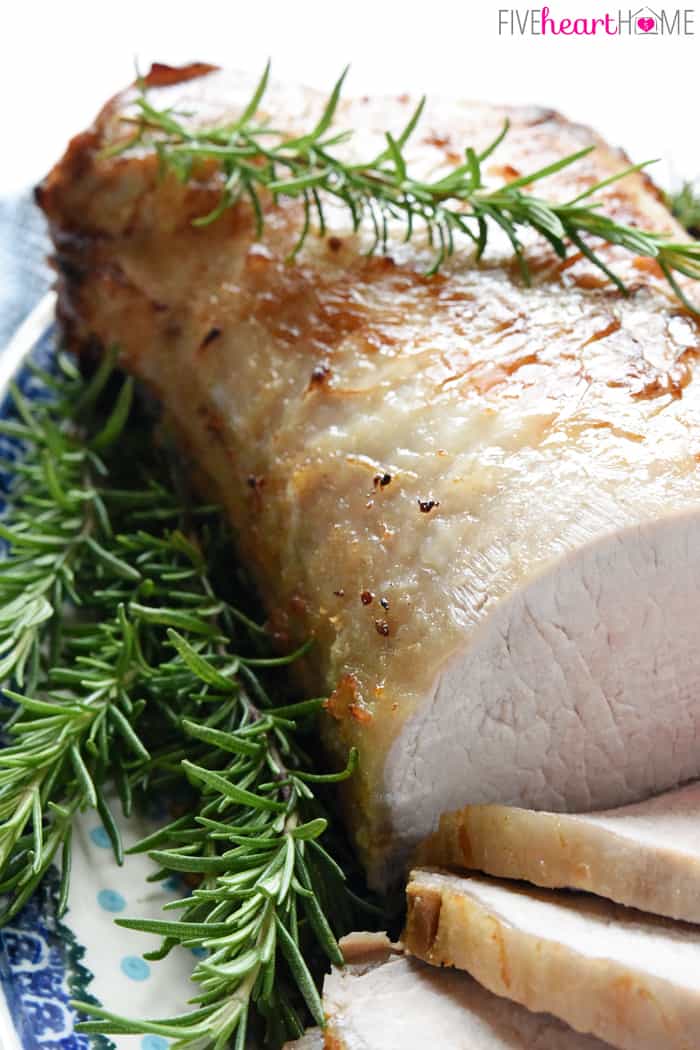 And let's take a moment to pay homage to the sauce that accompanies this dish, shall we? The pan drippings from the pork are transformed into a broth + apple cider-based sauce flavored with additional apple cider vinegar, rosemary, and a touch of honey. The outcome is a slightly sweet and tangy sauce that perfectly complements the tender pork. 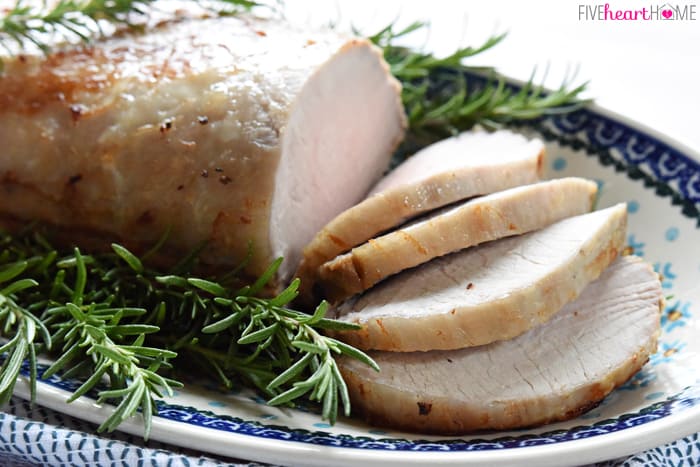 If ham has already got your number this Easter, I say go for it! But that doesn't mean you shouldn't also make room at some point on your upcoming spring menu for this Rosemary Cider Brined Pork Loin. Not only will it feed a crowd, but it will do so in a manner that leaves them full and happy. And come on now...what more can you ask of a recipe than that? 😉 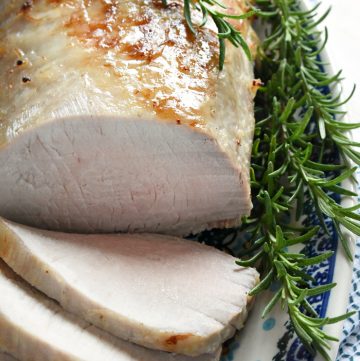