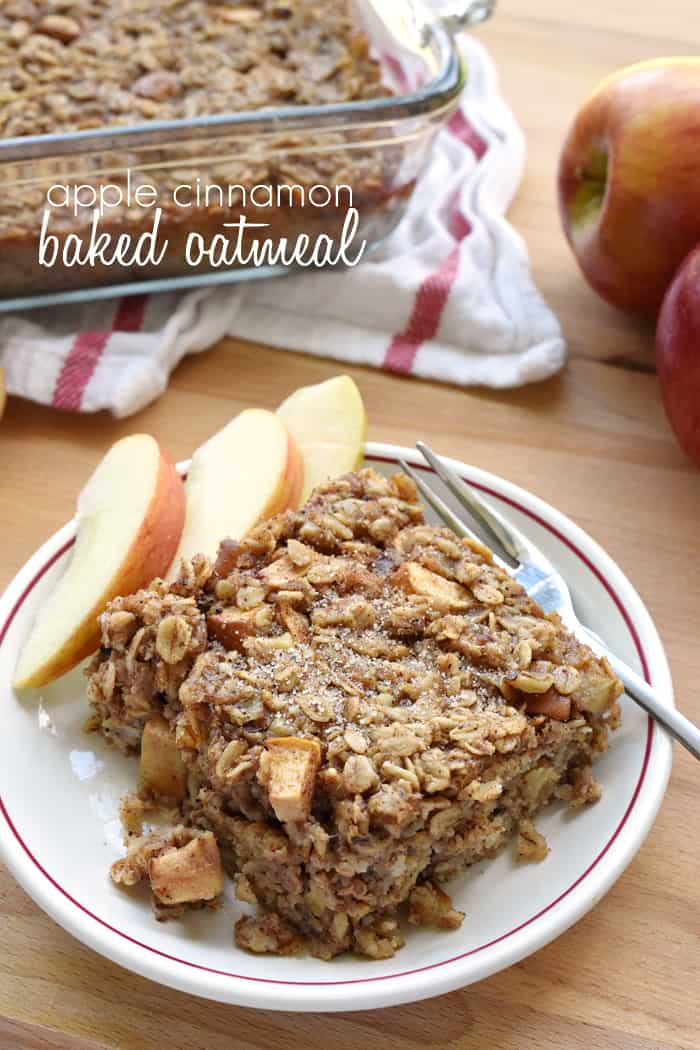 Y'all already know that I'm a baked oatmeal aficionado, so it should come as no surprise that I've concocted a new seasonal rendition for you.

Three cheers for Apple Cinnamon Baked Oatmeal! It's loaded with chewy oats, studded with chunks of apples and crunchy pecans, spiced with cinnamon, and sweetened with maple syrup...and it's the perfect way to warm up on a chilly (or not chilly) morning!

But juuuust in case you're new to the whole baked oatmeal phenomenon...

How to Make Baked Oatmeal

I'm happy to report that baked oatmeal is extremely quick and simple to make. 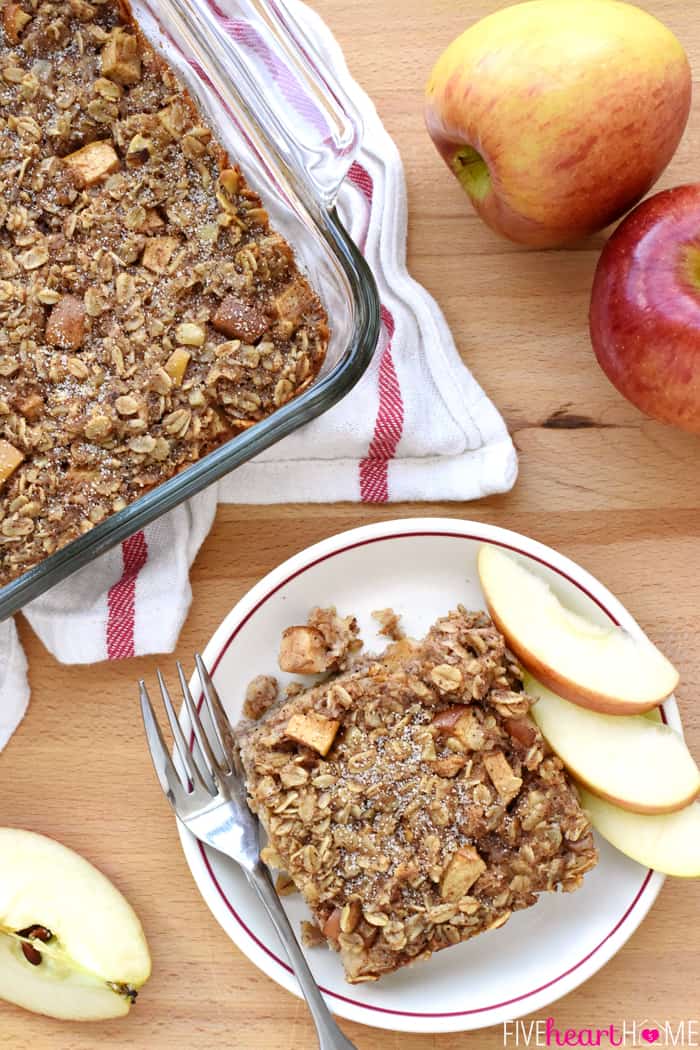 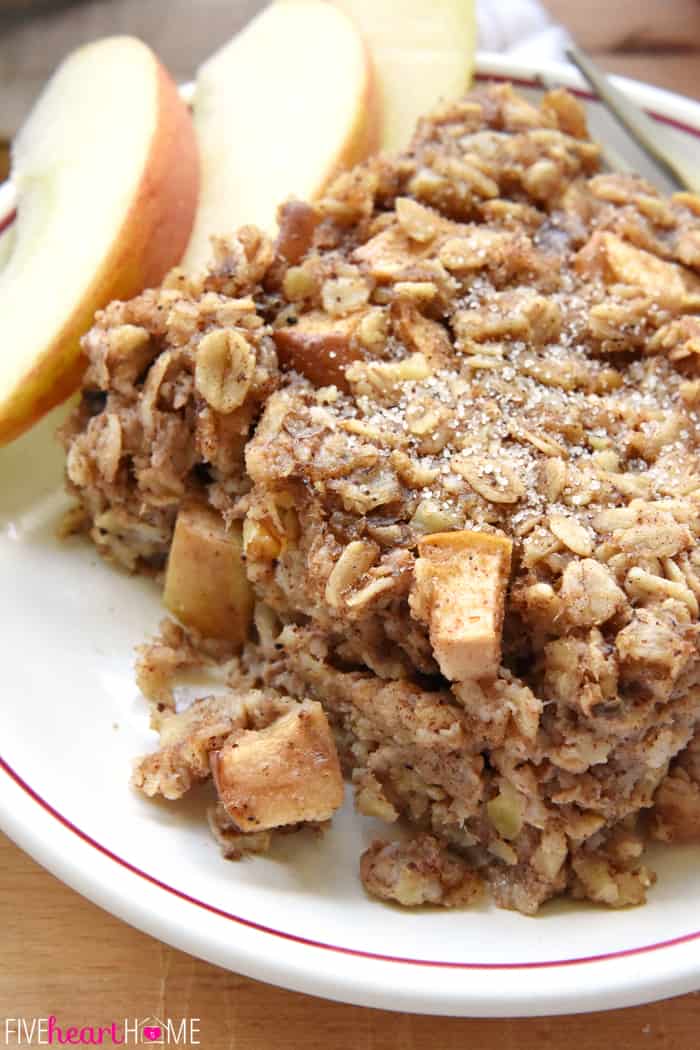 I prefer using old-fashioned rolled oats in my baked oatmeal for the best texture.

That being said, quick oats will work if that's all you have on hand. You'll just probably need to use slightly less since they're packed more tightly when measured out. 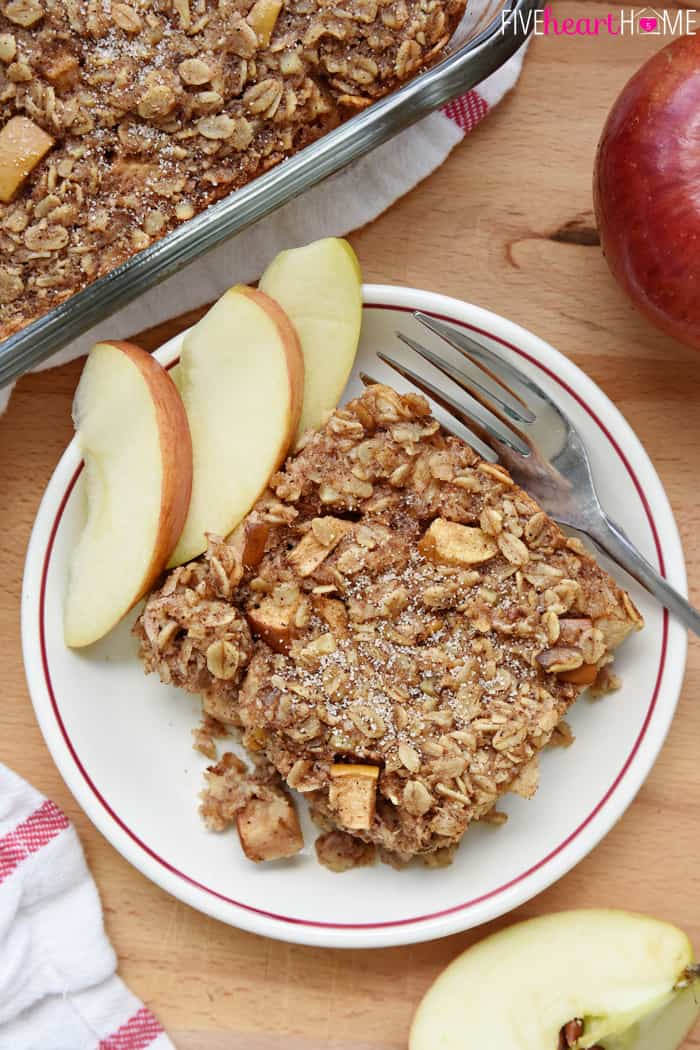 This Apple Cinnamon Baked Oatmeal is filling, wholesome, and lightly sweetened. I think it's delightful as is, but feel free to serve it with an additional drizzle of maple syrup, should you feel so inclined. Just don't tell my kids I said that.

Oh, what does it matter? They'll be too busy fighting over the last piece to hear you anyway. 😉 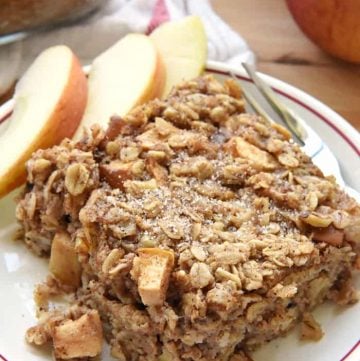