Baked Banana Donuts are soft, sweet, lightened-up, and easy to make, with your choice of a decadent chocolate glaze or a coating of cinnamon sugar! 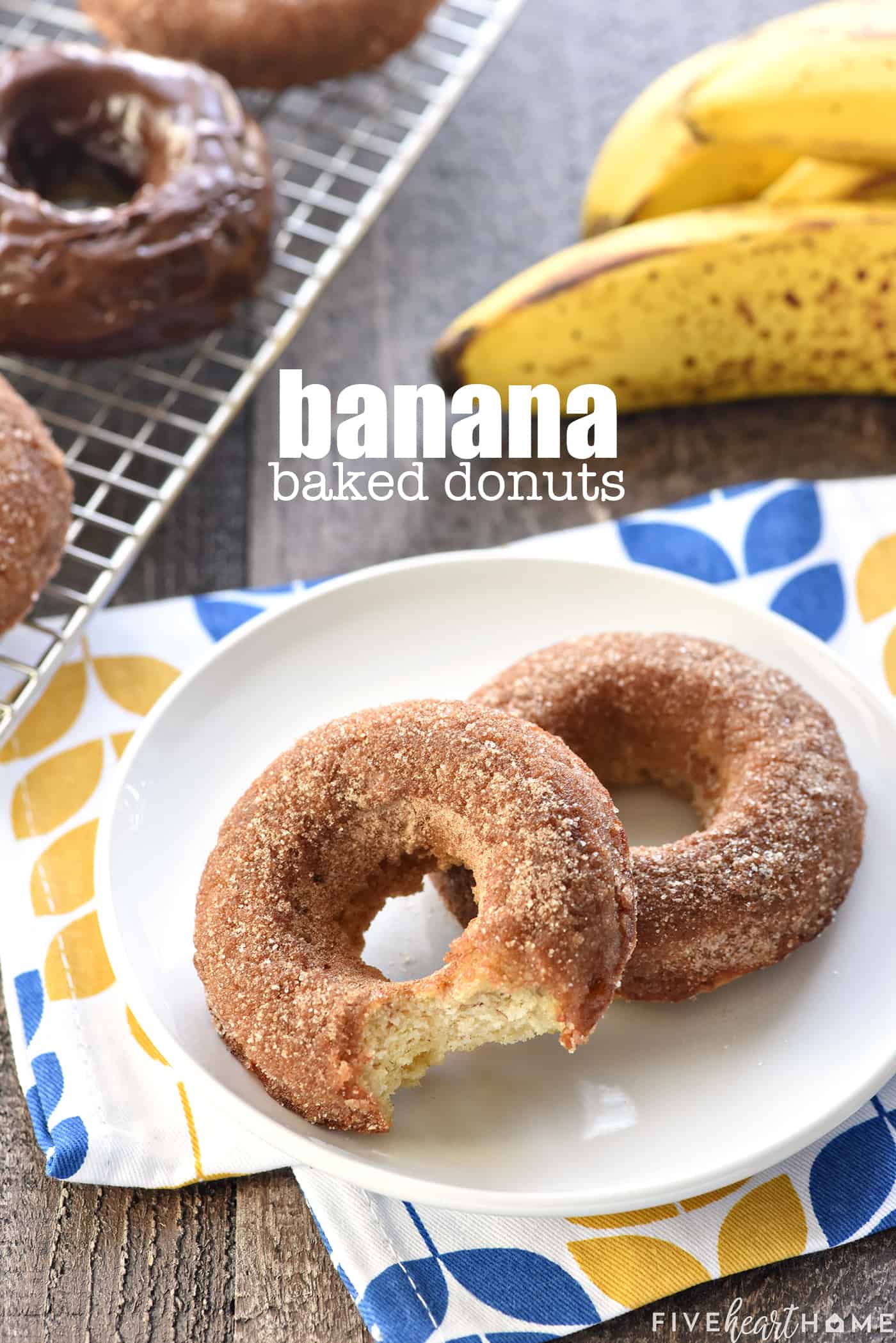 So how are y'all doing with your "Healthy Eating New Year's Resolutions"...still going strong or fallen off the bandwagon? Either way, today I'm bringing you donuts...but since they're Baked Banana Donuts, they're at least a little less guilt-inducing than those fried rings of deliciousness from the donut shop.? 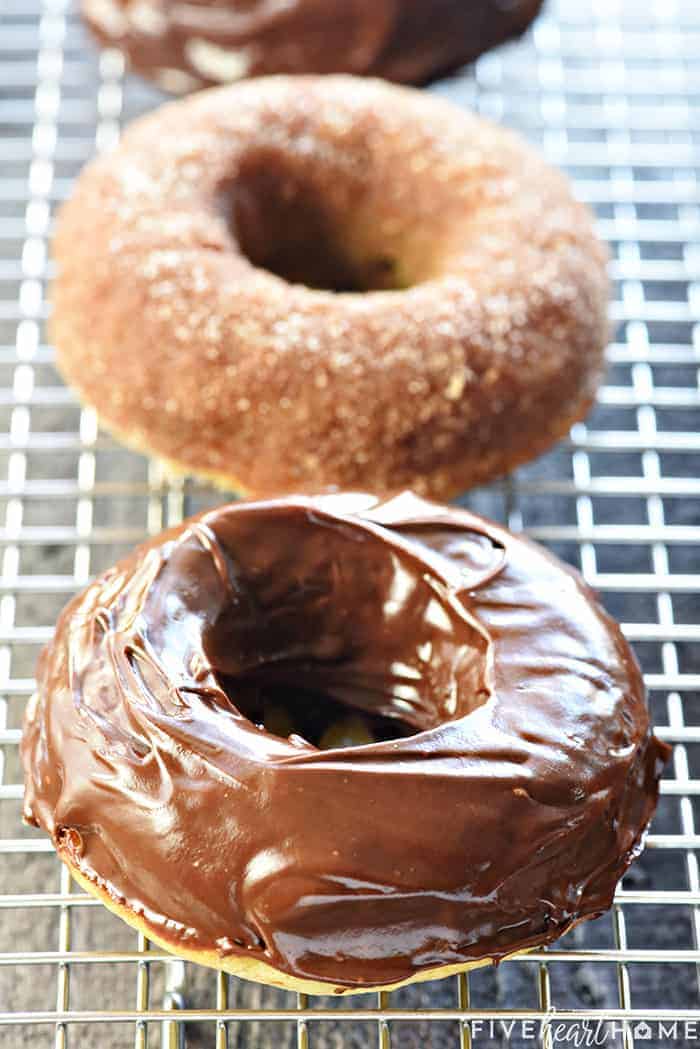 My kids are big fans of baked donuts. I mean, they're actually big fans of ANY donuts, but they know it's often easier to convince Mama to whip up some pans of slightly "healthier" baked donuts as opposed to buying a box of the sugar-loaded, fried variety. 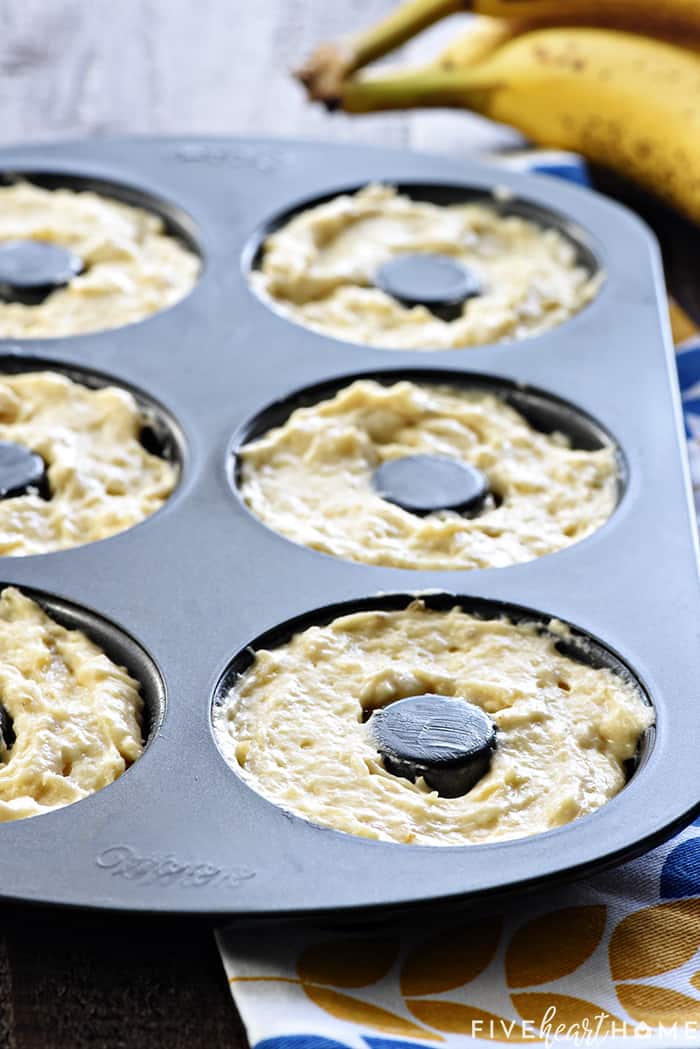 And don't get me wrong...these Baked Banana Donuts are not exactly health food. But they do get much of their sweetness from banana, with just half a cup of additional sugar. And they are obviously baked instead of fried. So when it comes to sweet donut-shaped treats, I honestly feel a little better when my family indulges in these bad boys instead of "real" donuts. 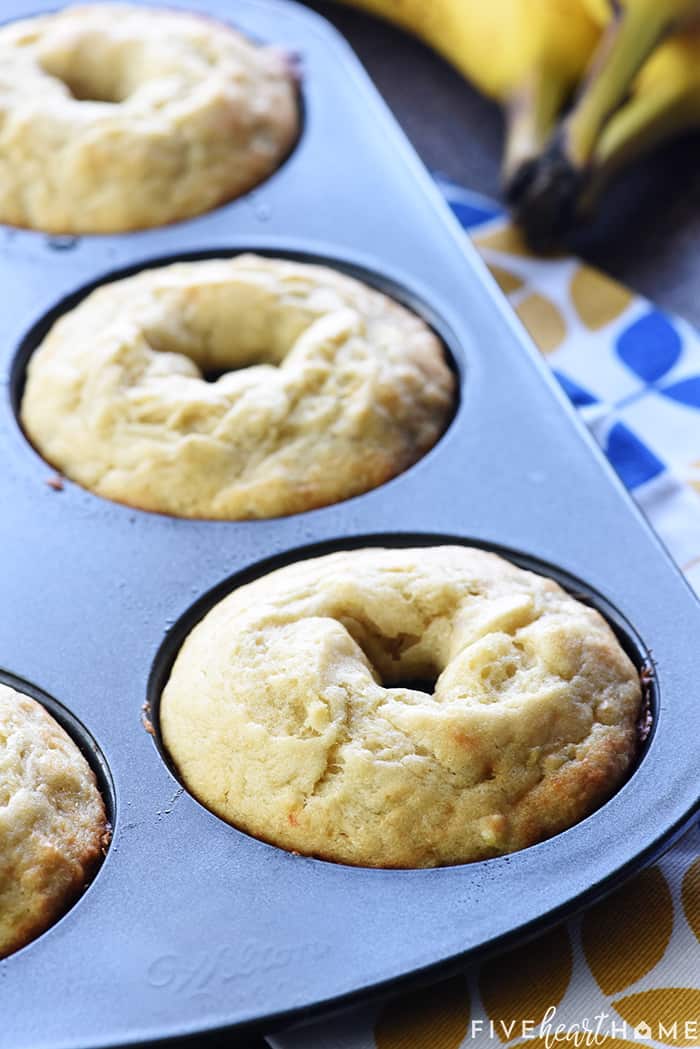 As much as I enjoy baking with banana -- and as much as my family enjoys being on the receiving end of banana baked treats -- it's amazing that it's taken me this long to concoct Baked Banana Donuts. But I finally did, and not a moment too soon! These little gems are like delicious banana bread in donut form...soft and sweet and oh so yummy. Any overripe bananas rotting away on your countertop would be honored to be turned into these!? 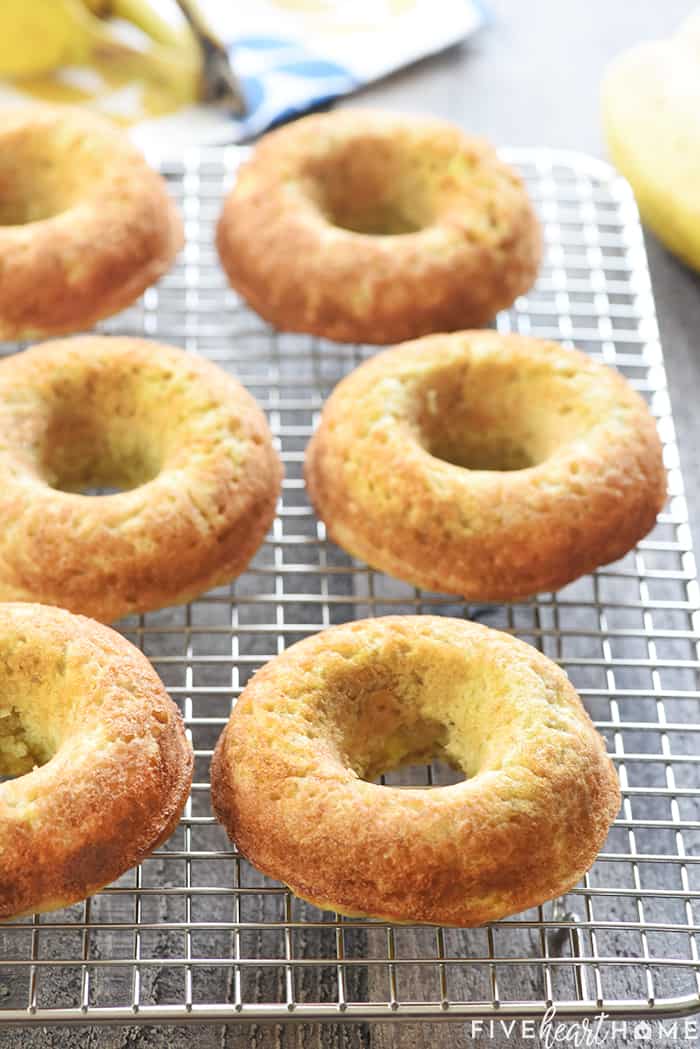 They're also extremely versatile and easy to customize to your liking. I've included a cinnamon sugar coating... 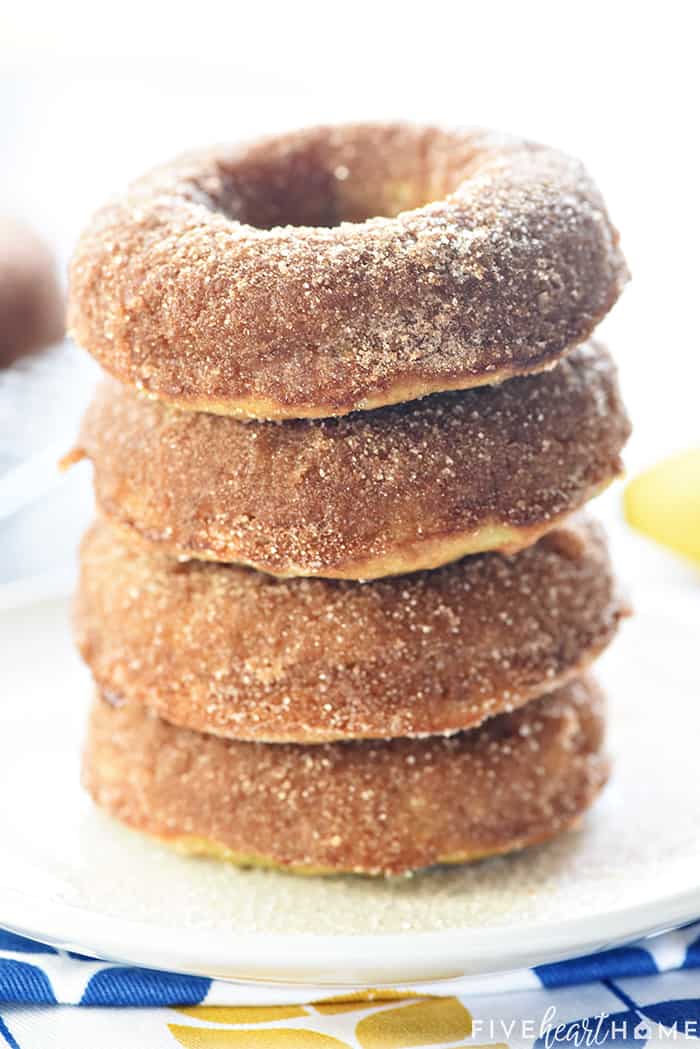 or a glossy chocolate glaze as options for this recipe. 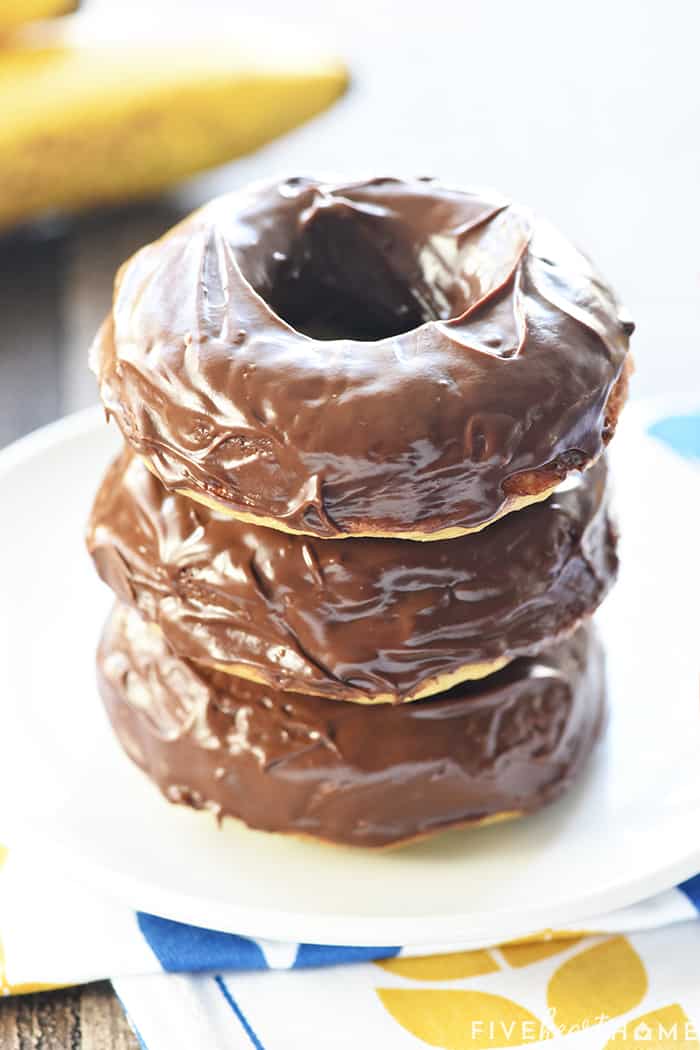 But you could also change up your banana donuts in other ways! Stir mini chocolate chips or toasted nuts into the batter. Coat with a simple vanilla or brown butter glaze. Or sprinkle any glaze with chocolate jimmies or mini chocolate chips or chopped nuts! The scrumptious possibilities are endless. And they're still pretty darn tasty if you decide to leave them plain! 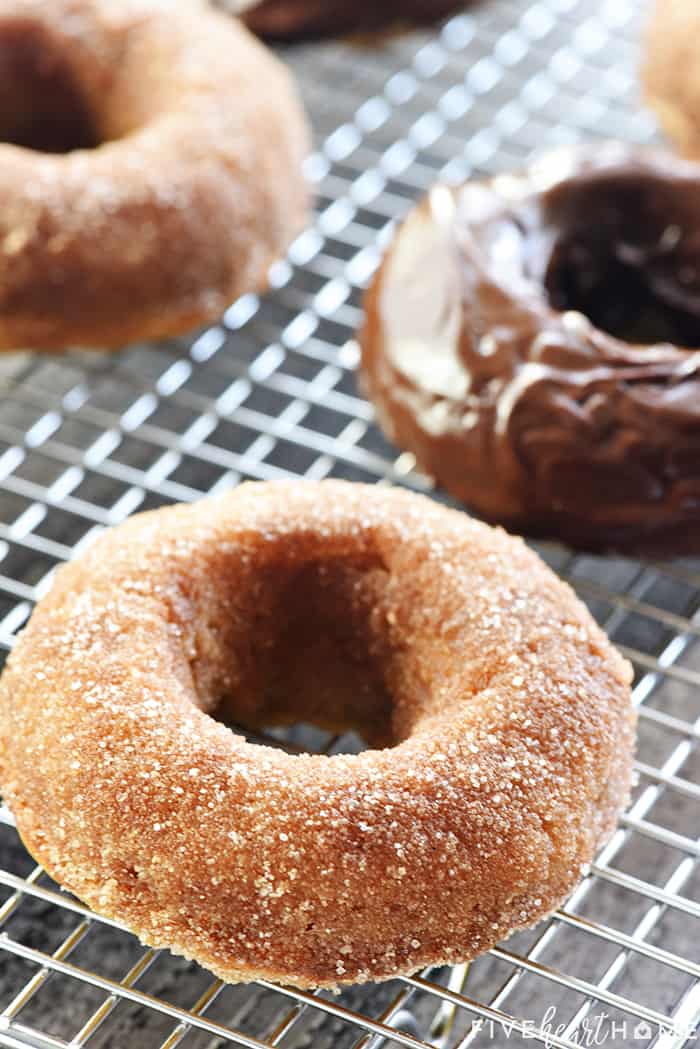 So how will you adorn your Baked Banana Donuts? Whether you serve them for breakfast or dessert or sometime in between, I hope these yummy treats are a hit with your crew! 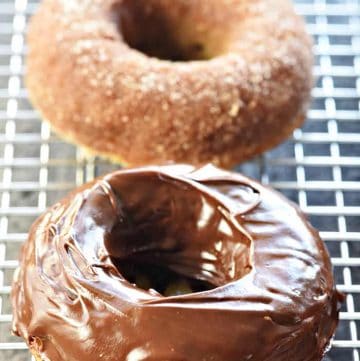 For the Cinnamon Sugar Coating:

For the Chocolate Glaze: 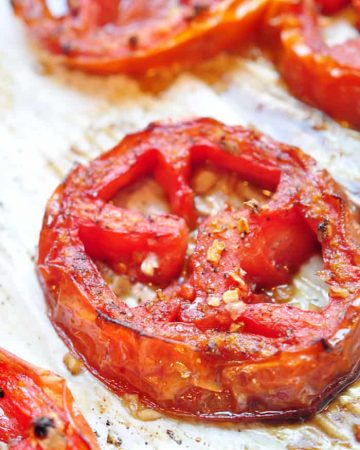