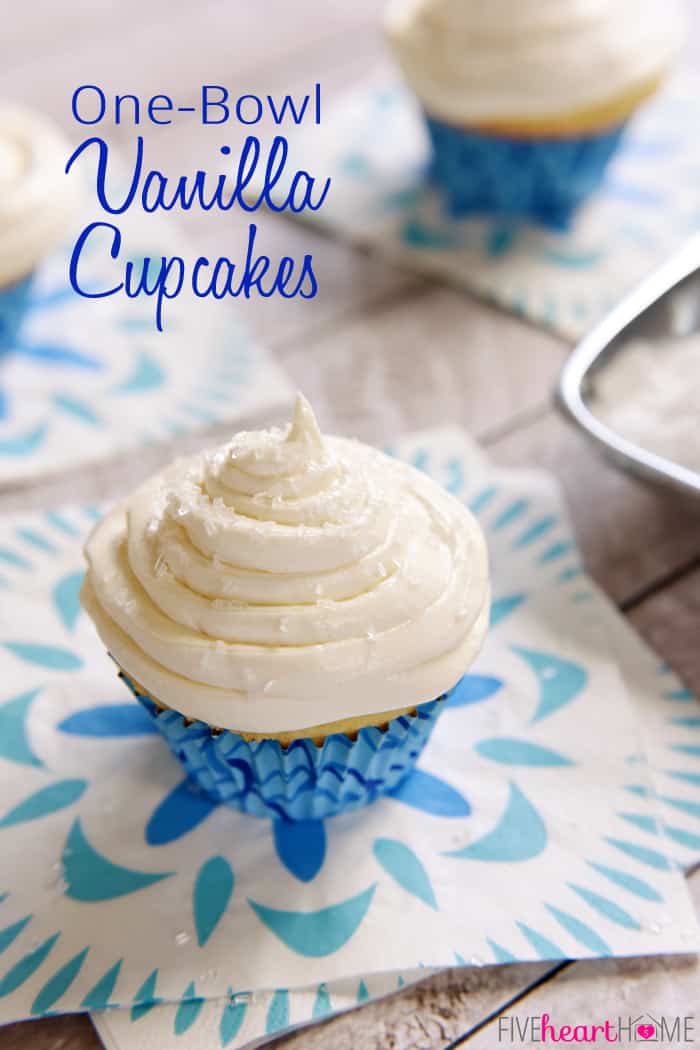 It's never been easier to whip up a batch of homemade Vanilla Cupcakes! Quickly coming together in just one bowl, these fluffy cupcakes are the perfect medium for any frosting, including this creamy, not-too-sweet, cooked buttercream.

If there's one recipe that I'm known for in real life (as opposed to food blog life), it would arguably be my Best Ever Vanilla Texas Sheet Cake Cupcakes with Cream Cheese Frosting. And if I already coined those cupcakes the best ever, then what in the world am I doing sharing another vanilla cupcake with you today? 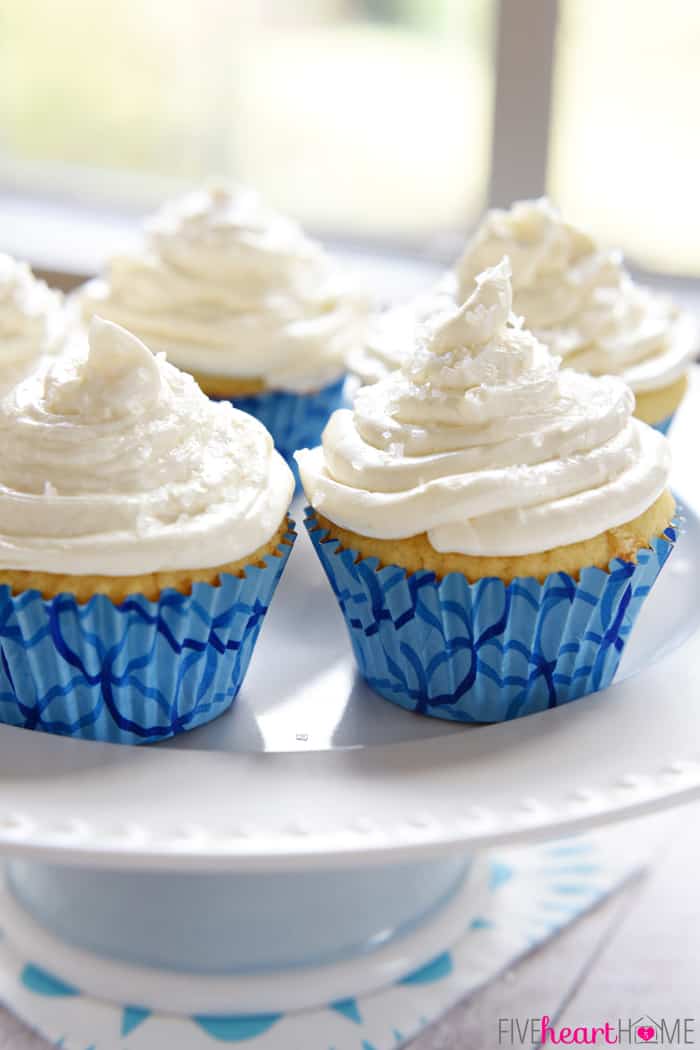 Last week my daughter turned two, and she spent the days leading up to her birthday requesting 'nill tup-tates...and she made that request about every 30 minutes from the time she woke up to the time she went to bed. I was more than happy to oblige her, but I decided to see if I could come up with a tasty new vanilla cupcake recipe for a change! You know, unlike the one that I already have memorized from making approximately 17 bajillion times.

Today I bring you a treat that's proven to me that there is room in this world -- er, my kitchen -- for two excellent, yet markedly different, vanilla cupcake recipes. They are both quick and easy to make. They are both completely and utterly yummy. And they both taste 100% homemade (which they are), but with minimal effort. So where, you might be wondering, lie the differences? 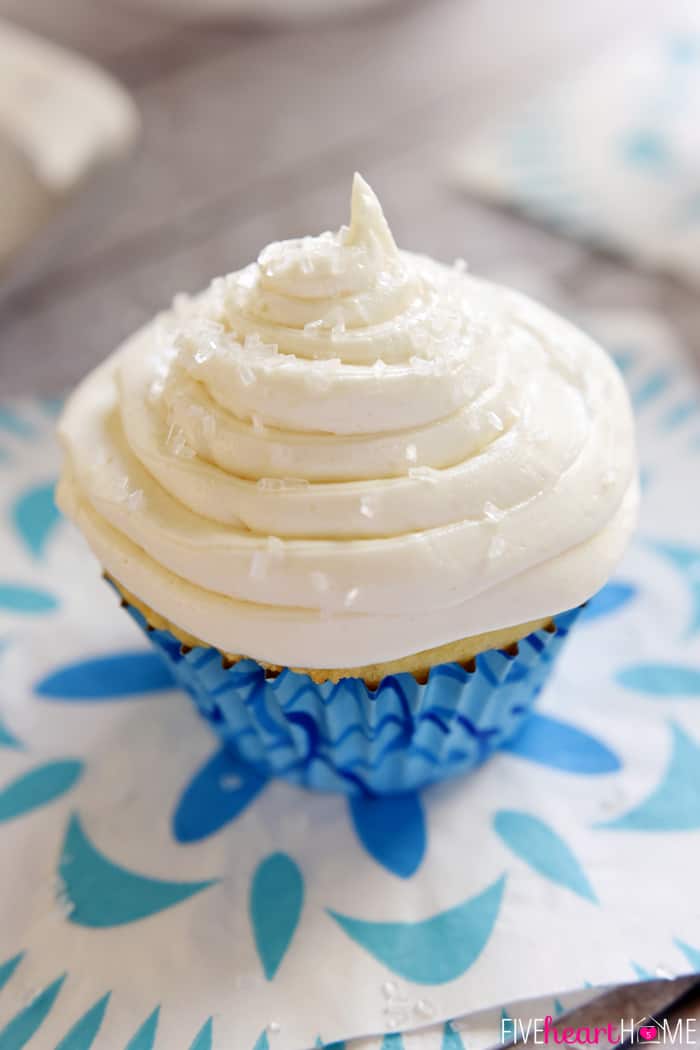 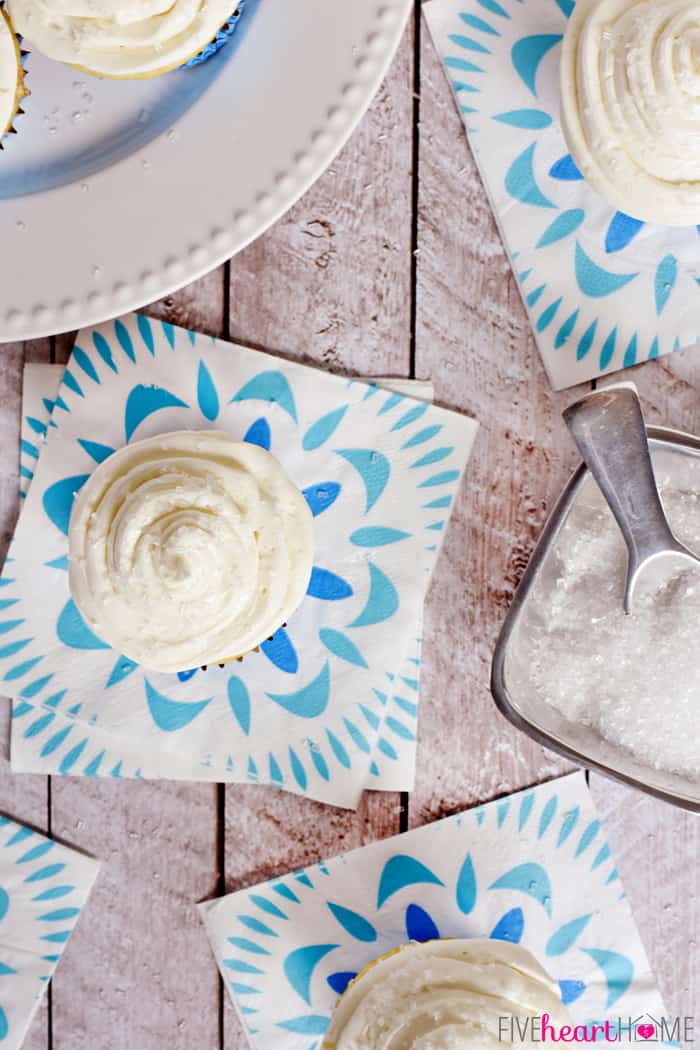 Furthermore, sheet cake recipes call for melting together and combining ingredients in a big ol' pot on the stove. On the contrary, these One-Bowl Fluffy Vanilla Cupcakes only require -- you guessed again! -- one bowl! Man, y'all are on a roll today. 😉

There's no carefully creaming butter or meticulously whisking together dry ingredients here. No sir-ee Bob...rather, you mix the dry ingredients in a big bowl and then dump in the wet ingredients without much rhyme or reason before blending everything up. It's as simple as making a boxed mix except the final result tastes about 473 times better, without that subtle artificial aftertaste. 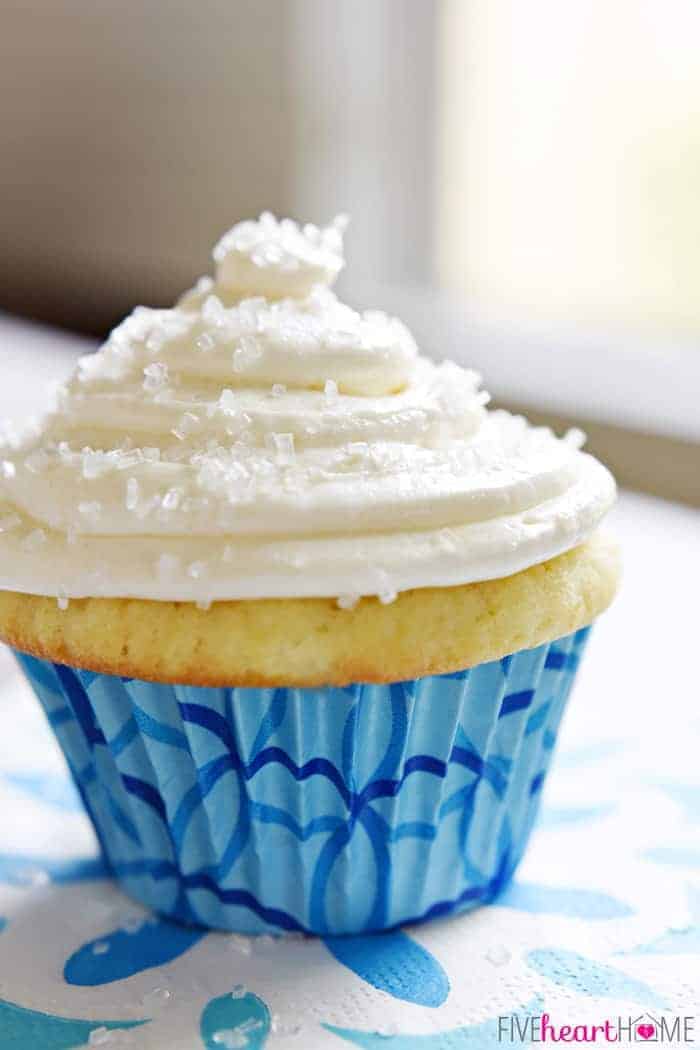 And now for a final word about the frosting. I will be perfectly honest with you and tell you that, to me, there is no better frosting on earth than cream cheese frosting. Chocolate frosting would take second place in my heart of hearts. I like white frosting/buttercream, but I have never considered it to be my favorite. However, my daughter wanted vanilla frosting, and vanilla frosting she was going to get!

I decided to try a variation of a flour-based, cooked buttercream that I've seen floating around the internet for several years now. It sounds really odd, starting with a cooked milk/flour/sugar base that's cooled before being incorporated with softened butter. But everyone positively raves about this type of buttercream, so I figured it was worth a shot. 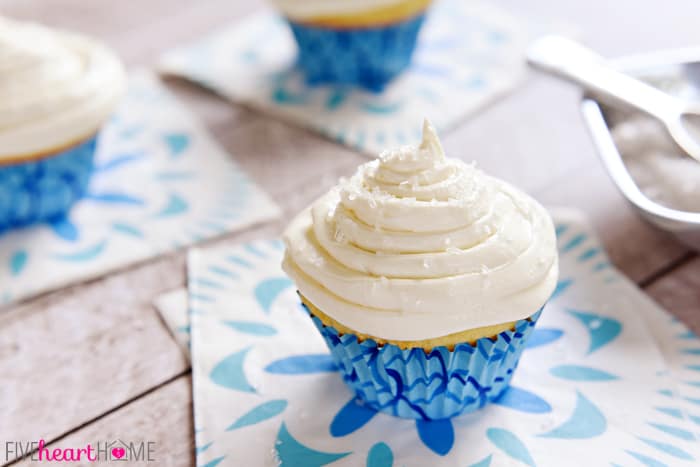 The verdict? I have to admit that this buttercream was surprisingly good and decidedly different than most white frostings out there. This cooked buttercream turned out delightfully smooth and creamy. It held its shape perfectly. And it was not cloyingly sweet like many white frostings can be.

In other words? It was the perfect topping for a sweet little birthday girl's 'nill tup-tates. 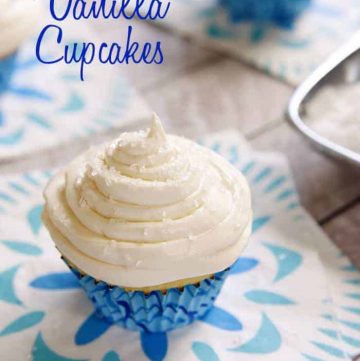