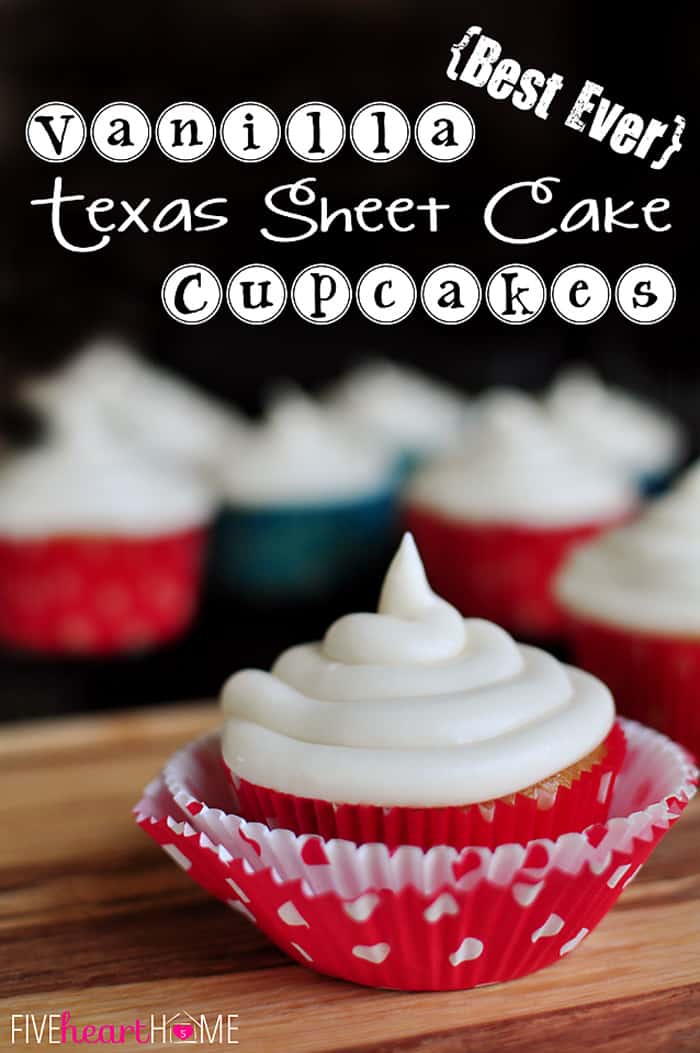 I know I'm guilty of using a lot of superlatives when I describe the recipes I share here. But this Yellow Cupcake recipe really does take the cake...no pun intended.

I get multiple requests for this recipe every time I make it, and that's saying a lot seeing as how I make these cupcakes no less than once a month between various birthdays, holidays, and school functions. In fact, it's gotten to the point that when an event requires a baked good, I am specifically requested to bring Samantha's cupcakes. 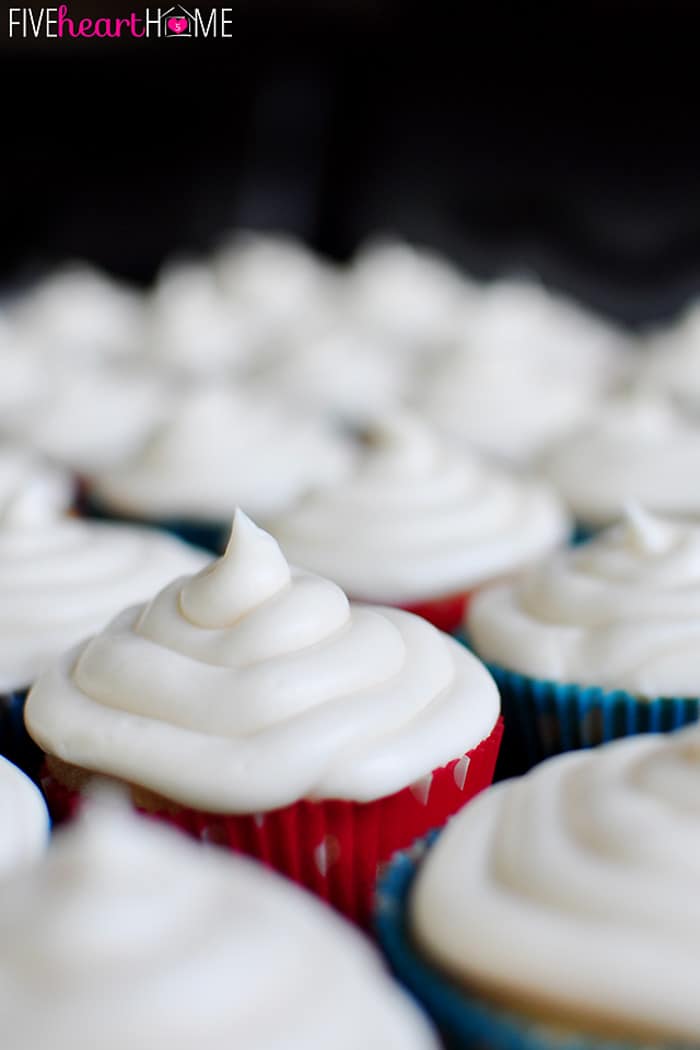 There is just something so good, and a little bit different, about this recipe. These are not your standard cake-mix texture, light-and-fluffy cupcakes. They don't rise a great deal and are actually somewhat dense, but not at all in a bad or heavy way. These cupcakes are incredibly moist, and the flavor is somehow more complex than your standard Yellow Cupcakes. 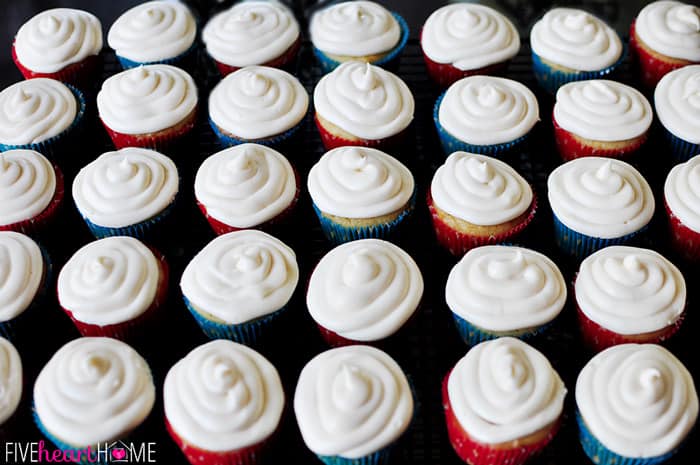 If you're familiar with the wonders of a chocolate Texas Sheet Cake, this cupcake recipe was actually adapted from a version of a white Texas Sheet Cake. So when you bite into one of these beauties, there's an almost custardy undertone from the eggs and a slight tang from the sour cream. But most importantly, the true flavor of the vanilla shines through. 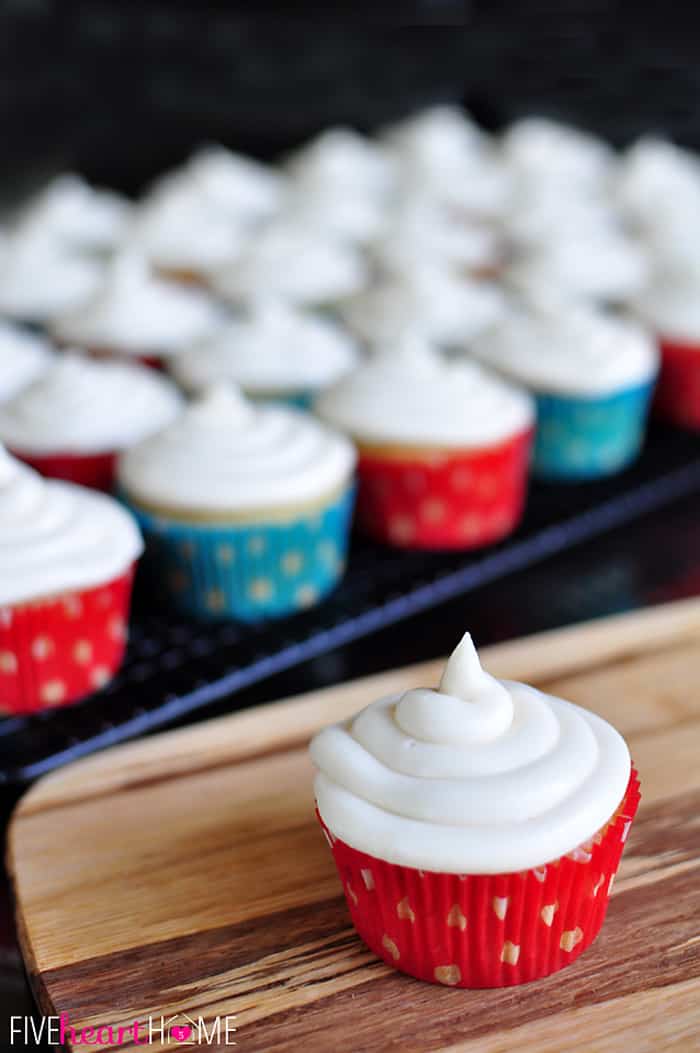 Now I try not to be an ingredient snob, but I really believe it's important to use a high quality, pure vanilla extract in your baking, particularly in a recipe like this one (or sugar cookies, or chocolate chip cookies) where vanilla plays a starring role. There is one brand of vanilla that I think is so superior-tasting that it's the only type I'll buy anymore, and that's Nielsen-Massey Madagascar Bourbon Pure Vanilla Extract. You might not be able to find it at your local grocery store, but they carry it at places like Whole Foods or Williams Sonoma. I do a lot of baking, so what I do is order a huge, 32-ounce bottle of it off of Amazon, which lasts me at least six months. It might seem like a lot to spend on vanilla extract at first glance, but if you divide out the cost per ounce, you'll probably be surprised to find that it's comparable in price to your average grocery store vanilla...and I promise y'all, it is amazing stuff and really makes a flavor difference when you bake. Okay, I'll hop off my soapbox now, but rest assured that when I share a list of the favorite secret ingredients in my kitchen/pantry arsenal, this vanilla will be towards the top. 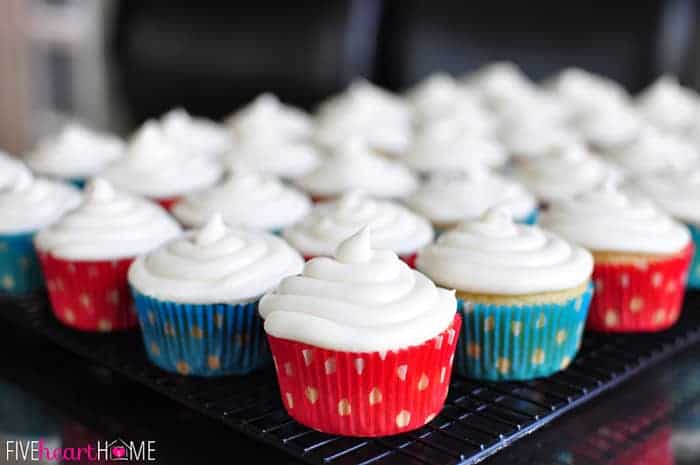 The other great thing about this recipe is that it's a one-pot wonder. There's no mixing dry ingredients in one bowl and creaming butter and sugar in another. Heck, you don't even have to have the forethought to set out the butter ahead of time for softening. Just melt and mix in a big pot and you're ready to scoop the batter into cupcake liners and pop your pans in the oven. This recipe honestly doesn't take much longer to whip up than a boxed mix, and the final result is so much tastier that you may very well never buy a boxed mix again. 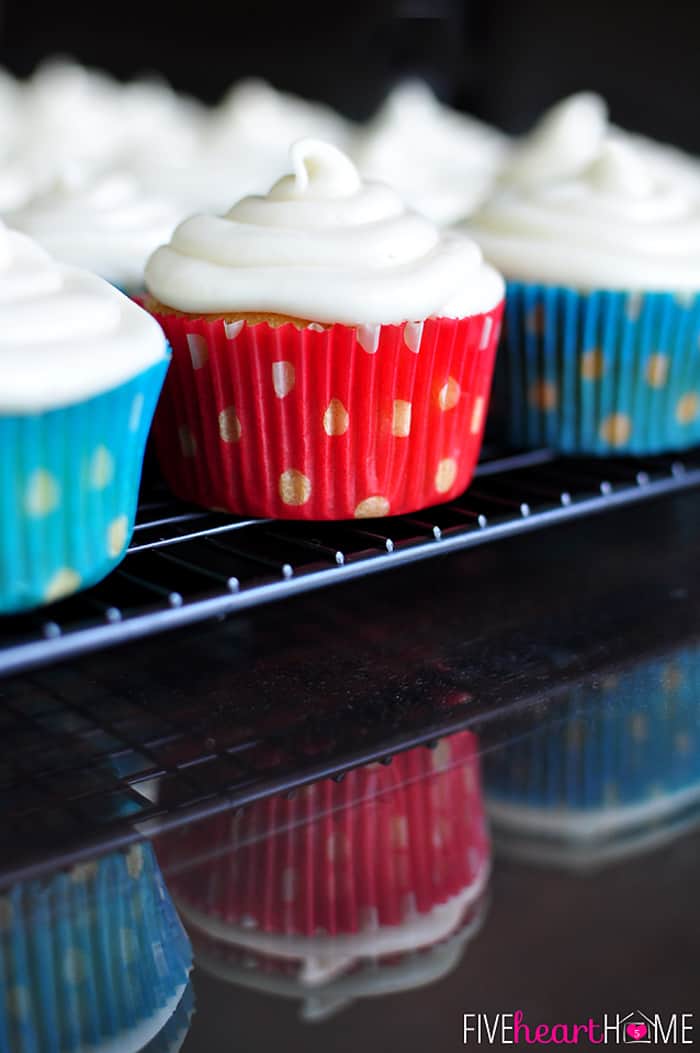 Lest we forget, where there is a cupcake there must be frosting. This Yellow Cupcake recipe would be nicely complemented by just about any type of frosting, but in my humble opinion, they are unbeatable topped with cream cheese frosting. You can spread it on with a knife or, as I did with this batch of cupcakes, scoop it into a gallon-sized zipper baggie, snip off the corner of the bag, and pipe it on in a pretty little swirl from the outside perimeter to the center. 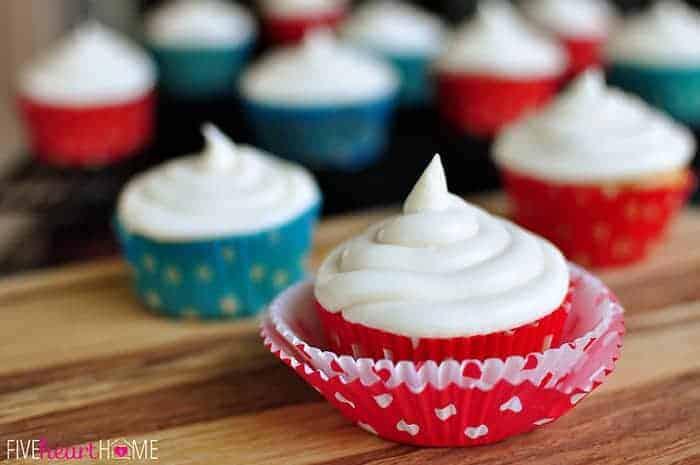 Do keep in mind that this recipe doesn't quite make two dozen cupcakes. Because they don't rise a whole lot, you don't want to skimp on filling your cupcakes liners, and as a result, the batter should yield around 20 cupcakes. I doubled the recipe for my son's birthday party this past weekend and ended up with exactly 40 cupcakes. Since the amount of frosting made with this recipe is enough to generously frost about two dozen cupcakes, you may have a bit of frosting left over (oh, darn!)...and if so, you have my permission to eat it with a spoon. 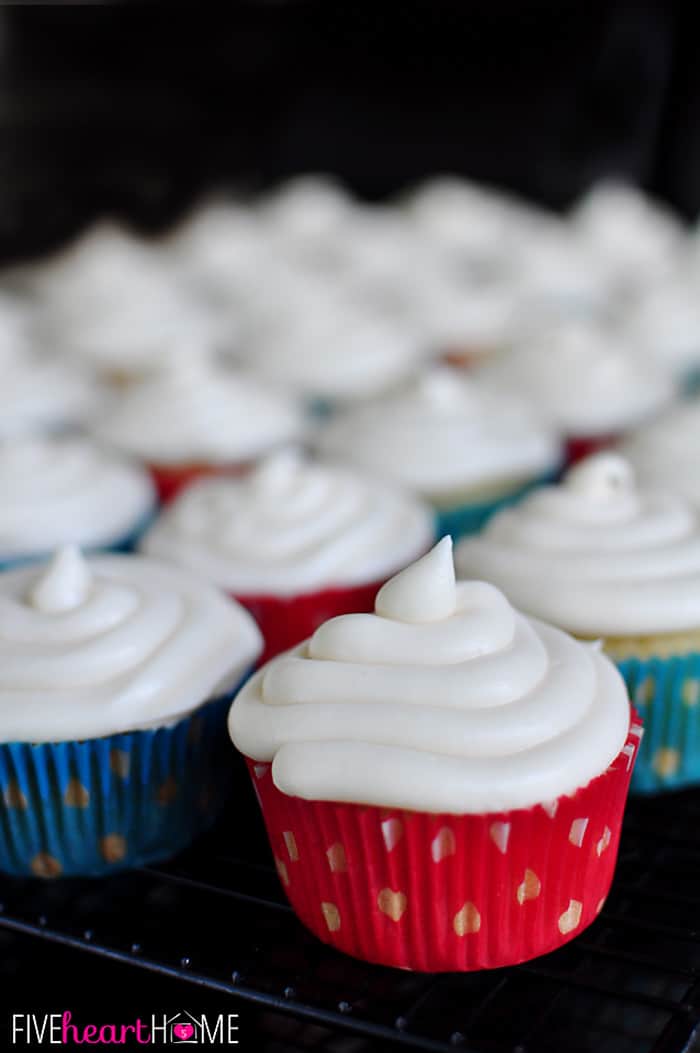 So what are you waiting for? Whether you're celebrating a birthday, a holiday, the last day of summer vacation, or the second Tuesday in September, these Yellow Cupcakes deserve a permanent spot in your recipe collection. Try them once and I think you'll agree! 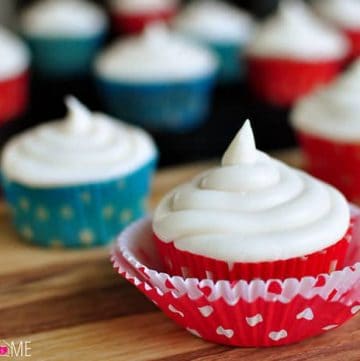 Previous Post: « How to Get Your Kids to Eat Their Veggies
Next Post: Back-to-School Teacher Survival Kit ~ FREE PRINTABLE! »