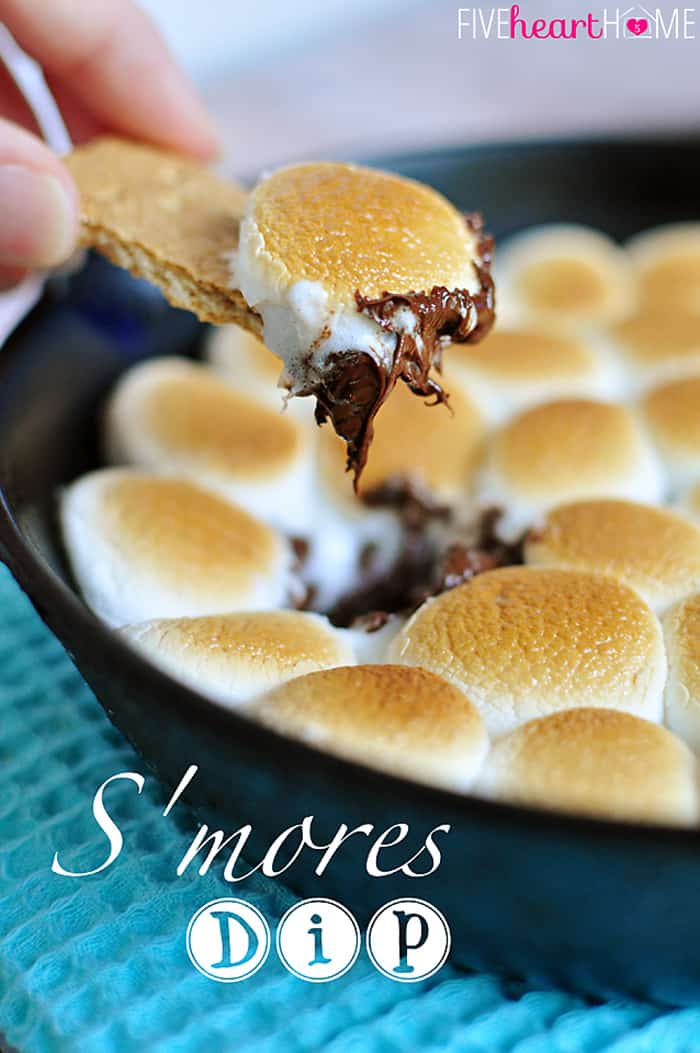 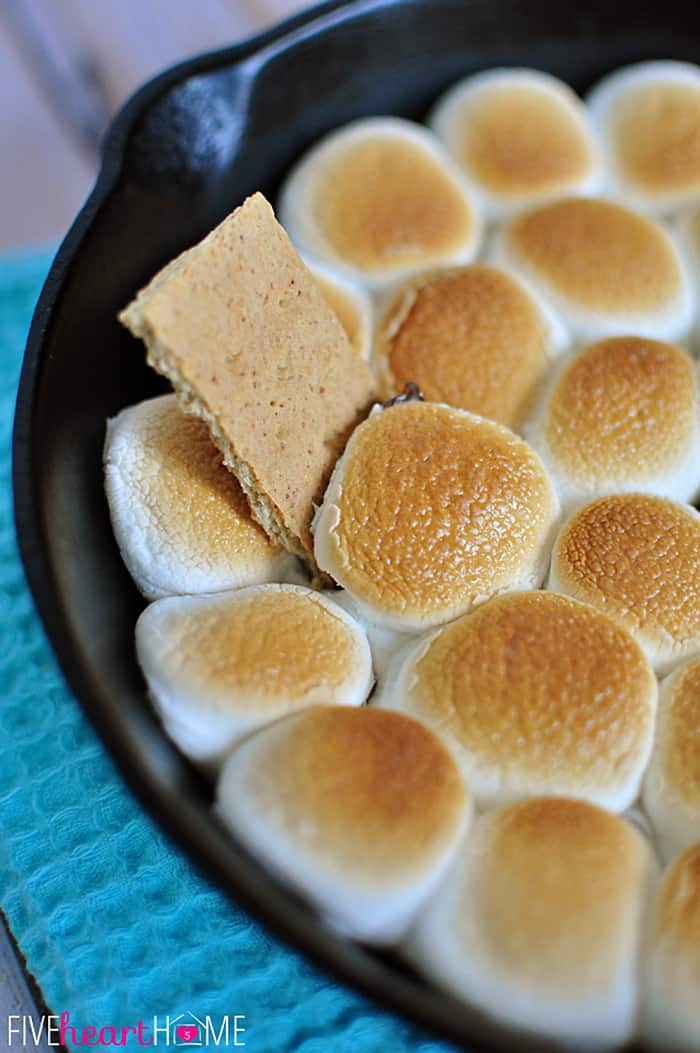 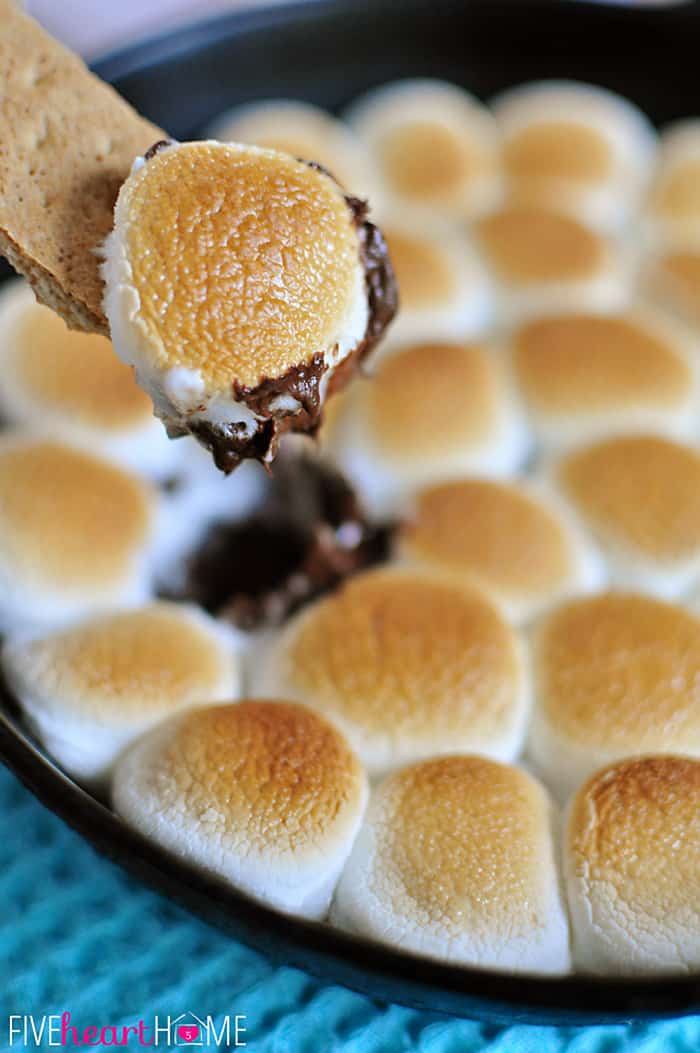 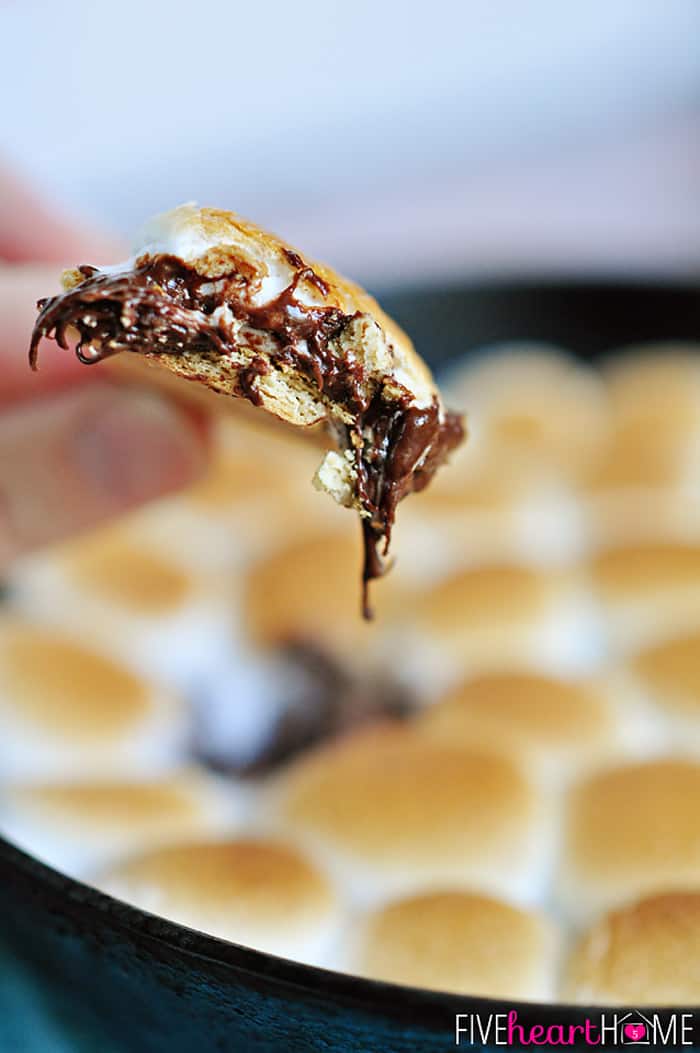 This is one of those recipes that's so brainless, I hardly feel justified calling it a recipe.

...dippable s'mores that will have your gang scraping the skillet for every last smudge of chocolate and streak of marshmallow! 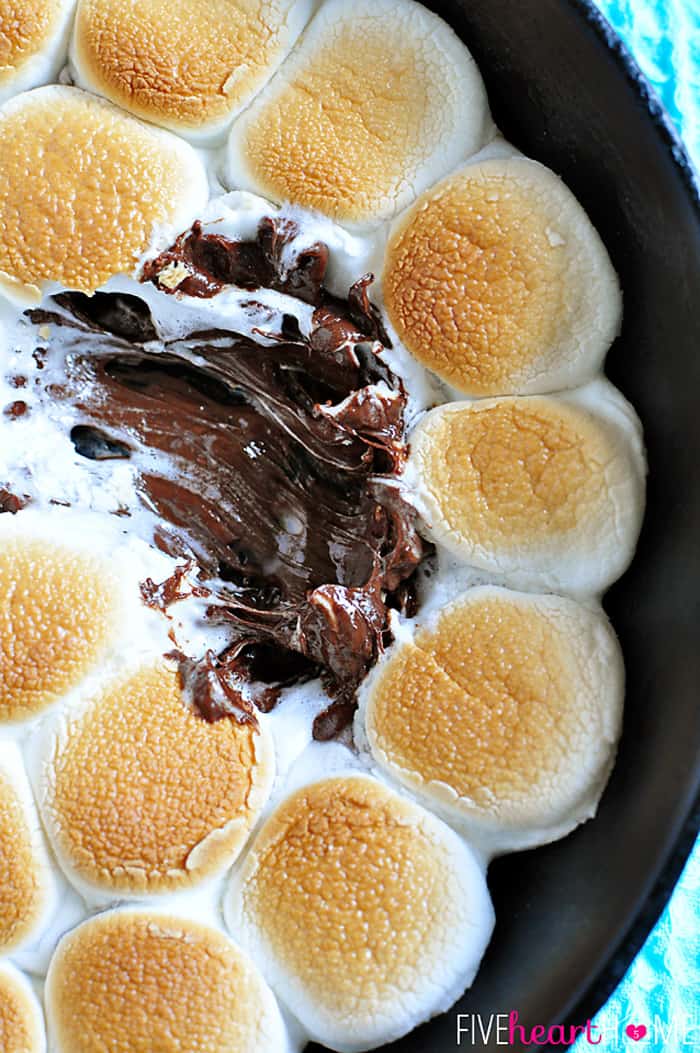 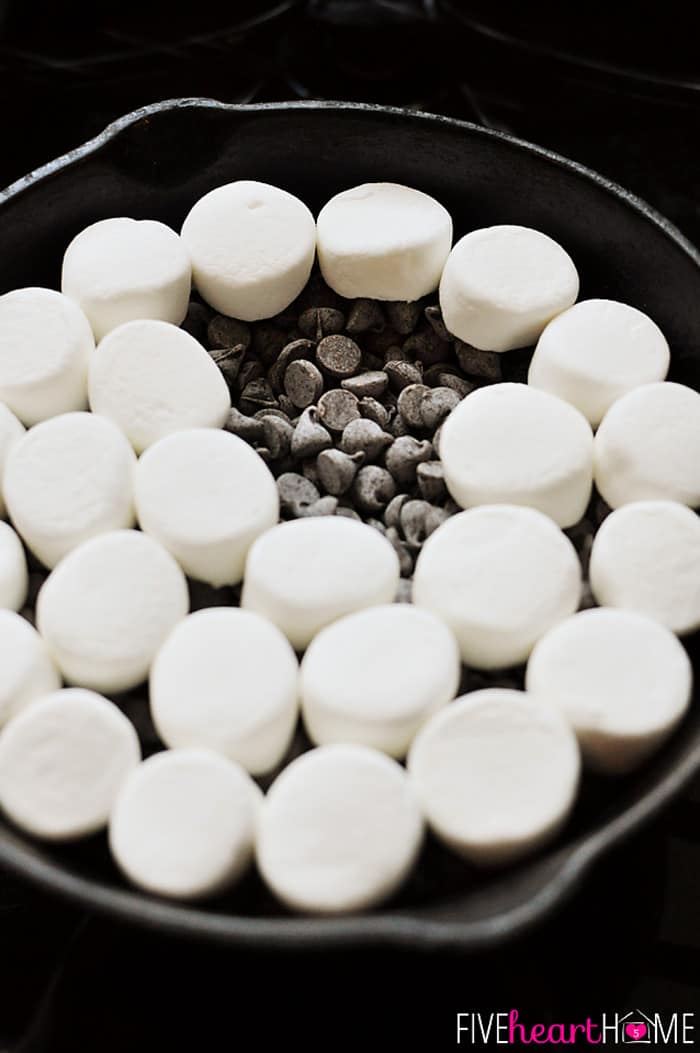 If your skillet is larger or smaller than mine, simply adjust the proportions accordingly.

Seriously, you can eyeball the amount of chocolate and marshmallows to your liking and this dip will turn out perfectly fine. 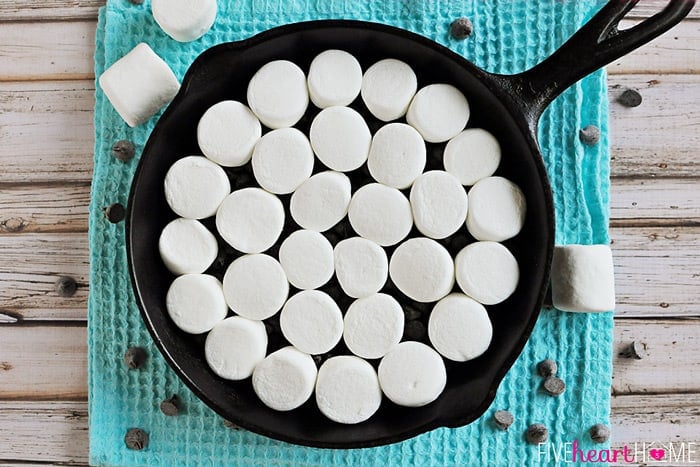 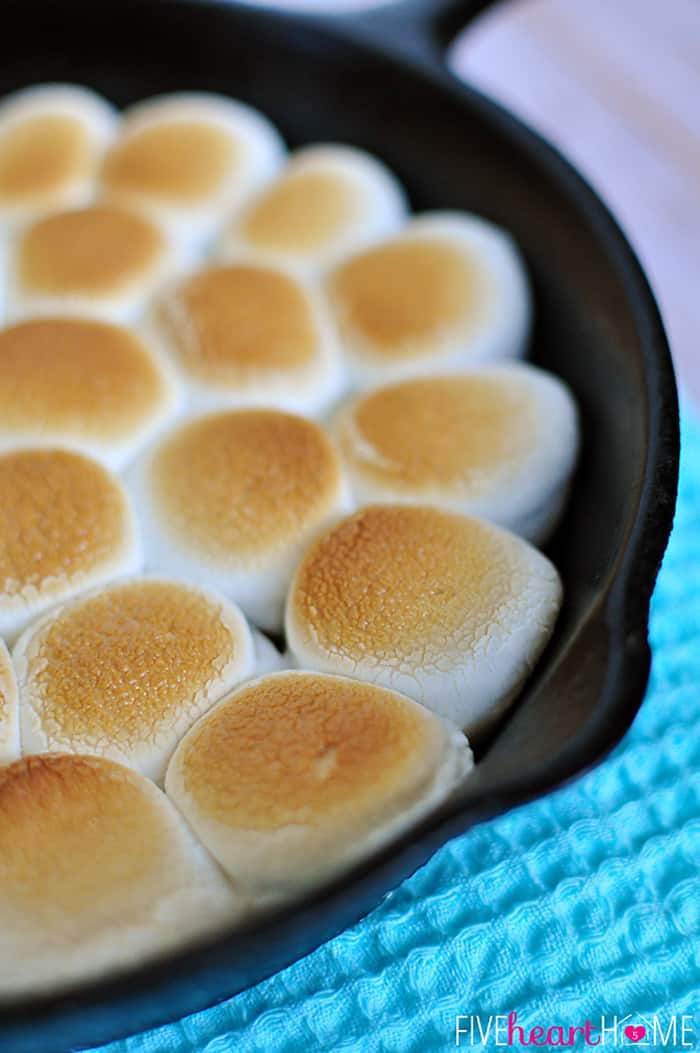 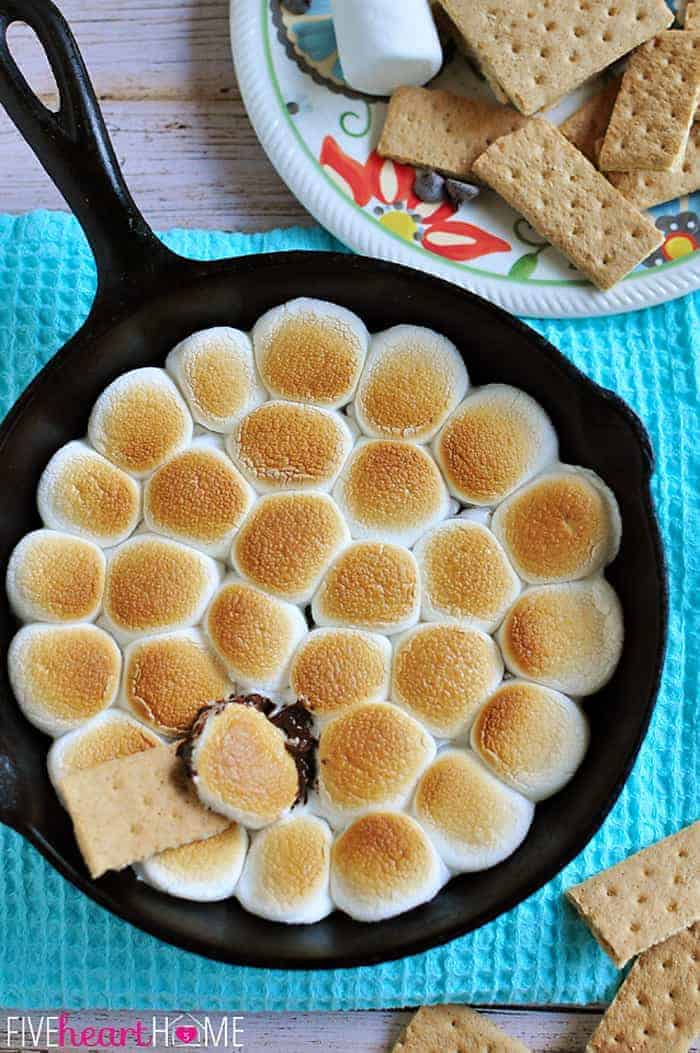 So what are you waiting for? Rummage through your pantry for some chocolate chips and a bag of marshmallows and whip thee up some S'mores Dip! And if you hurry, you still have time to enjoy it on National S'mores Day, when rumor has it that calories from s'mores treats don't actually count. 😉 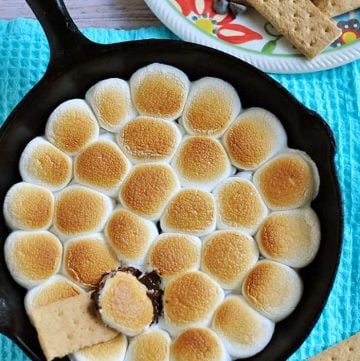 Adapted from Taste of the South Magazine.
Post originally published on August 10, 2014.mores