This yummy Pineapple Whip recipe is basically a "Dole Whip" copycat made with just two healthy ingredients. It tastes like pineapple soft serve ice cream for an improved copycat of the Disney classic! 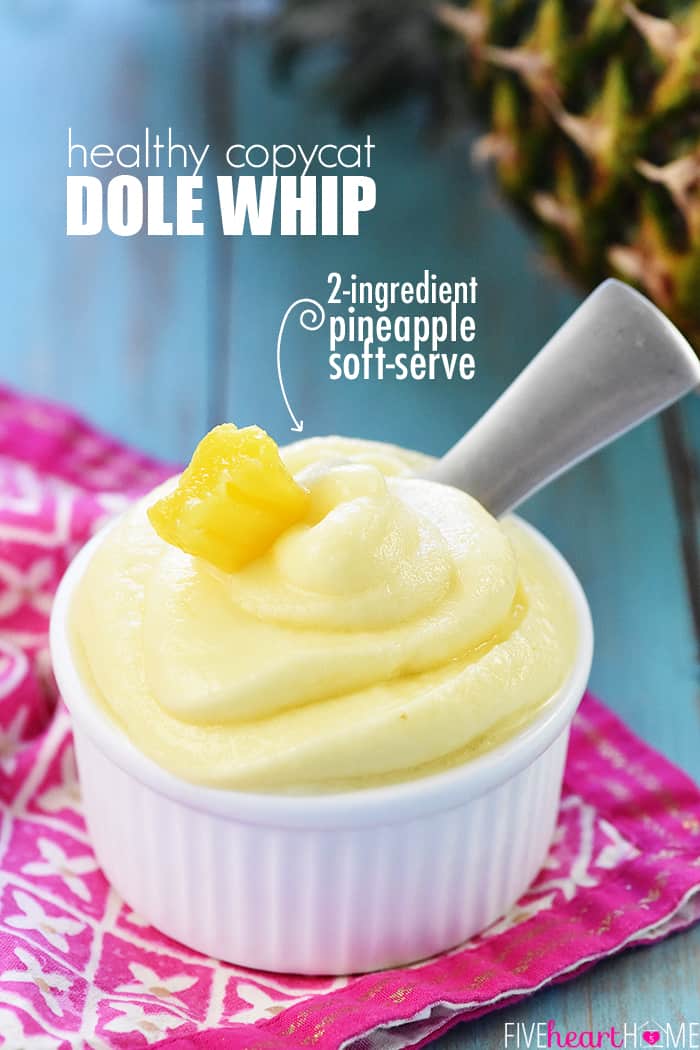 Today it is my privilege to introduce you to my firstborn as he takes over the
blog for Five Heart Home's first-ever Kids in the Kitchen Guest Post! ♥

I attended a camp at the beginning of the summer where I took a cooking class. I made all sorts of desserts, meals, and appetizers. I was already interested in cooking before that but it got me into cooking even more. So when my mom asked me if I’d like to do a guest post on Five Heart Home, I said yes! I'm excited to bring you one of my favorites...a Pineapple Whip! 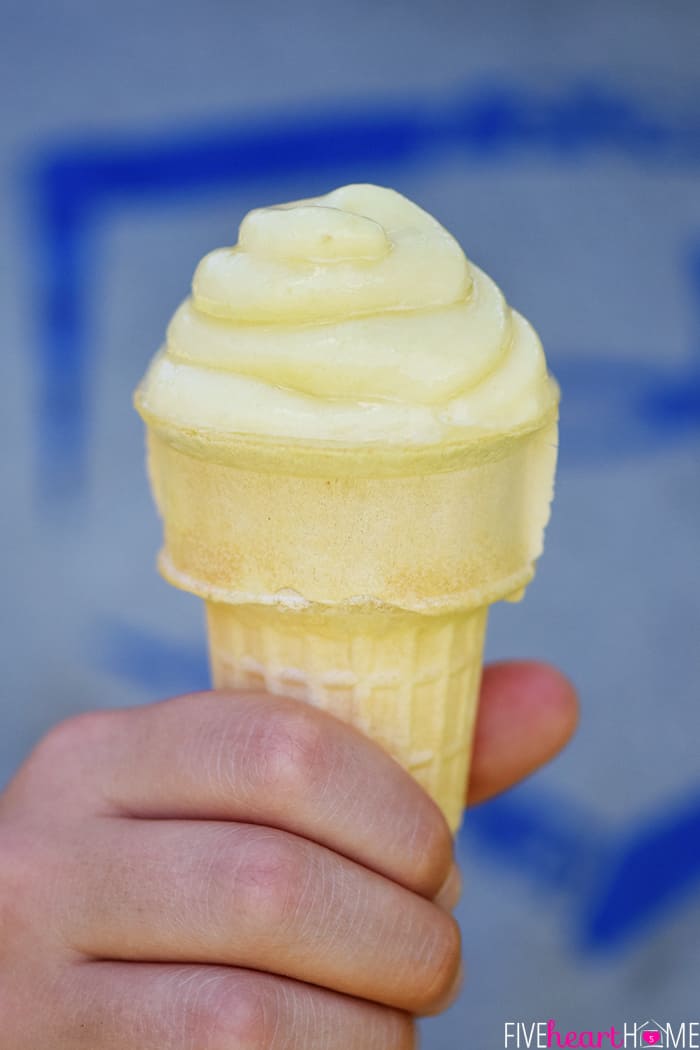 It would be great for an after-school snack, or maybe even breakfast, because there are only two healthy ingredients: frozen pineapple and vanilla yogurt.

I got this idea from my mom’s 2-Ingredient Watermelon Sherbet, except this pineapple version tastes like the frozen soft-serve dessert you can get at Disney World! 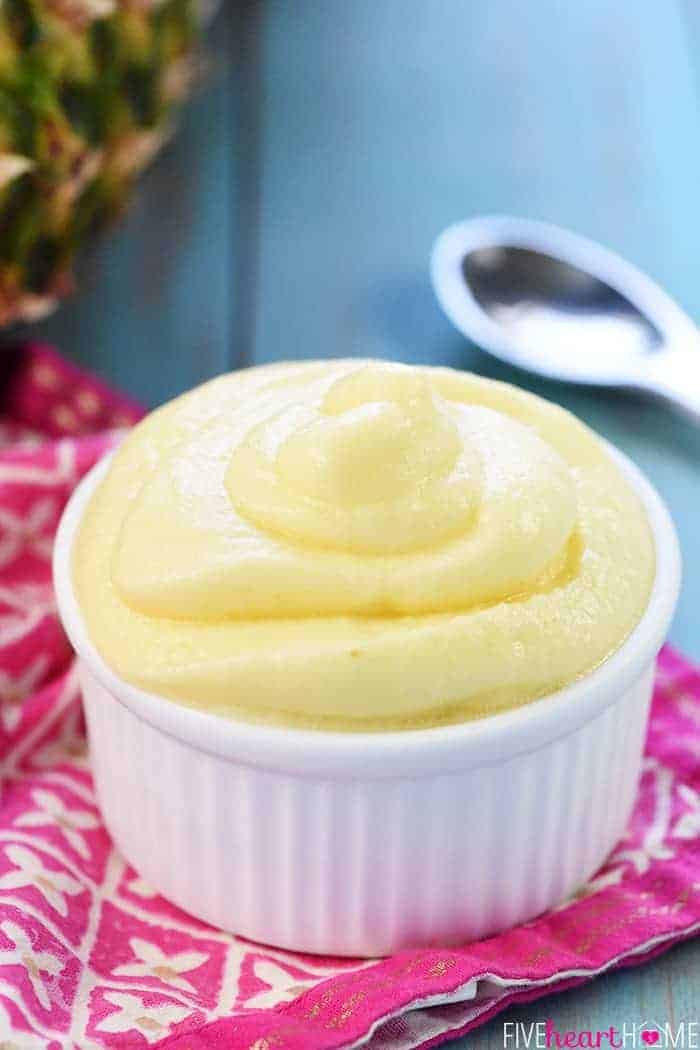 This is a perfect recipe for kids to make because all you have to do is get some frozen pineapple and yogurt and throw them into the food processor or blender!

You can use a bag of frozen pineapple chunks or have an adult help you cut up a fresh pineapple and freeze the pieces. 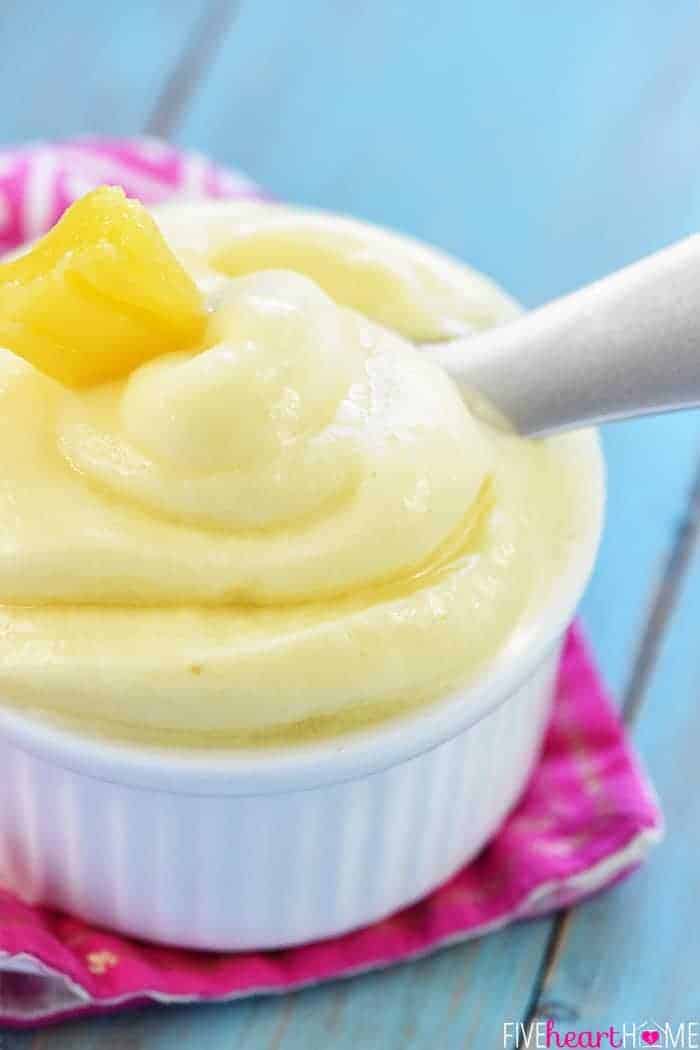 And then all you do is turn on the food processor or blender for a few minutes until the ingredients are smooth and creamy, like soft-serve ice cream!

When we took pictures of this recipe it was hard, because it’s like an oven in Texas with this 103-degree heat. But a Pineapple Whip melts really fast no matter where you live!

After the recipe is made, you should try to eat it as soon as possible. If it does melt a little too fast, you can stick in the freezer and let it harden for awhile. 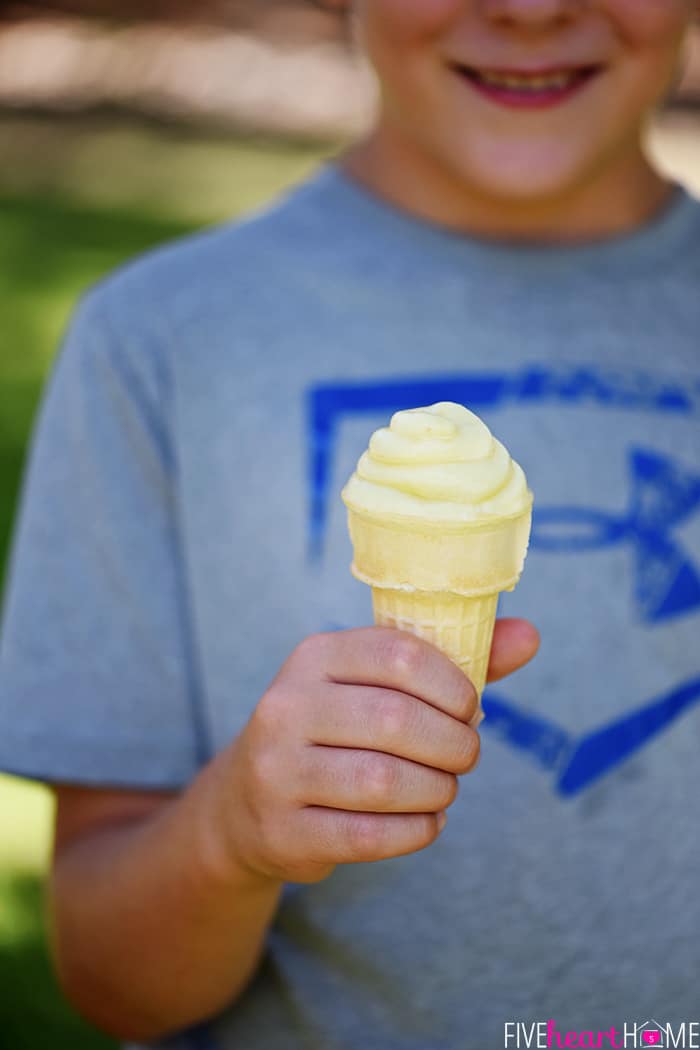 I hope you all get to try a Pineapple Whip soon because it’s a good-for-you snack or dessert that tastes great!

It’s a nice, refreshing treat on a hot summer day.

Thank you all for reading and I hope to see you again soon with another guest post! 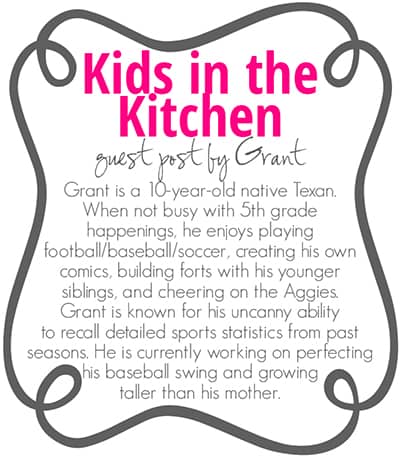 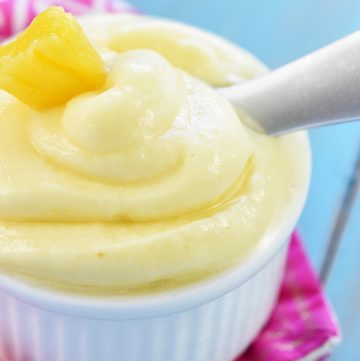