Slow Cooker Baby Back Ribs are sticky, smoky, and fall-apart delicious...and nobody will ever believe that they're crock pot ribs!

The scrumptious crock pot ribs pictured in this post share a plate with Slow Cooker Ranch Beans and The BEST Way to Cook Fresh Corn on the Cob.

Happy mid-April! Today I thought I'd share a recipe that magically bridges the gap between winter (slow cooker comfort food!) and summer (barbecued ribs!). Have y'all crock pot ribs before? Because you won't even believe how good they are. 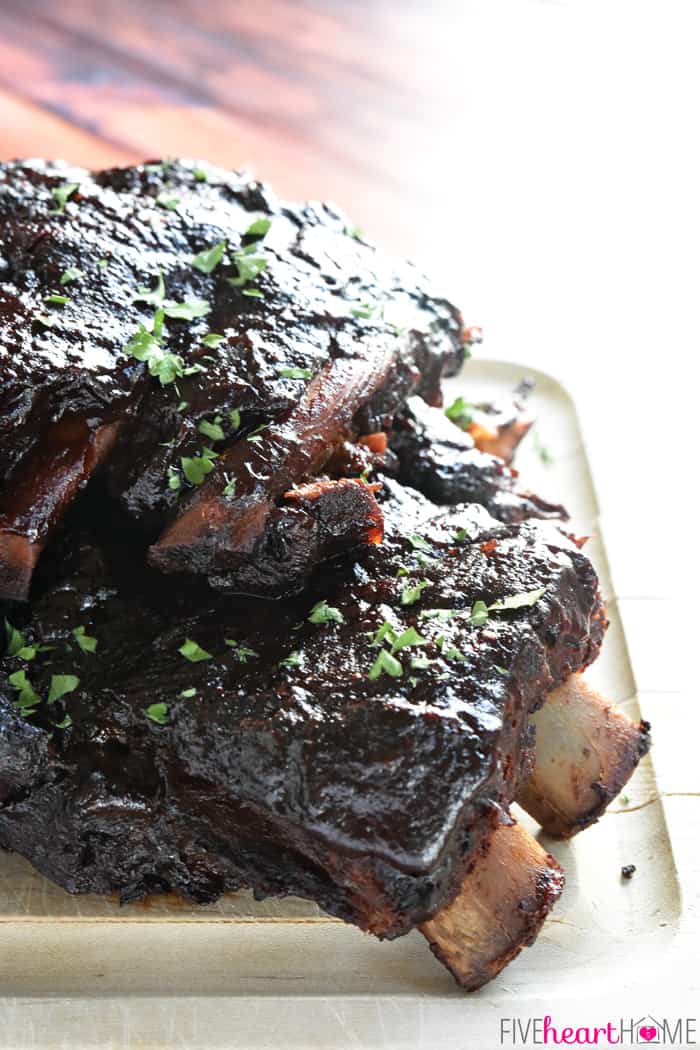 The ingredients are pretty standard and simple.

How to Make Crock Pot Ribs

The steps are so easy (and the outcome so delicious!), you'll hardly be able to believe it. 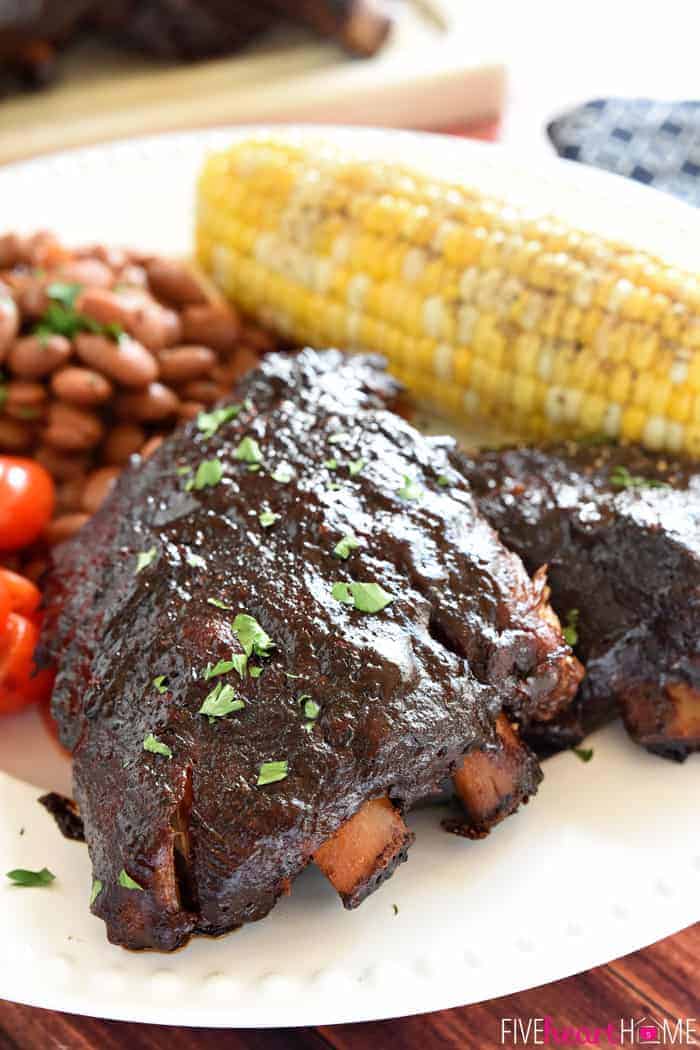 The Secret to Authenticity

I'd been cooking crock pot ribs for several years and they always turned out tender and tasty...but then I came across America's Test Kitchen's method of popping the ribs under the broiler before serving, which renders them sticky and caramelized like "real" ribs off the grill. That's when my Slow Cooker Baby Back Ribs went from good to spectacular! 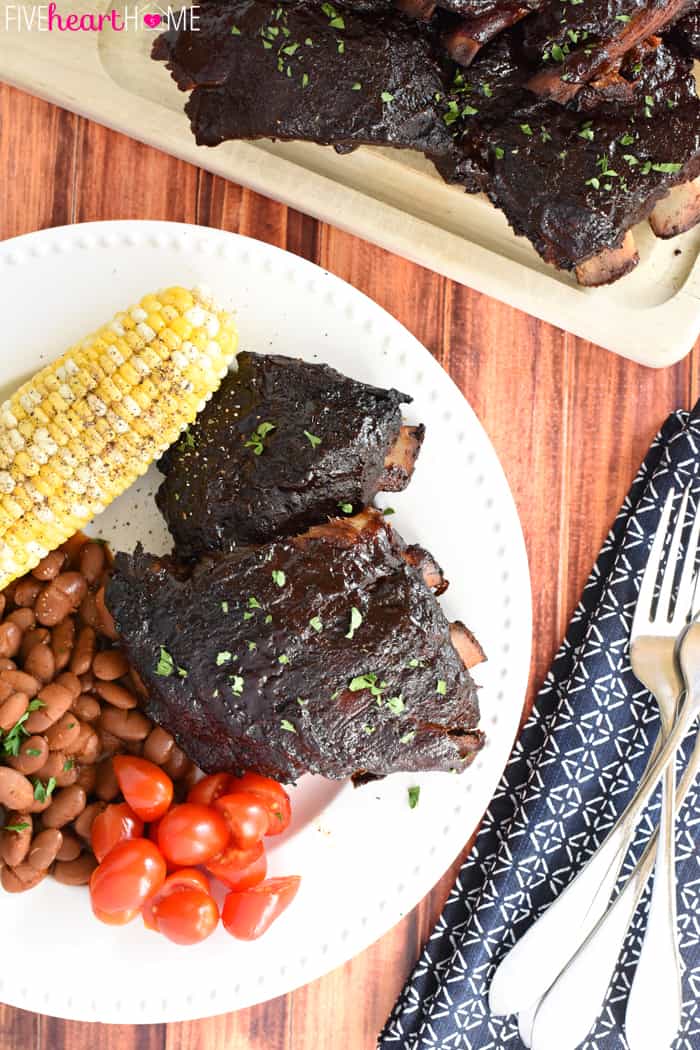 I do a few things differently than ATK, however. 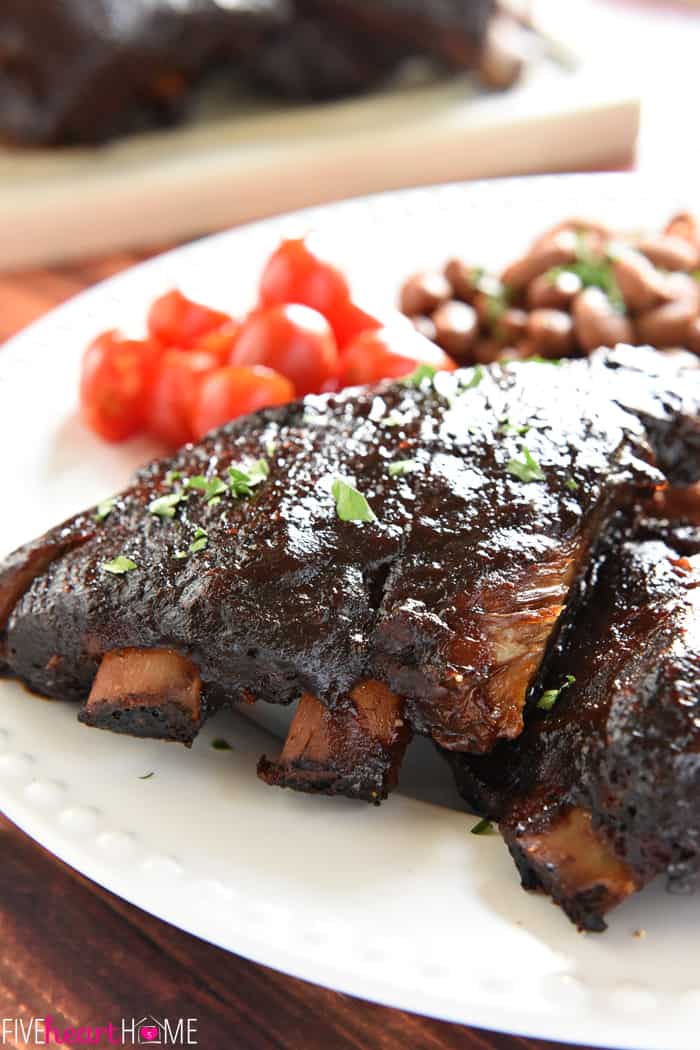 Seriously, how good do these Slow Cooker Baby Back Ribs look?! My husband and kids go crazy for them each time I make them, and I love getting such succulent results with such an effortless recipe. 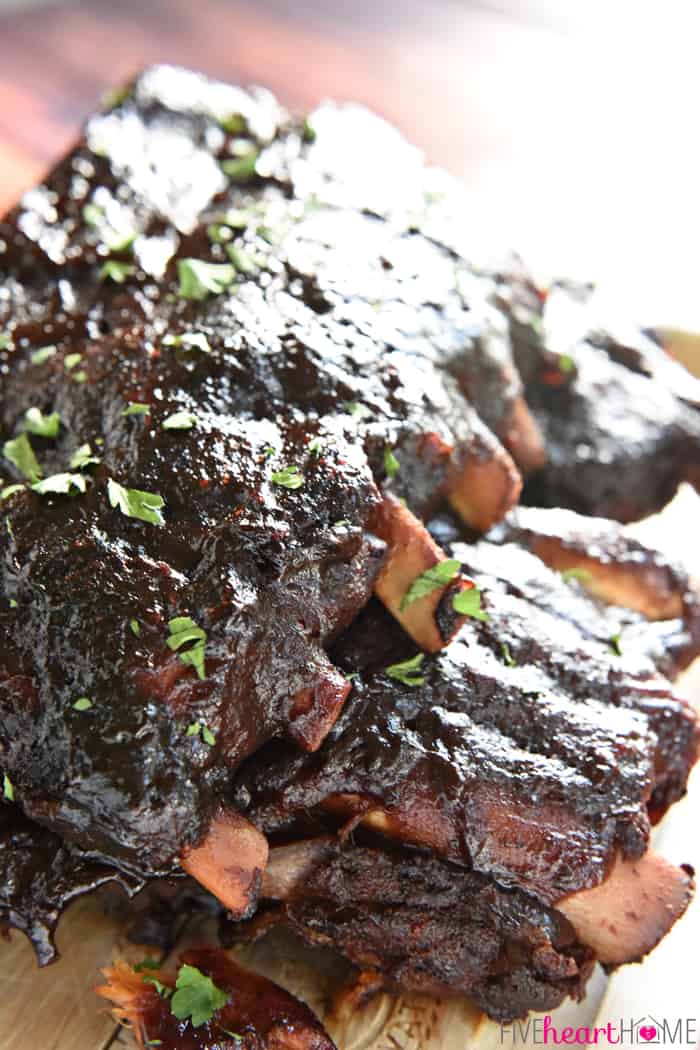 So the next time you're in the mood for ribs but don't feel up to tending the grill for hours on end, I hope you'll give this recipe a shot!

Crock pot ribs allow you to enjoy BBQ season year-round without ever having to fire up the grill.

They're moist, flavorful, and MESSY, just the way good ribs ought to be, but without all of the work.

I've said it before and I'll say it again...three cheers for the slow cooker!

Tasty Side Dishes For Your Crock Pot Ribs 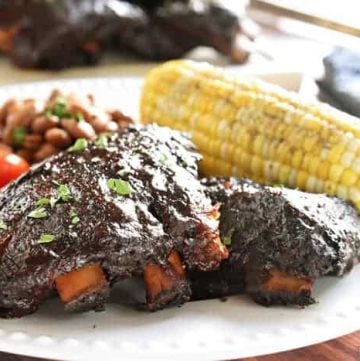