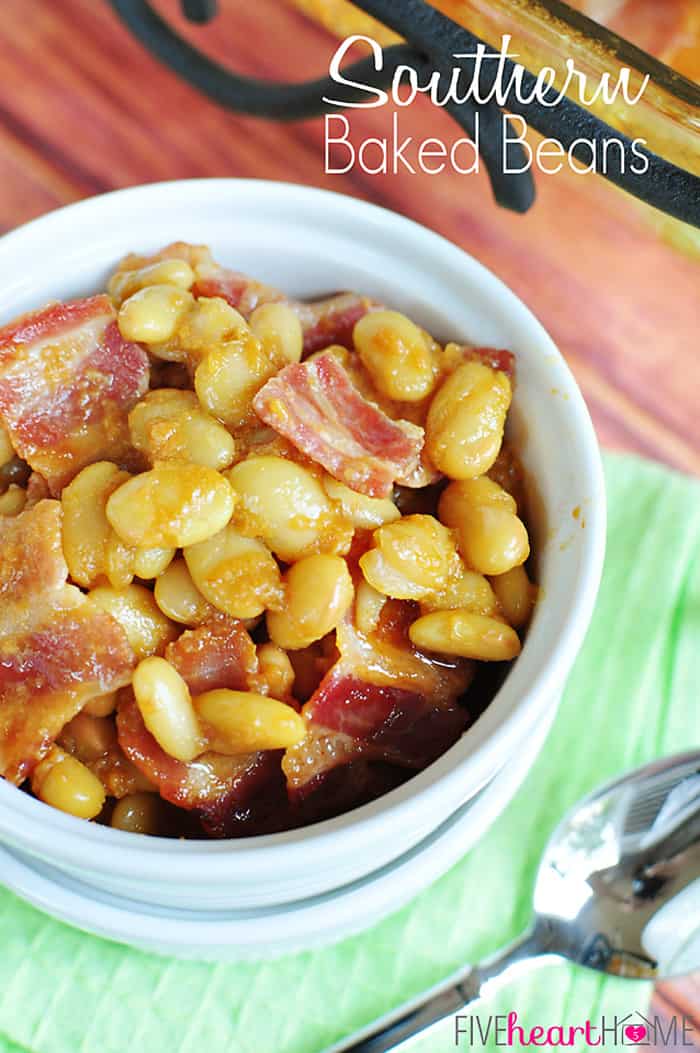 Sweet and savory Southern Baked Beans get a delicious twist with the addition of bacon and barbecue sauce...plus they're extremely quick and easy to whip up since they start with canned white beans!

Summer means it's almost time for the Fourth of July, and America's birthday is certainly something to celebrate. So do you have your menu decided yet? Well, you won't want to miss the recipe I've got up my sleeve today...Southern Baked Beans! 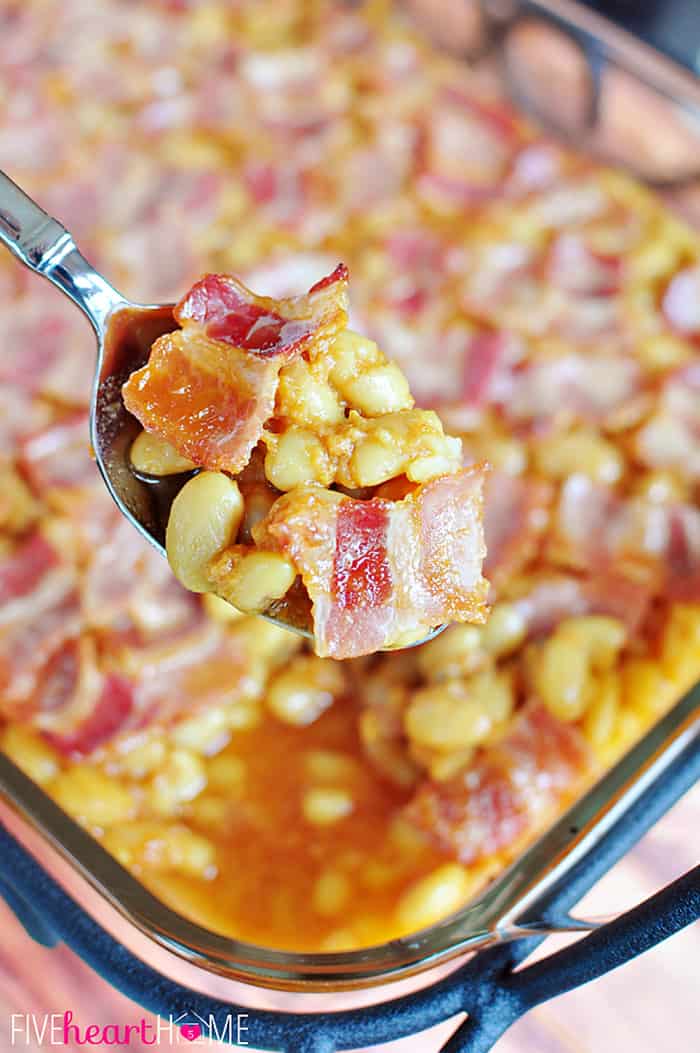 What Are Southern Baked Beans?

That's right, friends...today I'm sharing a super simple, absolutely yummy side dish that would be a perfect accompaniment to just about any Independence Day fare.

While traditional baked beans are a cooked-all-day, northeastern (think Boston) specialty often associated with wintertime comfort food, Southern Baked Beans are the perfect side dish for just about any variety of barbecue or grilled entree.

They boast the sweetness of brown sugar and pure maple syrup alongside the savory notes of barbecue sauce, mustard, and -- best of all! -- bacon. Y'all know I love me some bacon. 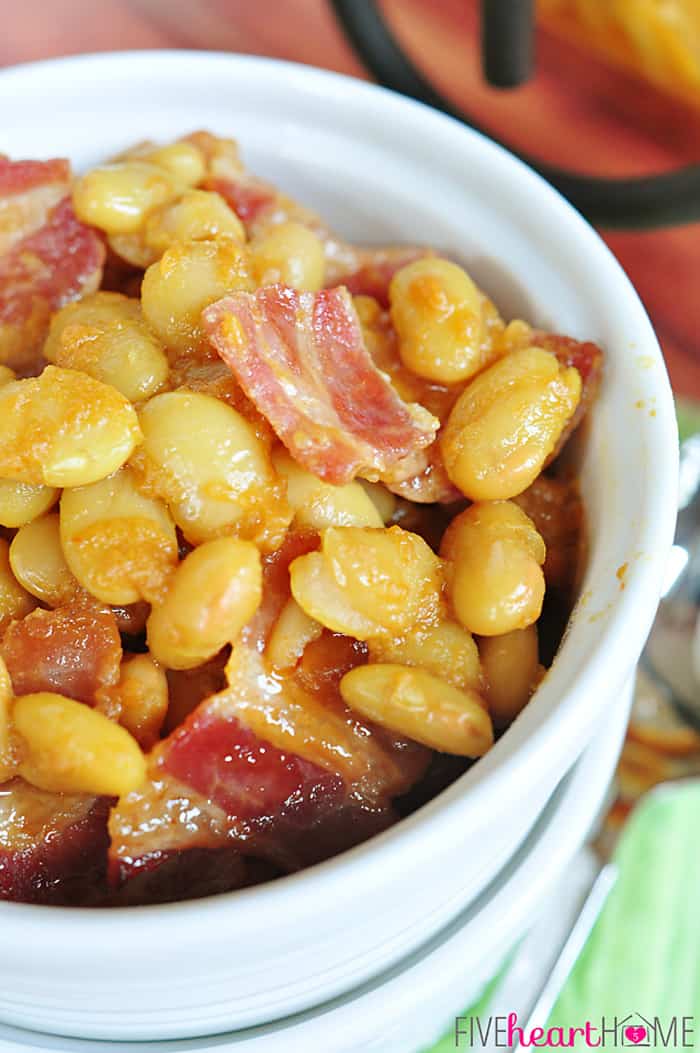 And have I mentioned how easy this dish is to throw together?

It takes the shortcut step of using canned white beans, so it can literally be assembled in mere minutes.

That's right, folks...no overnight soaking or long, slow cooking. Just mix everything together, top with pieces of bacon, and bake until the beans are bubbly and the bacon is crispy.

As for the other ingredients, they're few and they're simple:

Speaking of the bacon, I prefer to use relatively lean, regular to thin-cut strips for this recipe.

Since the bacon bakes right with the beans, you don't want to have to worry about excess bacon grease floating on the surface as a result of using fatty bacon. Plus, the thick-cut stuff may not suitably crisp up situated on top of all those beans.

I find that snipping raw bacon into small pieces using kitchen shears is always faster and easier than trying to cut it with a knife.

And if my bacon hasn't started browning around the edges by the end of the cooking time, I like to switch on the broiler for a few extra minutes until it's nice and crispy. If you end up taking this step, just promise me that you'll watch it carefully, because you don't want to ruin such a tasty dish by burning your bacon! 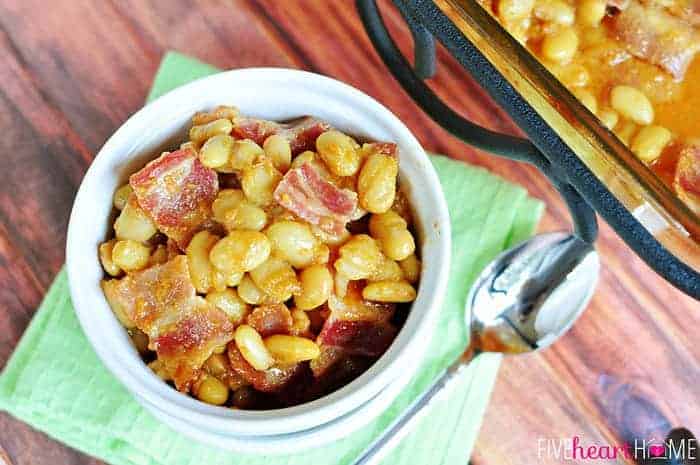 Even if your July 4th menu is set at this point and your groceries are already purchased (go, you!), I hope you'll still try these Southern Baked Beans the next time you need a speedy, simple, scrumptious summer side dish.

I especially enjoy taking these to potlucks and get-togethers because, not only are they easy to make in mass quantities, but they are also always a hit with kids and adults alike. 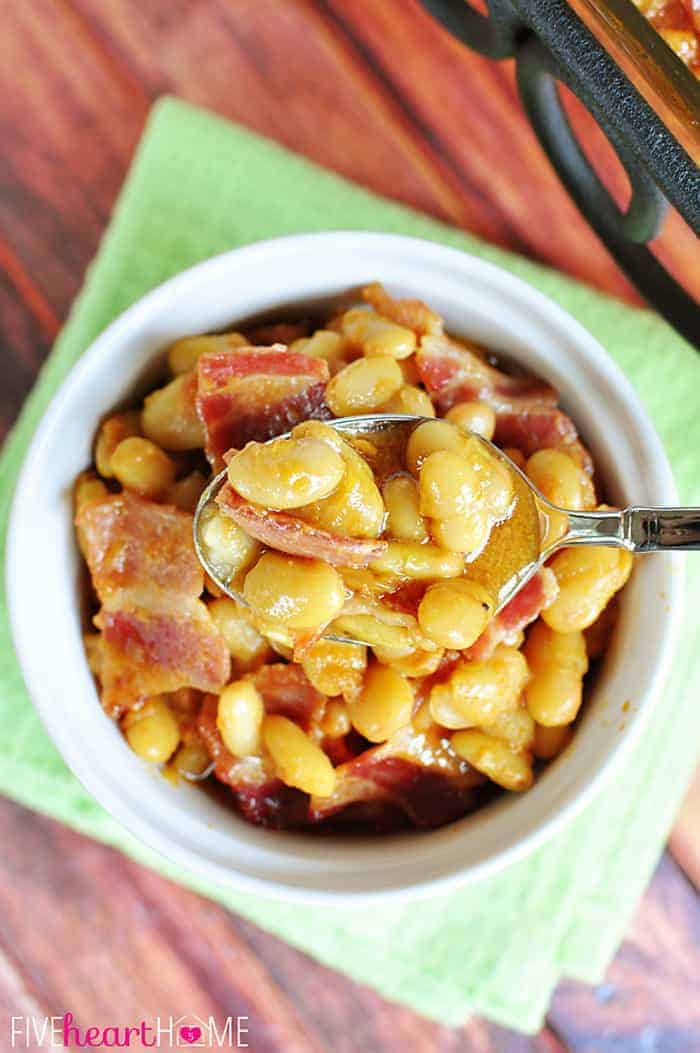 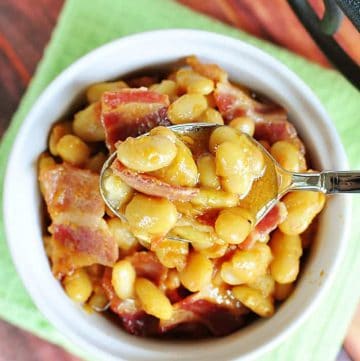