This flaky, tender Butter Pie Crust is THE BEST! It's unbelievably EASY to make this pie crust recipe from scratch with a few tricks and tips and just FOUR ingredients. In fact, it's so simple and delicious that you'll never buy a pre-made pie crust again! 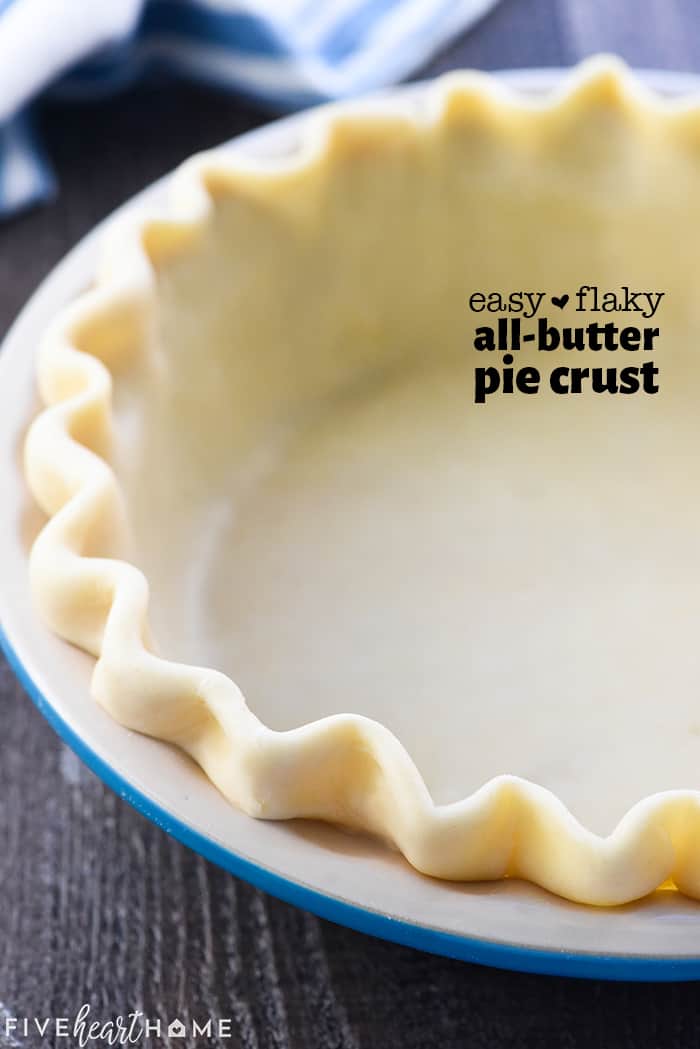 Y'all. Making your own pie crust recipe really is easy. On top of that, the flavor of this flaky, homemade Butter Pie Crust far surpasses anything you can buy pre-made!

And yes, I am firmly in the all-butter pie crust camp. I know that vegetable shortening has its merits when it comes to pie crust, but it's an ingredient that I prefer to avoid when possible. So I've found that I can get a perfectly flaky, flavorful crust using only butter! But it does involve a few tricks. 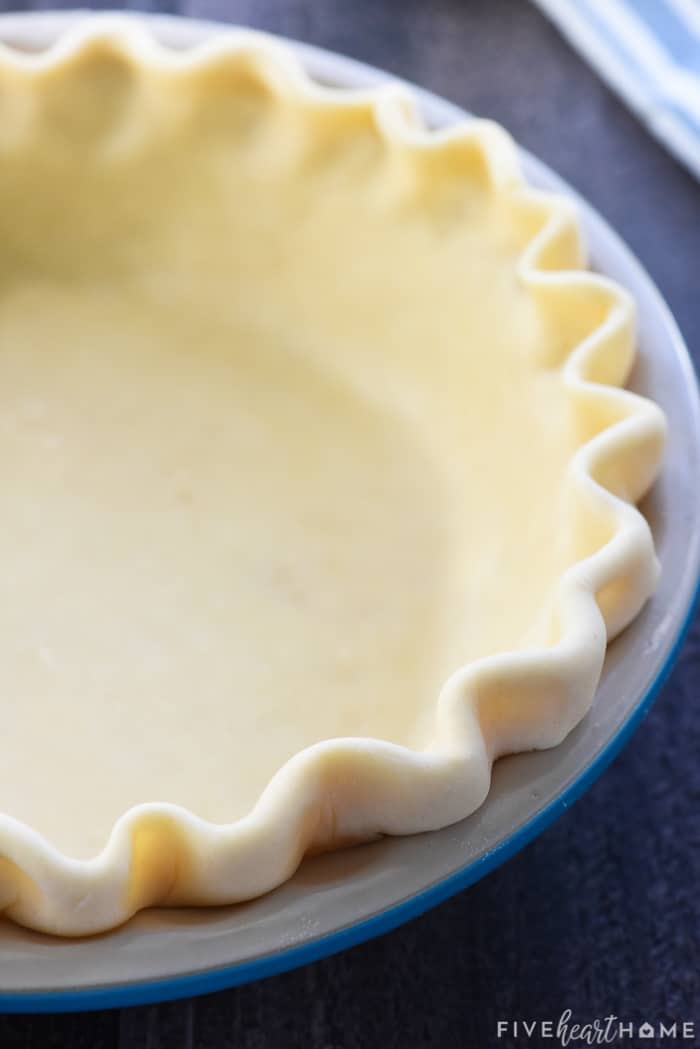 Secrets to a Butter Pie Crust

The reason? Because once your dough is all rolled out and popped into the oven, those still-intact pieces of cold butter will melt and steam and burst, creating little air pockets that yield the flakiness in your pie crust. That doesn't happen if all of your butter has already melted into the dough before hitting the oven.

Can You Make It Without a Food Processor?

Now if you don't have a food processor, you can certainly achieve a perfect pie crust recipe without one. After all, I don't think our grandmothers relied on a Cuisinart.

You'll just have to cut your ingredients together using a pastry blender or cutter and then use a spatula to work in the water.

It takes a bit more elbow grease and patience, but making your crust by hand can still yield great results.

Alrighty now, enough chit chat. Let's get on with our crust-making, shall we? 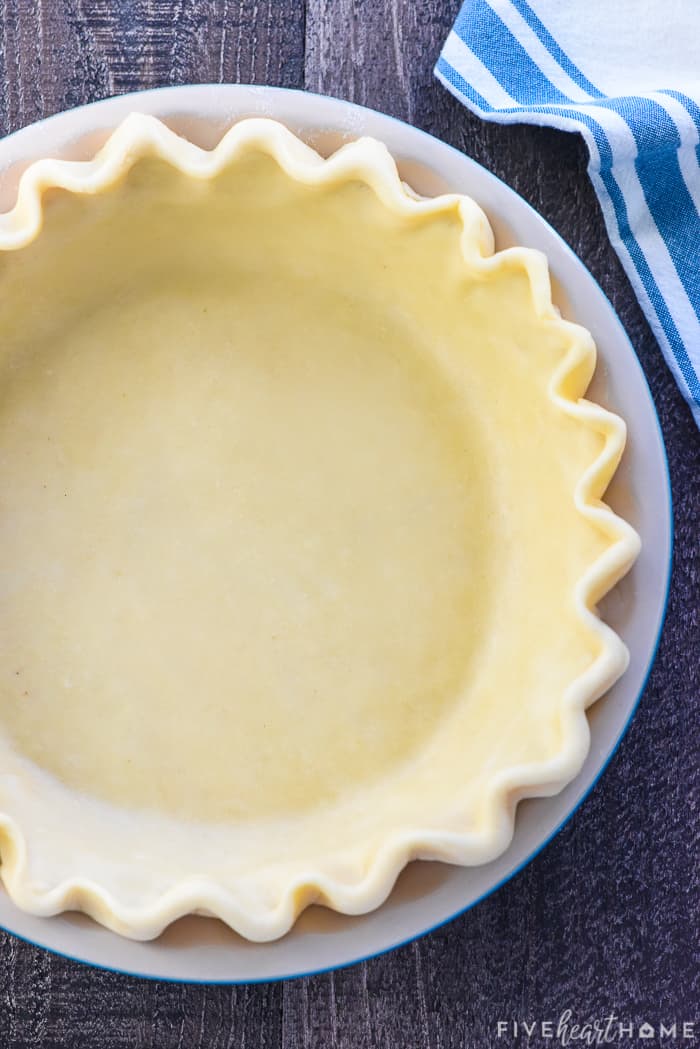 It's hard to believe that such a flaky, tender, melt-in-your-mouth pie crust recipe starts with just FOUR ingredients: 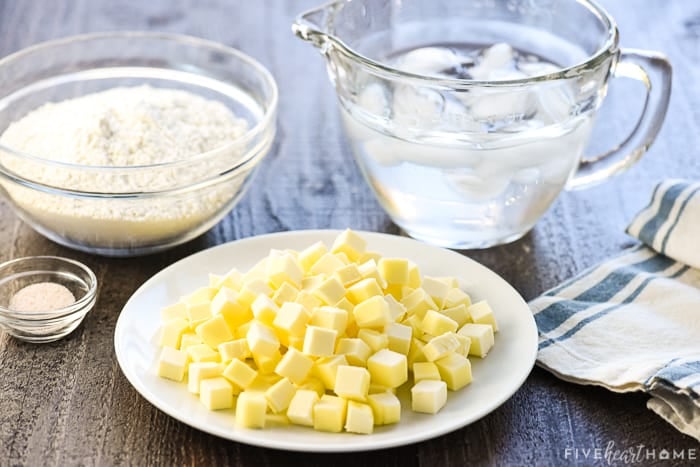 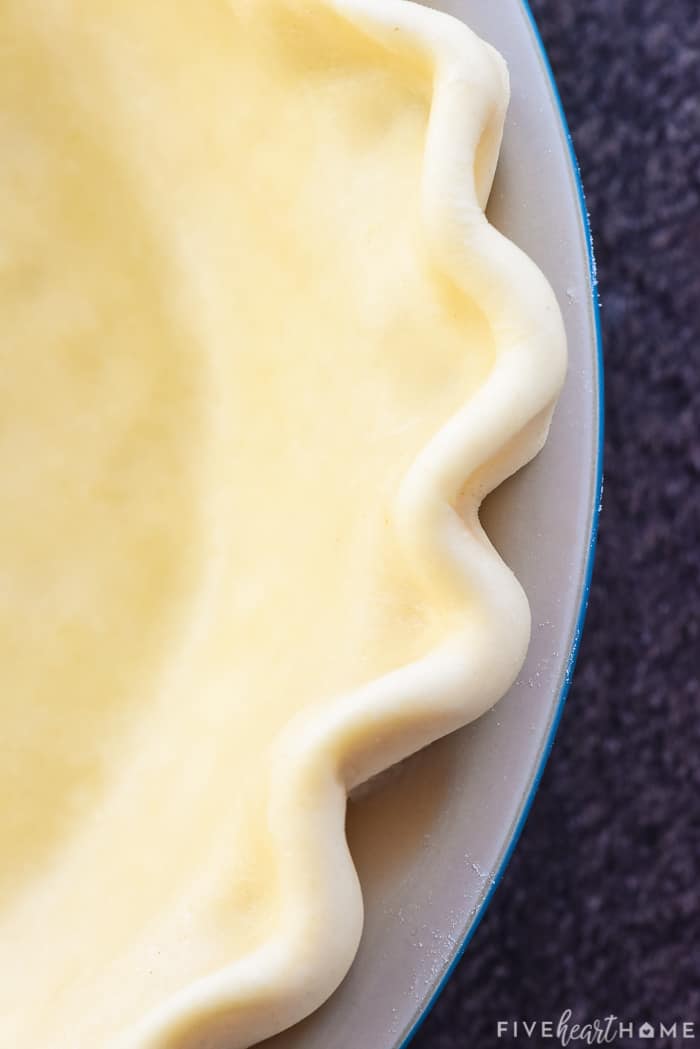 How to Make this Pie Crust Recipe

Hopefully these step-by-step photos will show you just how easy homemade pie crust really is. Don't be intimidated!

Voilà! Can you believe it? Together, we just made a tender, flaky, buttery, homemade pie crust! That wasn't so bad now, was it?

If you're making a pie recipe that calls for prebaking your pie crust, follow these additional directions once your crust is in its pie plate, with that pretty edge you worked so hard to create. 😉

Can I Freeze my Butter Pie Crust?

Aside from its simplicity, another bonus of this recipe is that it makes a double crust. So if you need two crusts for a pie, you're good to go. But if you only need a bottom crust, you have another whole crust to stash in the refrigerator or freezer until you're ready for it!

Wrapped in several layers of plastic wrap followed by foil or a freezer-thickness plastic baggie, a disk of this pie dough may be stored in the freezer for up to 3 months. I like to write the date on the wrapping with a sharpie to keep track of how fresh it is. Simply thaw in the refrigerator for a couple days -- and then allow to come to room temperature for a few minutes -- before rolling it out. 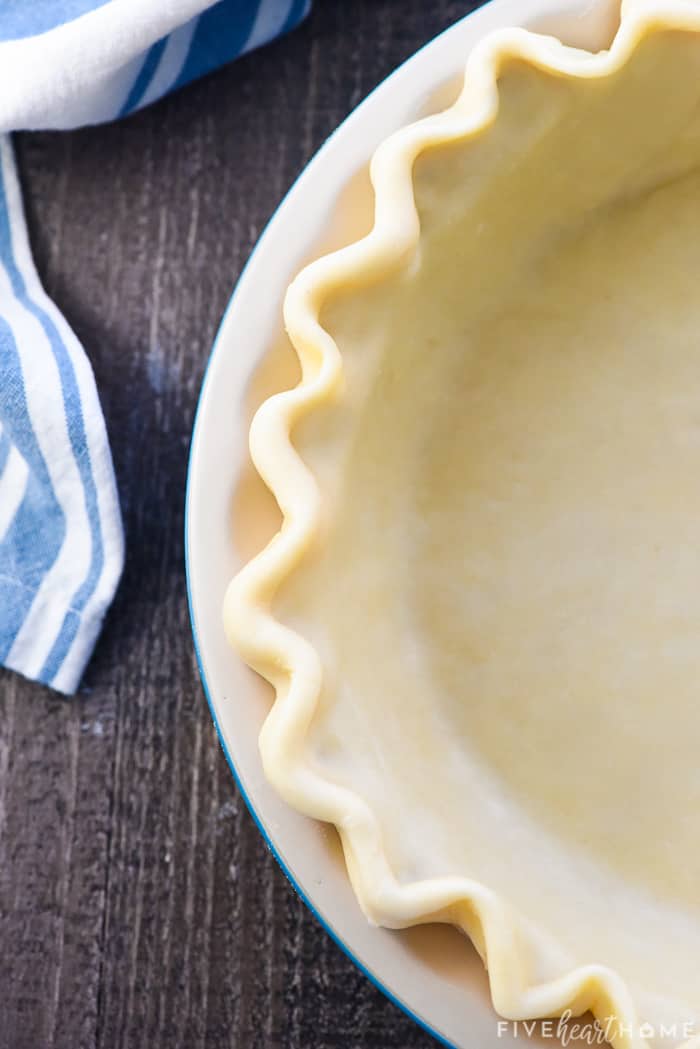 Sometimes, despite your best efforts, your beautiful pie crust falls or shrinks while baking. There are a multitude of reasons why this can happen, so here are some tips to help prevent it!

The holiday season is right around the corner, and with it, many occasions calling for pie (yippee!). Just don't forget that this all-time favorite pie crust o' mine happens to be just as good complementing a savory pie (think Chicken Pot Pie!) as a sweet one.

Even if you're already a pie crust professional, I think you'll enjoy this bursting-with-butter, melt-in-your-mouth recipe. And if you've never attempted a pie crust from scratch before, this is a great place to start.

You can do it! Pinky swear. And after you do, you'll see how easy it was and how buttery it tastes...and you'll wonder what took you so long to make your own homemade pie crust in the first place. 😉 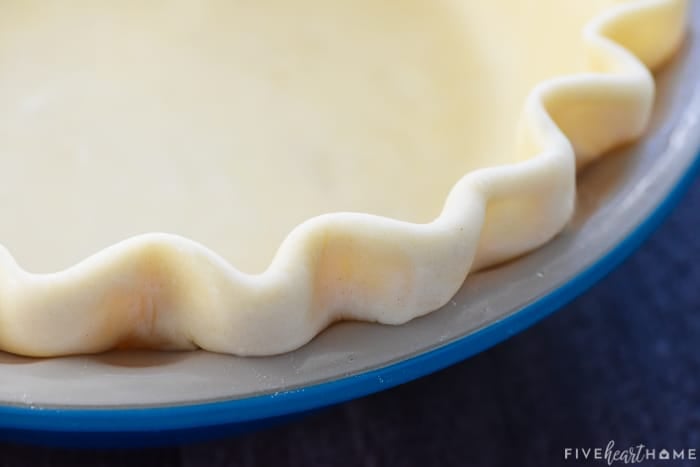 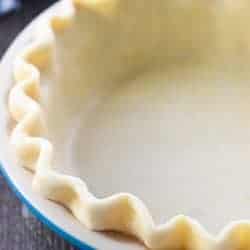