Pecan Praline Bread is a delicious quick bread recipe with a tender crumb and a ribbon of brown sugar pecans for added sweetness and crunch! 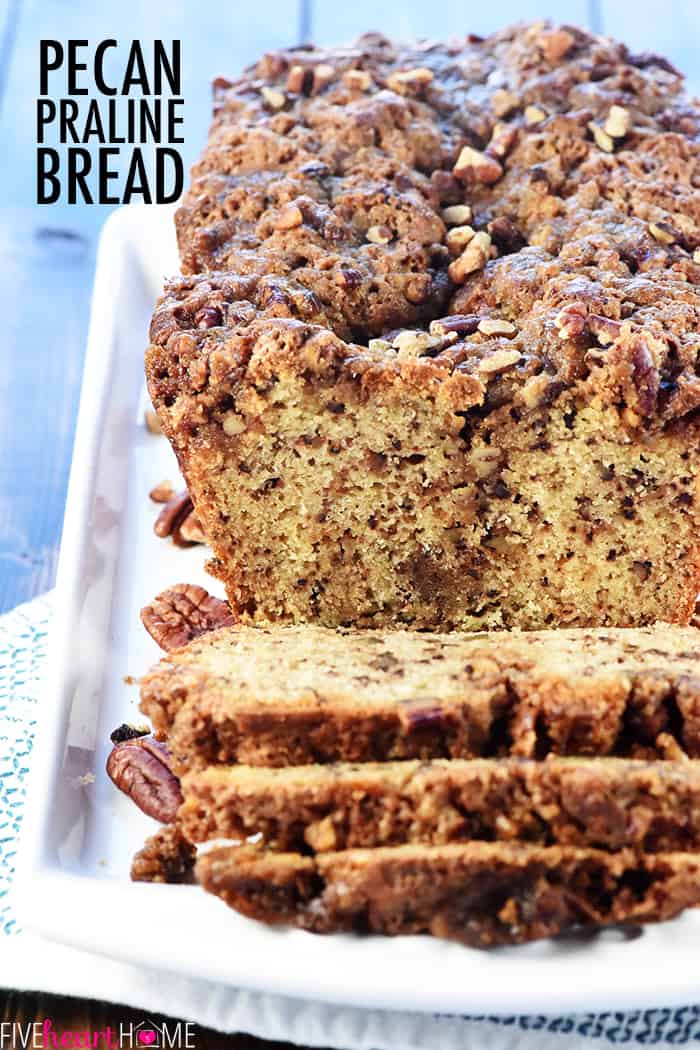 Earlier this month, I set out to create a new quick bread recipe with holiday gift giving in mind. Cinnamon Bread has always been one of my favorite homemade food gifts to share with neighbors and friends. Well, I thought it would be fun to take that yummy recipe in an even more decadent direction. So after multiple (multiple) attempts, this Pecan Bread was the happy result of my experiments...boyyyyyy is it good!

As a food blogger who develops recipes, I have good days and I have bad days. On a good day, new recipes work as I imagined they would, tasting delicious and turning out beautifully. On a bad day, every recipe that I make is a flop for one reason or another, and it's back to the ol' drawing board.

Sometimes I give up on a flop recipe after the first attempt because it's just not anywhere near what I envisioned it to be. Other times, however, a recipe is just slightly off...almost there...and with a few tweaks, I'm convinced I can achieve perfection. 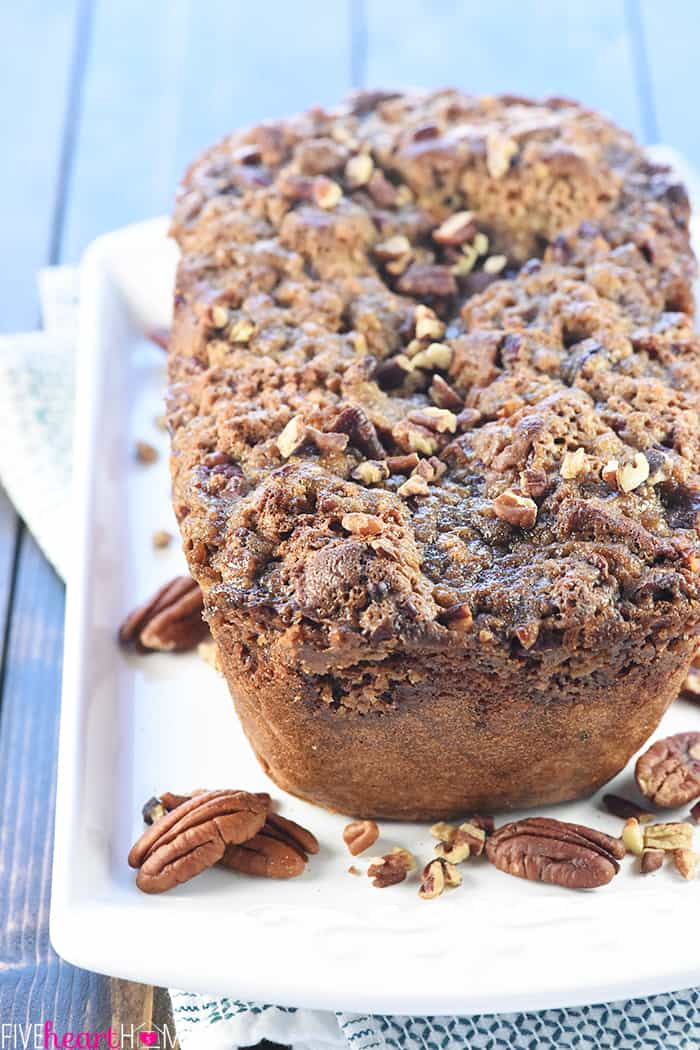 The first time I made this Pecan Bread, the flavor and texture were positively drool-worthy. I loved the tiny toasted pecans speckling the bread, and the crunchy, gooey, layer of pecan praline was to-die-for.

However, the pecan praline layer -- which I had intended to weave through the center of the bread -- had completely sunk to the bottom. As in, all of it was at the very bottom of the pan and there was no praline through the bread. My family didn't seem to mind. They raved about the bread and couldn't get enough of it.

But this recipe was way too tasty to be ugly. I knew I could do better. So I decided to make a few adjustments and try, try again. 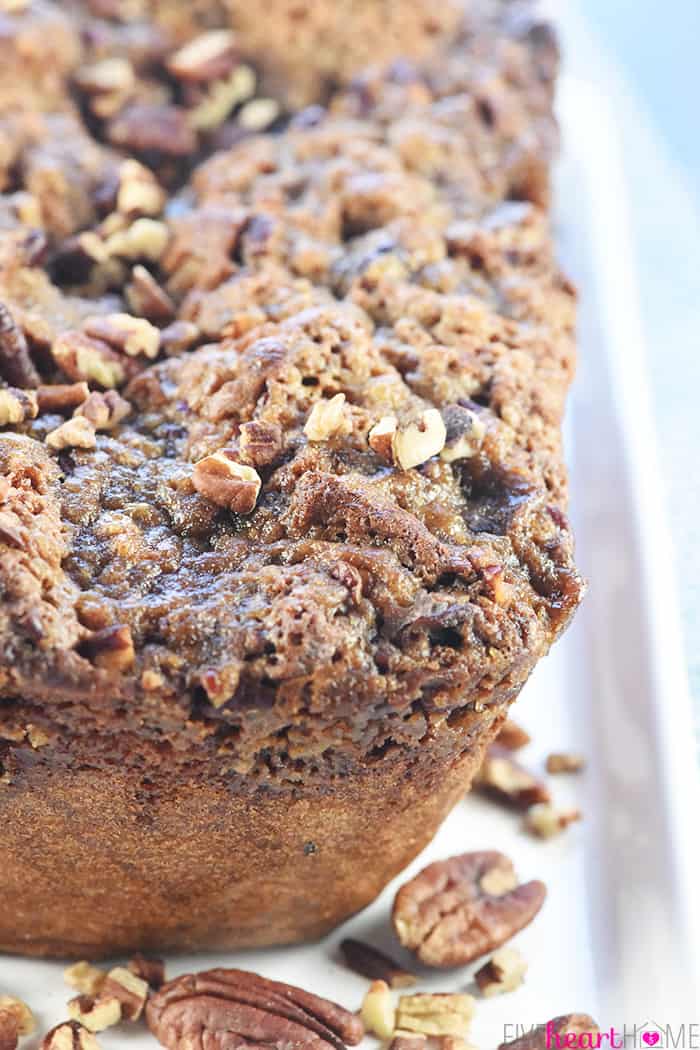 On my second attempt, the pecan praline still sunk. I gave that (again, ugly) loaf to a friend who said her family didn't seem to notice the placement of the praline and scarfed down the whole thing. In fact, I was the only one who seemed to mind that the pecan praline was at the bottom. But that wasn't my original plan, dangit, so off to the kitchen I returned.

After a third failed attempt, I still wasn't ready to give up. But I did consider keeping the yummy-but-unattractive recipe as it was and just changing its name. Perhaps something like Titanic Pecan Bread? I mean, it would be acceptable if the pecans were *intended* to sink, right?! 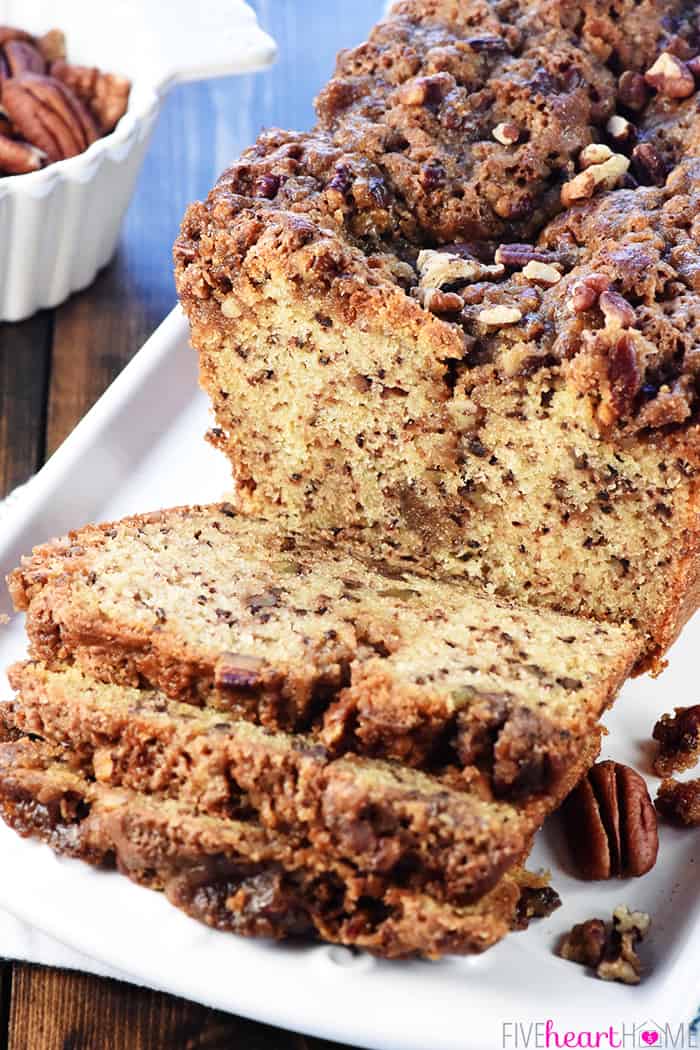 But luckily enough, the fourth try was a charm. I finally achieved Pecan Bread with a glorious layer/tunnel of goodness that didn't sink straight to the bottom!

There were several keys to my praline layer staying put:

So happy, happy day...at last I get to share this scrumptious recipe with y'all! 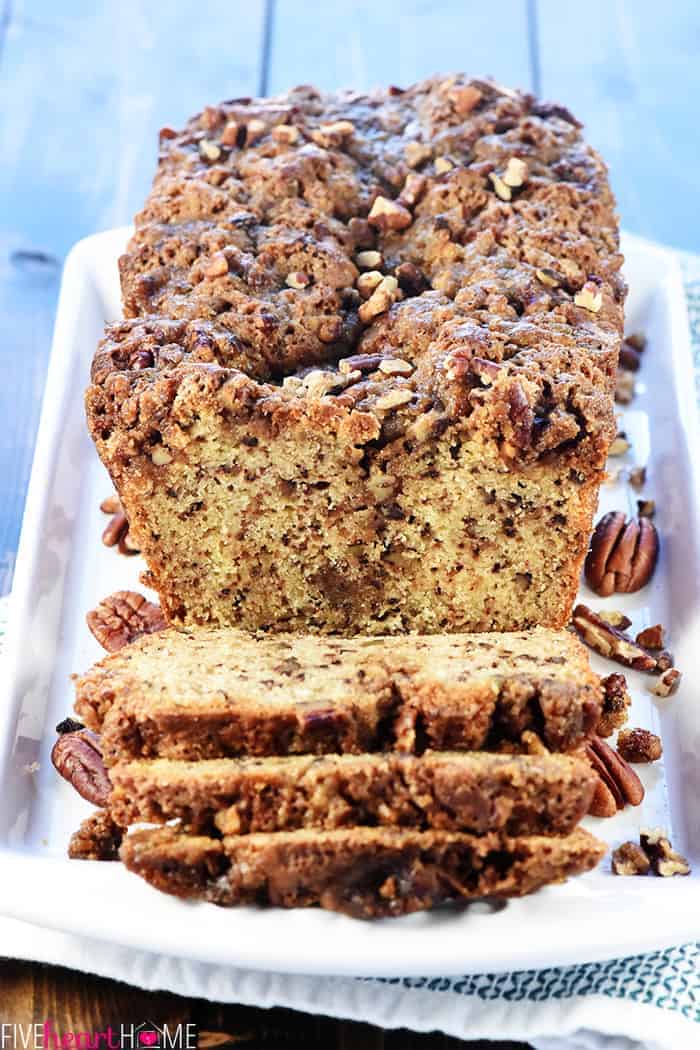 Pecan Bread is easy enough to make, and it's quite possibly one of the best quick breads I've ever had the pleasure of enjoying. In fact, it's so good that, even if your pesky pecan praline layer decides to migrate southward, nobody will even notice or care.

But let's hope that an empty flour jar, oodles of pecans, and four recipe re-tests will prevent that issue from ever being a problem again. 😉 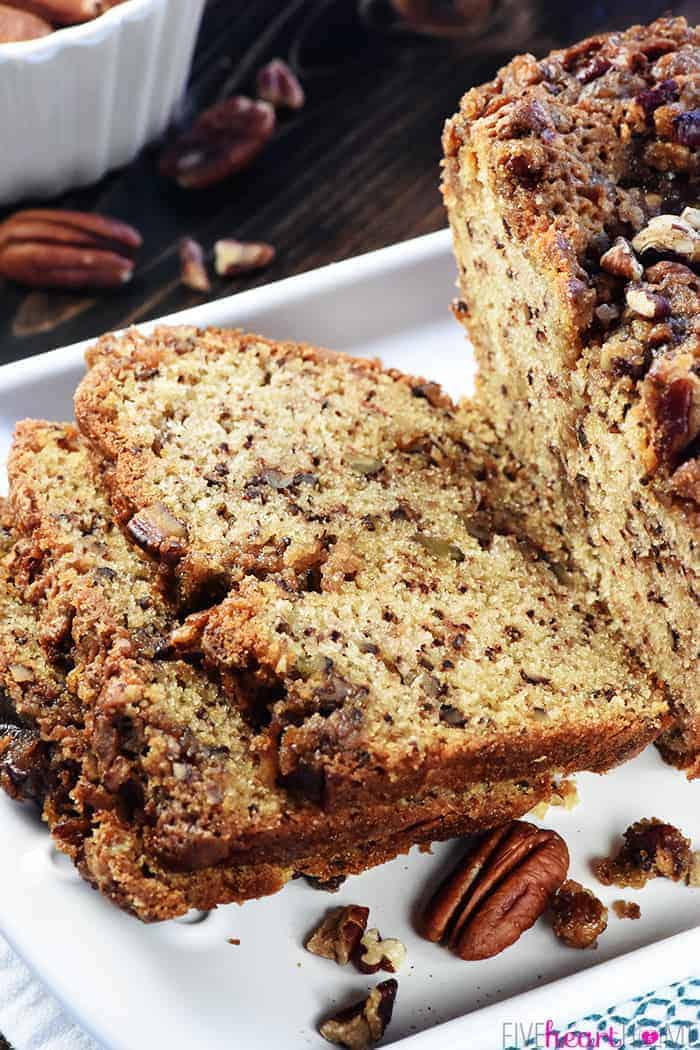 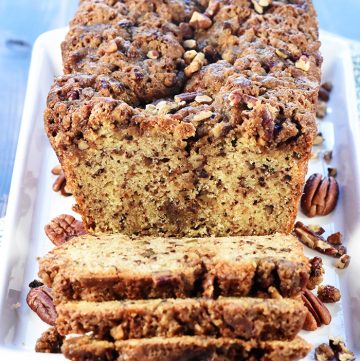