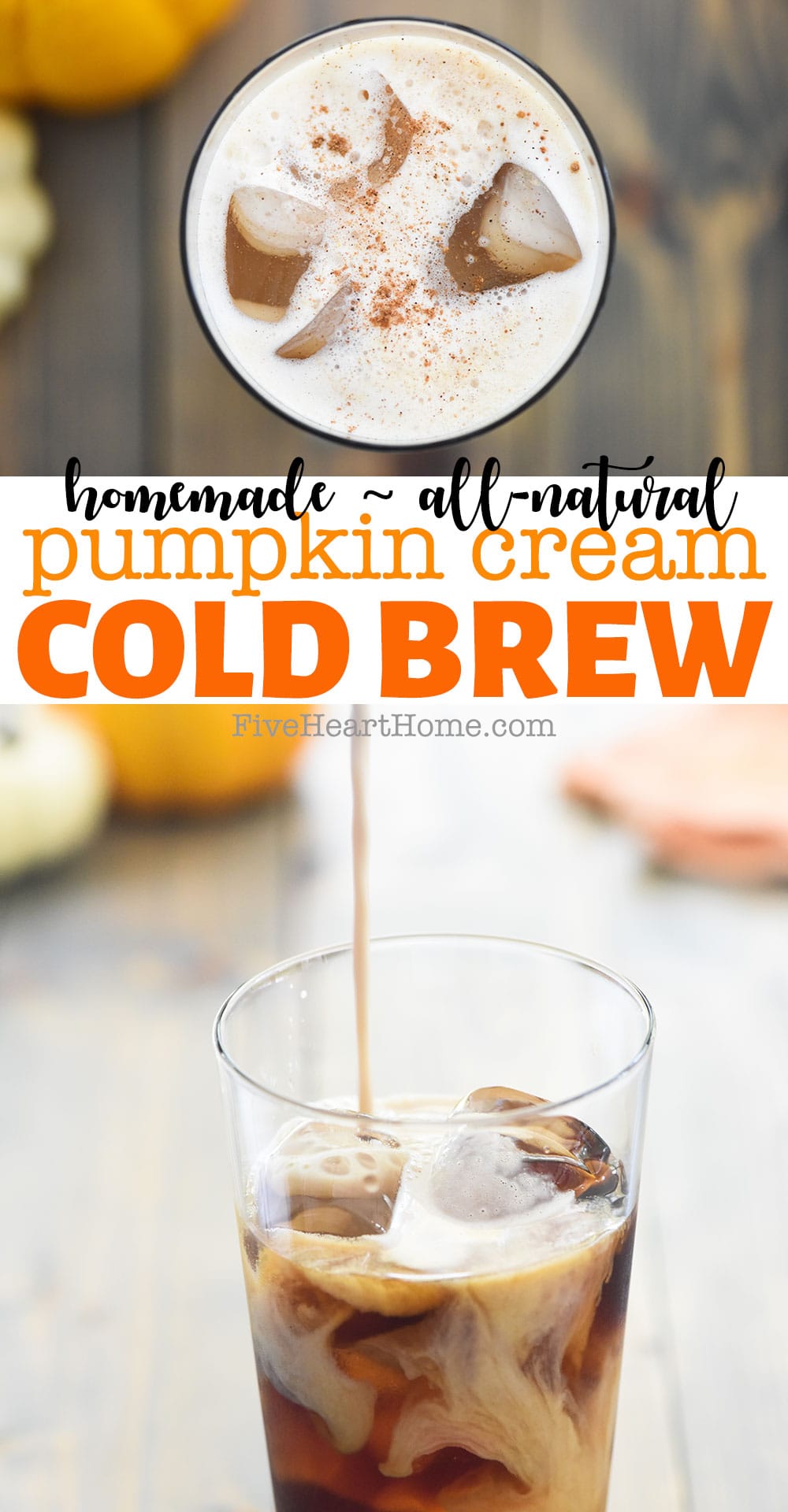 Pumpkin Cream Cold Brew is a fall spin on iced coffee reminiscent of the popular drink from Starbucks...except this recipe is easy to make at home with natural ingredients including real pumpkin puree!

'Tis the season for all things pumpkin! October has arrived, and while many parts of the country are already enjoying cool fall weather and glorious fall foliage, those of us in Texas are (alas!) still seeing temperatures creep into the 90s. And so this year -- rather than willing the temps to drop by perspiring in my cute sweater while sipping on a warm pumpkin drink -- I decided to instead carry my iced coffee infatuation beyond the summer months. Say hello to this scrumptious, easy-to-make Pumpkin Cream Cold Brew recipe!

If you're a fan of the pumpkin coffee drinks at Starbucks, you are probably already familiar with this drink. So while we're on the topic, I have a shocking confession to make: Even though I love pumpkin drinks, the ones from Starbucks aren't my favorite...because I think they taste rather artificial. (We can still be friends, right?)

I already have an all-natural Pumpkin Spice Creamer recipe that I originally thought could be frothed to make a Pumpkin Cream Cold Brew. And while it did somewhat work when I tried it, that creamer recipe is a little heavier on the pumpkin, so its "foam" didn't get quite as lofty as I was hoping.

Therefore, I basically tweaked the proportions and made some adjustments to that recipe for a more authentic PCCB experience:

How to Make Vanilla Syrup

If you don't wish to buy a bottle, making your own homemade vanilla syrup to use in coffee or other drinks is as easy as making regular simple syrup:

How to Make a Pumpkin Cream Cold Brew

Prep the coffee and froth the foam:

This recipe yields enough for four servings of pumpkin cream. However, once foamed, the foam doesn't hold indefinitely.

So store the jar of pumpkin cream in the fridge and then foam enough for one serving (¼ cup, as explained in the directions) just before you are ready to enjoy a glass of Pumpkin Cream Cold Brew.

A refreshing Pumpkin Cream Cold Brew is just what the arrival of fall calls for...whether the weather is adequately reflecting the season or not. 😉 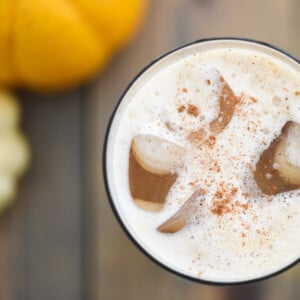 TO MAKE THE PUMPKIN CREAM/FOAM TOPPING:

TO MAKE ONE SERVING OF ICED COFFEE: