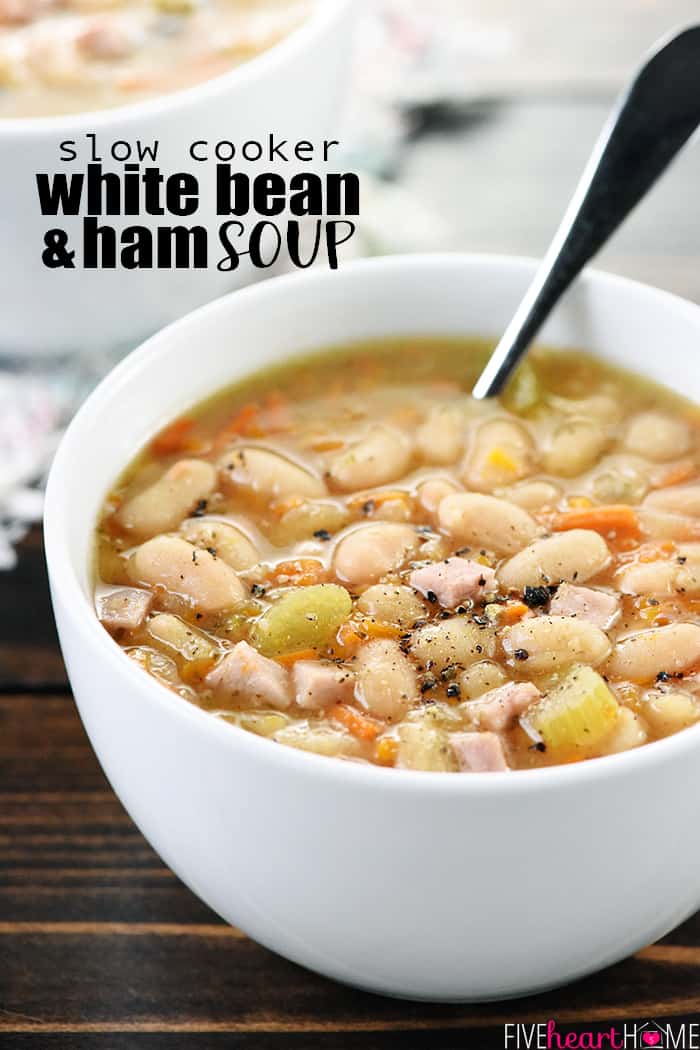 Now that chilly January is here, does anyone else have a leftover holiday ham bone and/or some diced ham in the freezer, just biding time until they can be transformed into something warm and cozy and comforting? If so, this Slow Cooker Ham and Bean Soup fits the bill!

Ham and Bean Soup is pure winter comfort food, though it's actually on the healthier side of things. And my crock pot version makes it ridiculously easy! 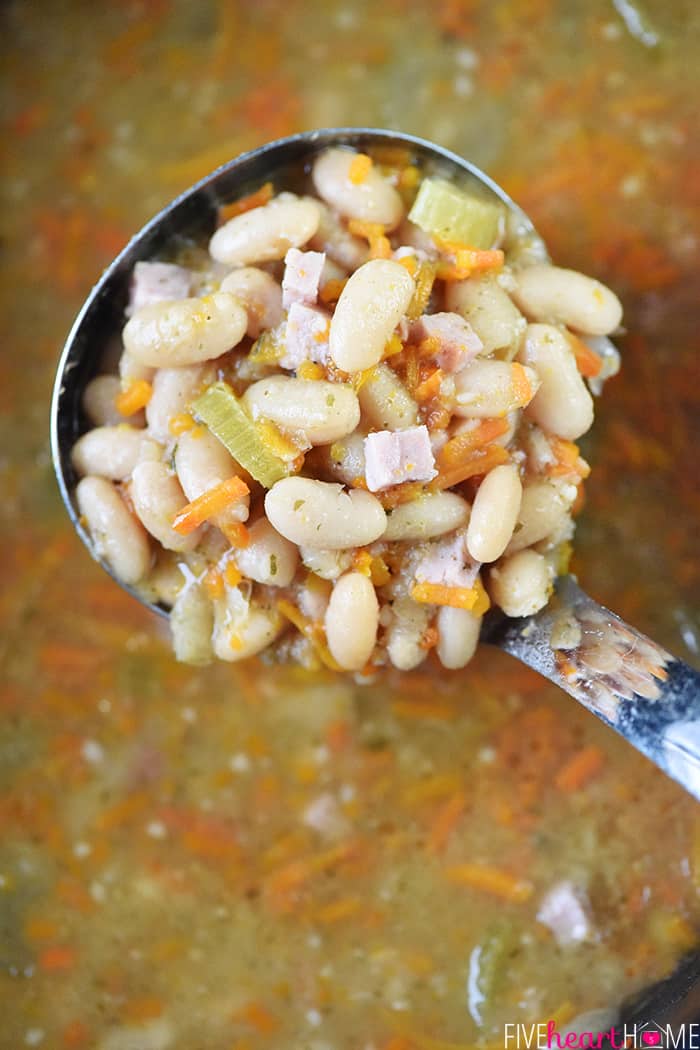 So what goes into the crock pot for this Ham and Bean Soup? Allow me to break it down... 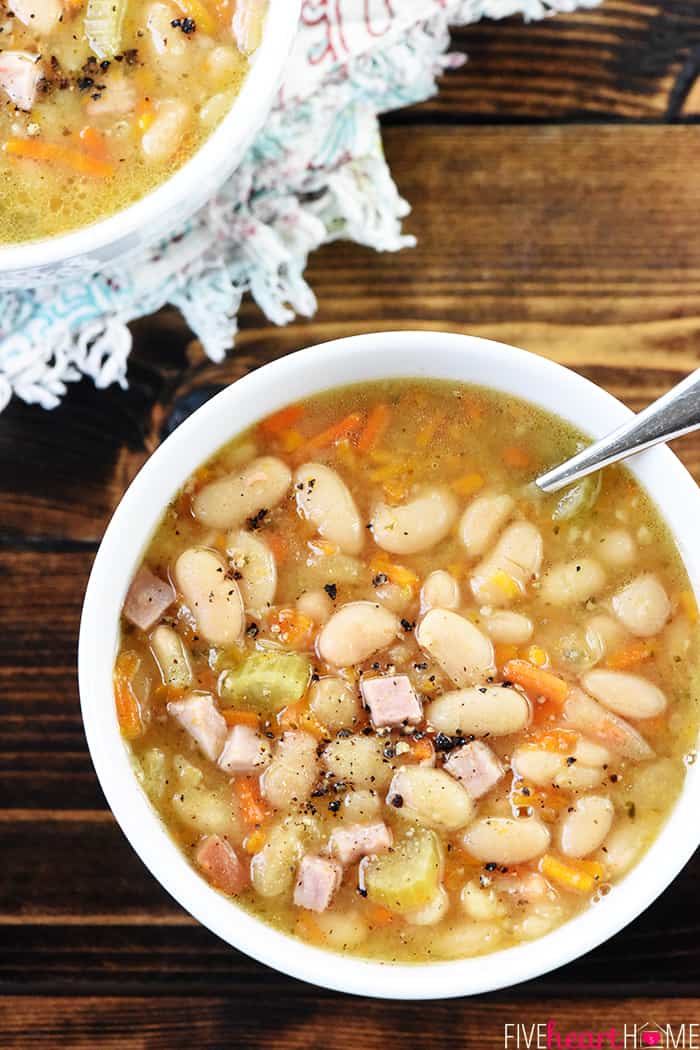 How to Make Ham and Bean Soup

This soup is slow cooked until the beans and veggies are tender and the smoky ham bone has had plenty of time to permeate the white beans and broth with all of its savory deliciousness. And I'm telling you, this is one of those effortless recipes that takes ten minutes to toss into the slow cooker in the morning for a ready-made meal eat at the end of the day. Literally...

That's it, y'all! This complete crock pot meal is hearty, filling, and will warm you up straight down to your toes. I like to serve my Ham and Bean Soup with thick slices of fresh homemade bread and perhaps a side salad.

Although, to be perfectly honest, I think that skipping the side salad is perfectly acceptable...you know, since the soup has carrots and all. 😉 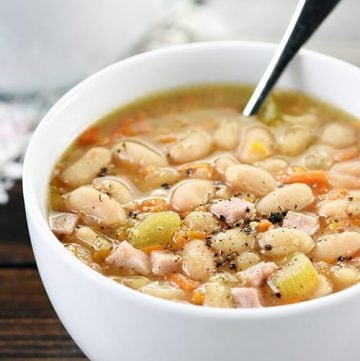