Slow Cooker White Bean Cajun Soup is a cozy crock pot recipe loaded with beans, andouille sausage, veggies, and a flavorful broth to warm you up! 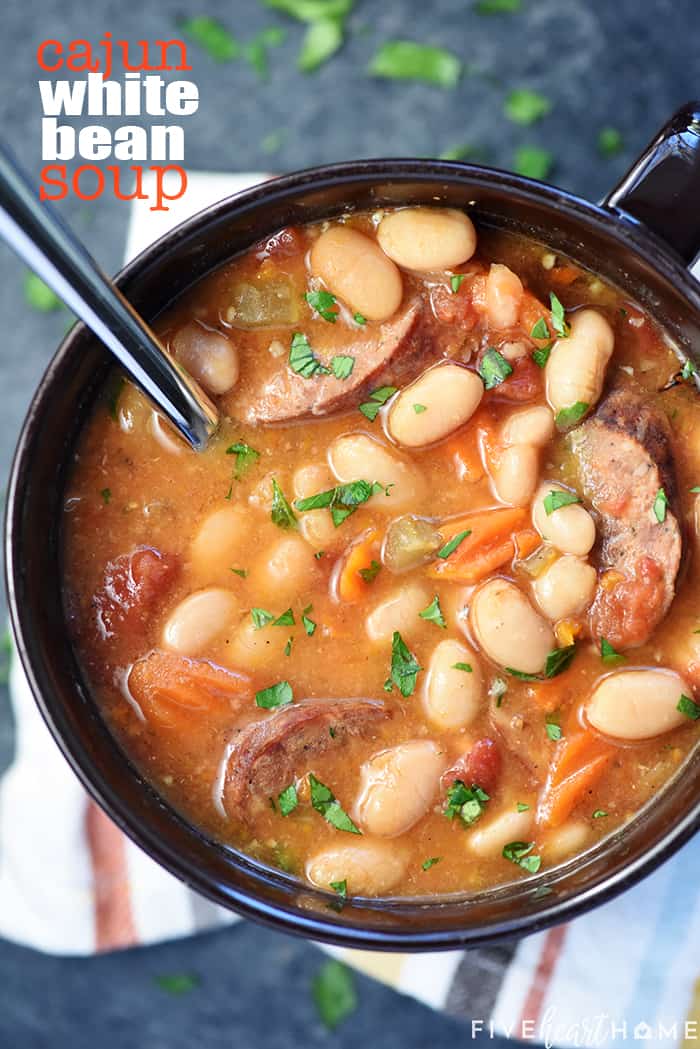 If one is to believe the north Texas weather reports, next Monday, the temperature is not even supposed to reach 50°F. Don't scoff, all ye people already getting snow. Monday also happens to be my middle child's birthday. And I can assure you that, in his short nearly-nine years of life, he's never worn anything other than shorts on his birthday. Who are you, Texas, and what have you done with our typical "fall?"

Not that I'm complaining, though. Because chilly temps mean that the hardworking A/C can finally take a break. And I can actually retire the flip flops for at least a week. And I'll be totally justified in making a big crock pot of warm, cozy Cajun Soup! 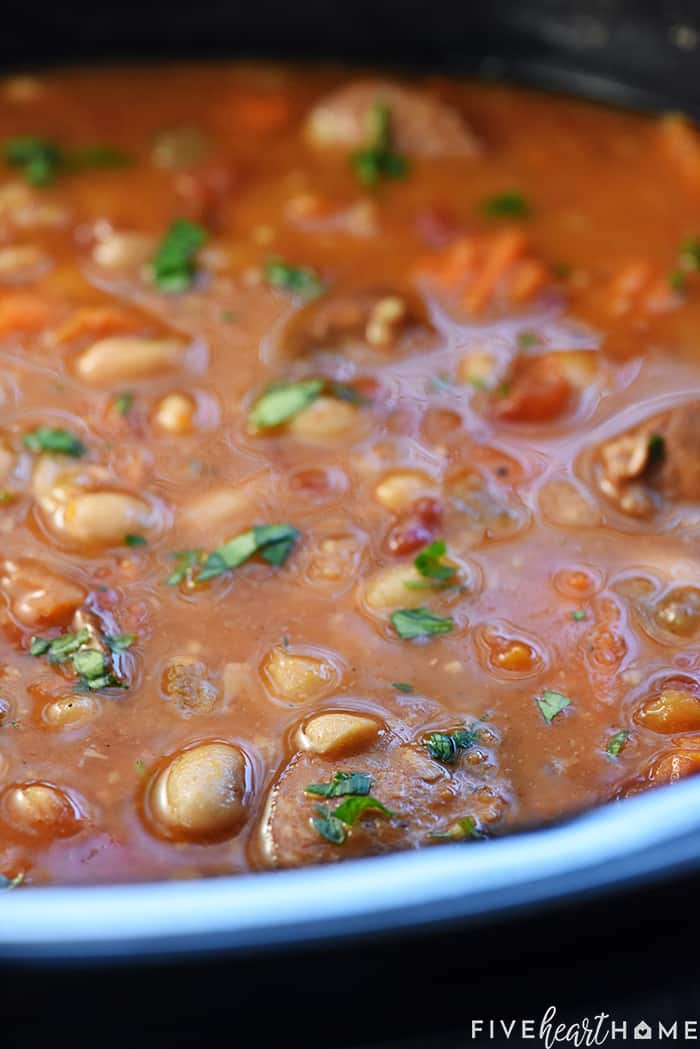 The best thing about this Slow Cooker White Bean Cajun Soup is that it'll warm you up from the inside out. Yes, it's nice and hot temperature-wise (as most soups tend to be). But it's also got a zippy kick of Cajun spice from spicy seasonings and andouille sausage. As a result, you're guaranteed to feel toasty warm from the tip of your tongue to the tips of your toes!

Of course, you have the power to control the heat of this recipe. I initially made my crock pot o' soup with some Creole seasoning and a medium-heat andouille sausage. This combo gave it a nice-but-not-overwhelming spiciness. AKA, my 6-year-old daughter was able to eat it without a problem. The rest of us, however, added Tabasco to our individual bowls, allowing everyone to customize the heat level to our individual preferences. 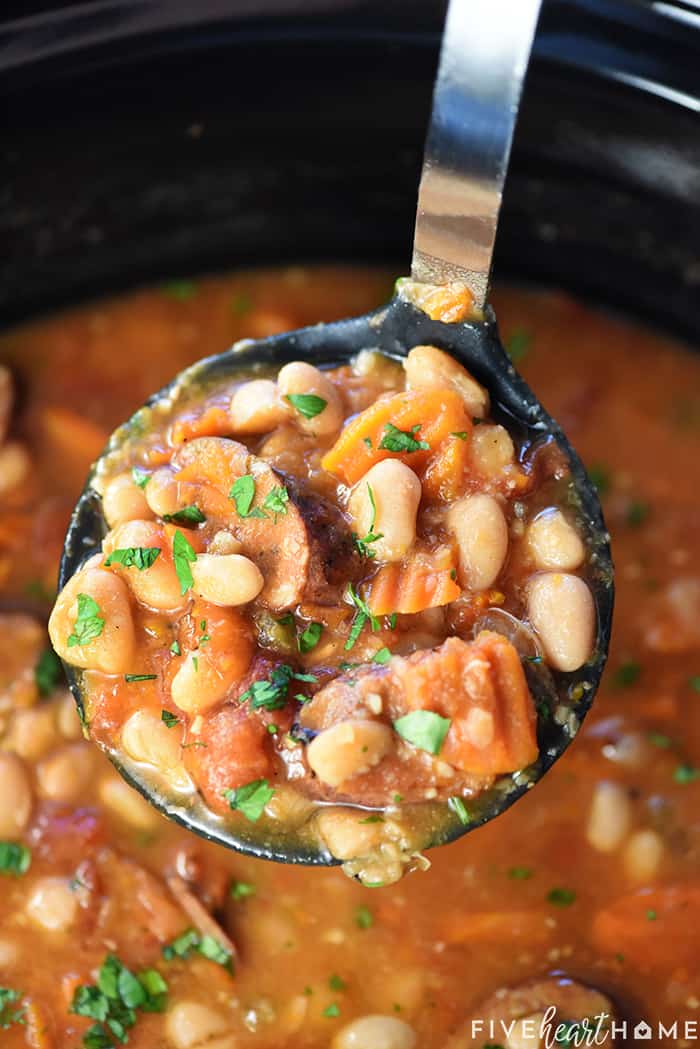 But aside from this soup's Louisiana kick, Slow Cooker White Bean Cajun Soup wouldn't be what it is without the beans. I used dried great northern beans, but navy beans would work just dandily as well.

In addition to creamy white beans and zesty andouille sausage, this soup is also loaded with veggies. Namely, garlic, carrots, celery, and fire-roasted diced tomatoes. And after cooking on low all day, each of the ingredients is tender in a perfectly seasoned broth. 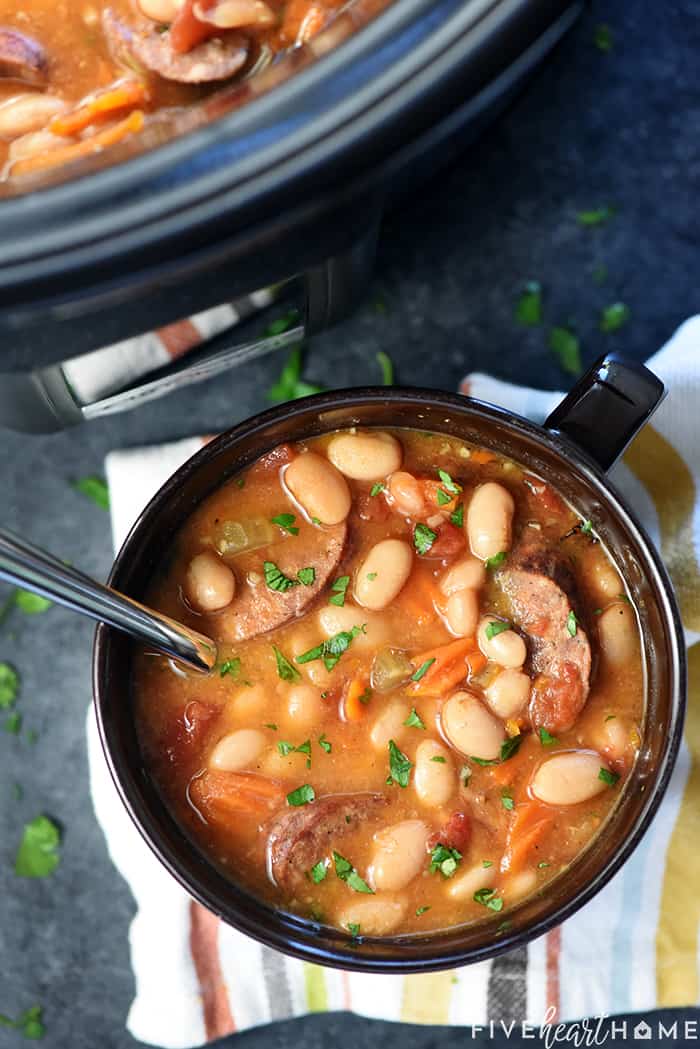 Just before serving, I decided to use an immersion blender to puree some of the soup for a thick, creamy consistency. Since I cooked my sausage directly in my soup, I scooped about 3 cups of beans/carrots/broth into another bowl. Then I pureed that with my immersion blender until smooth and poured it back into the crock pot. That way I avoided accidentally shredding any of my sausage.

The resulting Slow Cooker White Bean Cajun Soup was a tasty, hearty bowl of comfort! My family gobbled it down. Everyone fought over the leftovers. And we can't wait to enjoy it again in a few days! You know, to fortify ourselves against next week's Arctic temps... 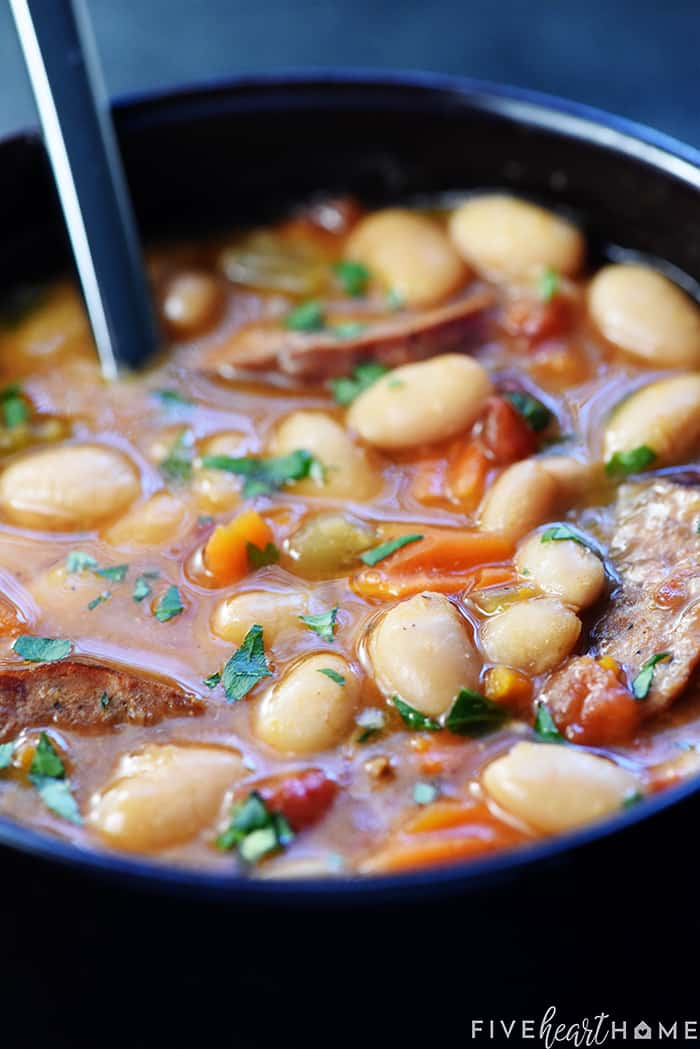 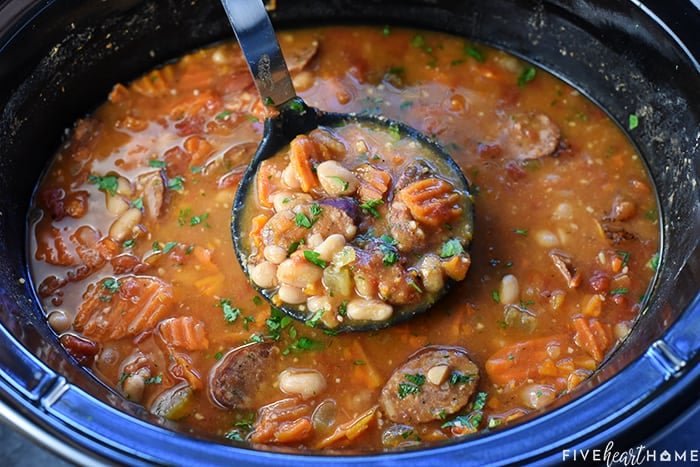 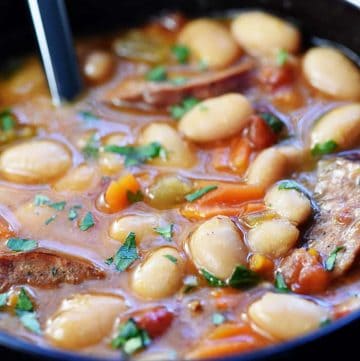