Slow Cooker Olive Garden Chicken Gnocchi Soup is a creamy, lightened-up copycat recipe of the famous classic, made easy thanks to the crockpot! 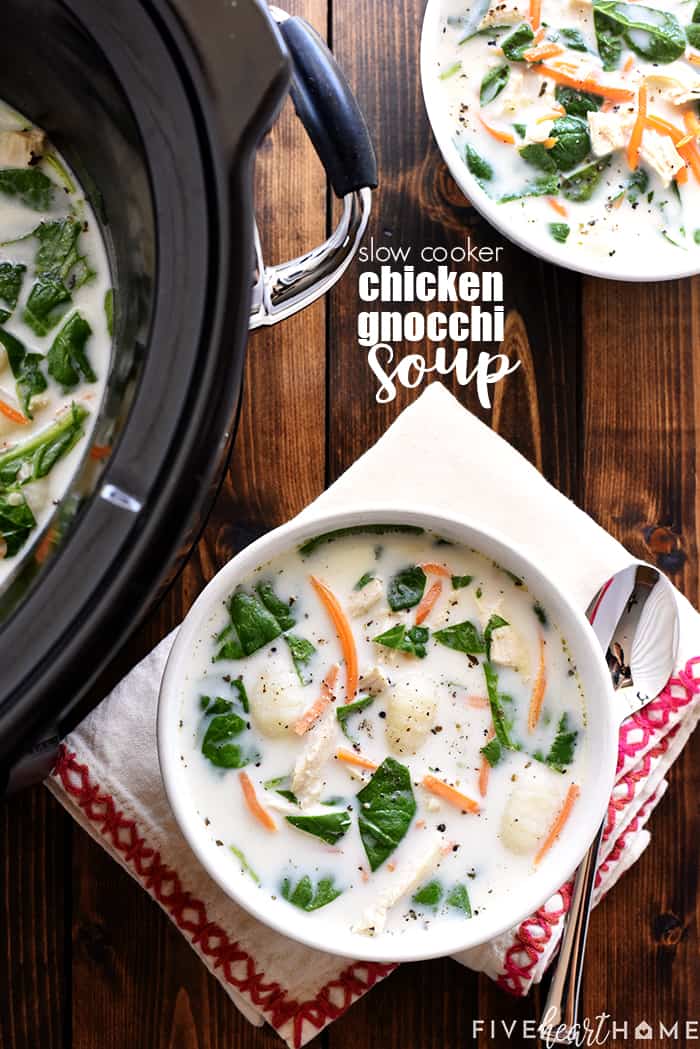 Last week I threw up a little poll on my Instagram Stories and, I have to admit, I was honestly surprised by the results! I asked my IG peeps if -- given the choice -- they would prefer to see slow cooker (Crockpot) recipes or pressure cooker (Instant Pot) recipes. And not only did the slow cooker option get the most votes, but it actually "won" by a 70% to 30% margin!

I was not expecting those numbers. But I was also okay with them, because I had actually already made and photographed this Slow Cooker Olive Garden Chicken Gnocchi Soup. And that means that I'm totally justified in sharing it with y'all today -- ha. 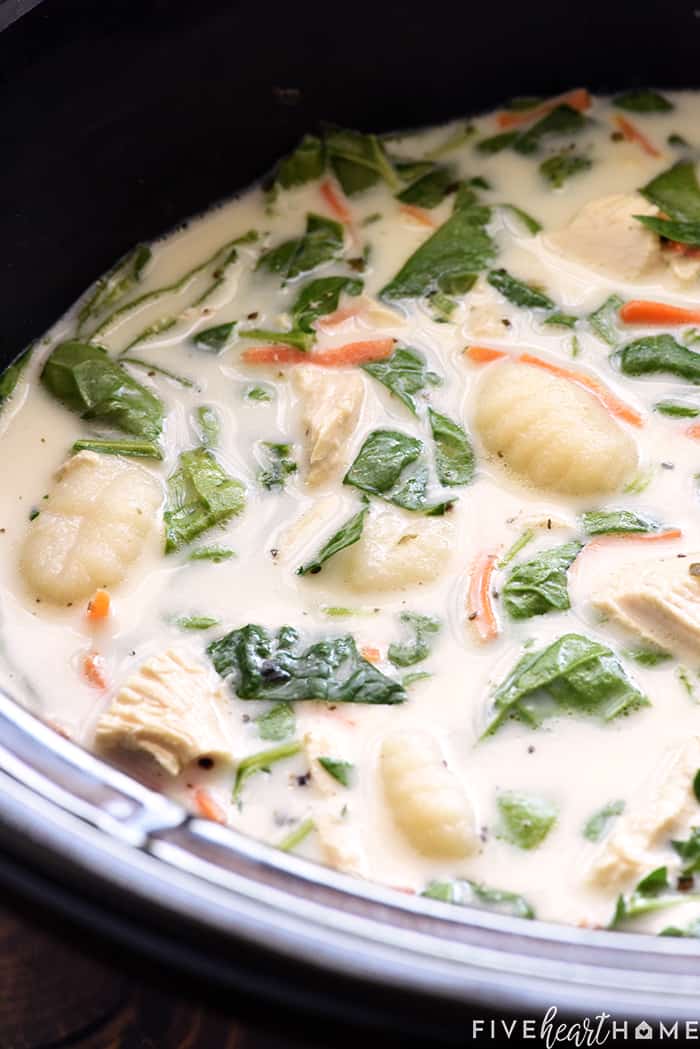 Better than the Original

Have you had this Olive Garden classic before? Well, I think my copycat version of Olive Garden Chicken Gnocchi Soup is even better for a few very important reasons... 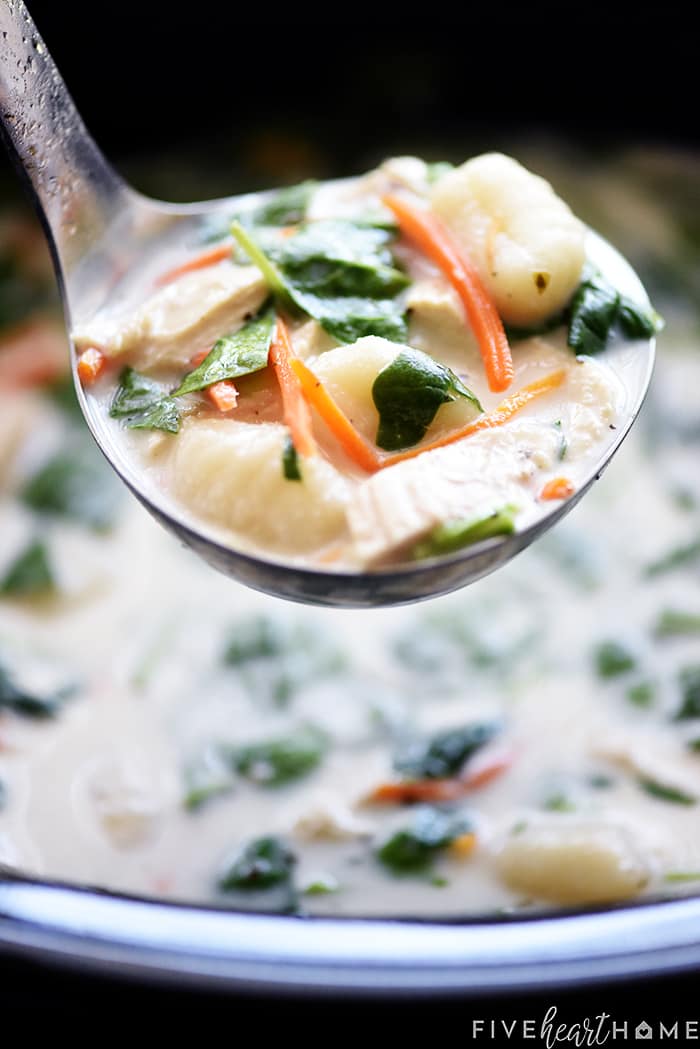 The other bonus of making soup in the slow cooker is that it's just, well, cozy. On a cool fall day (which we'll hopefully have a chance to experience by, ohhhh, November or so), what's better than coming home to a bubbling crockpot of warm, comforting soup? The house will smell heavenly, 'tis true. But even better, after just a few quick steps to finish up the soup, dinner will be ready! 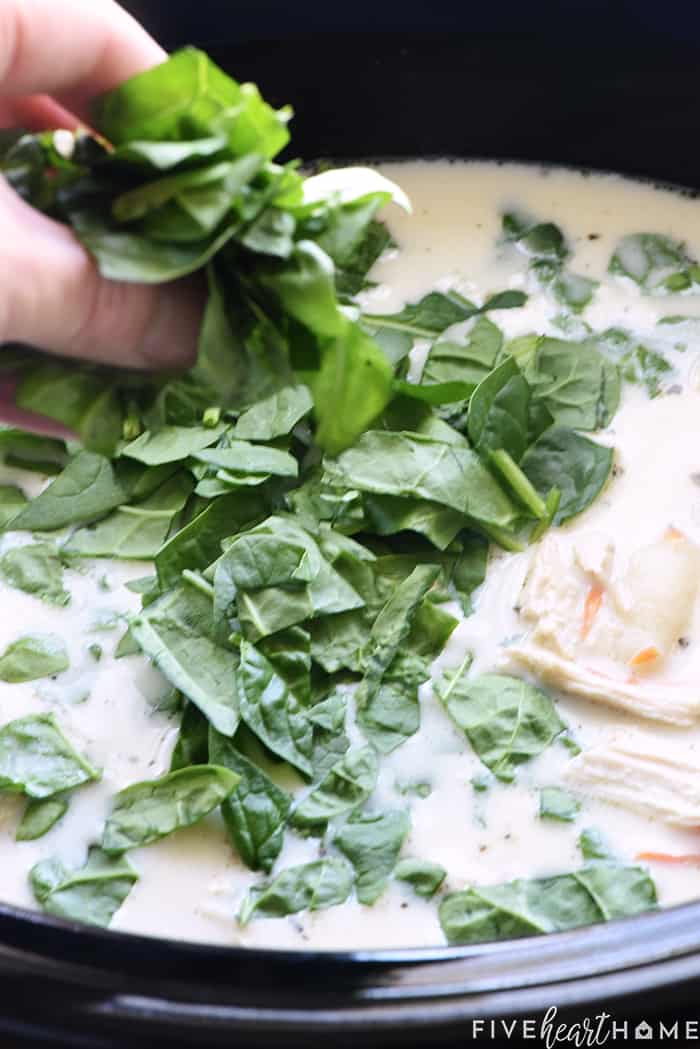 How to Enjoy It

I also love that this Olive Garden Chicken Gnocchi Soup is pretty much a complete meal on its own. Of course you could serve it with a crisp green salad and a loaf of crusty bread.

But you don't have to! It's already brimming with meat, carbs, and veggies, between chunks of plump chicken, soft potato gnocchi, tender carrots, and fresh spinach.

What Kind of Gnocchi to Use

Speaking of which, are you already familiar with those little pillows of Italian potato dumpling goodness known as gnocchi? I've long been a fan of gnocchi in just about any preparation, but Olive Garden really knew what they were doing with this particular combo of ingredients.

And better yet, you can use whatever type of gnocchi best works for you, whether homemade, fresh, packaged, or frozen. 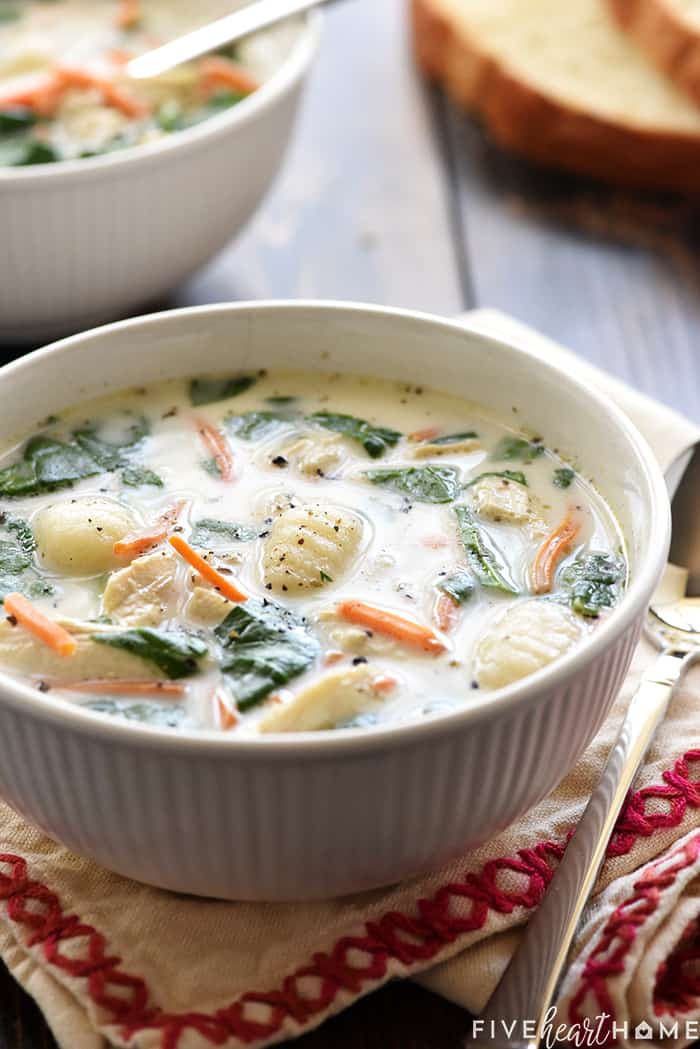 My whole family loved this Olive Garden Chicken Gnocchi Soup. Particular offspring of mine may have picked around particularly large pieces of spinach, but overall, everyone happily scarfed it down. The middle child and the hubby even went for second and third helpings, and I've already been asked when I can make it again! So I'd say that's a winner winner of a chicken soup dinner...

So what do y'all think? Did you get to participate in my IG poll? Do you align with the majority in loving your Crockpot more than your Instant Pot? Or would you have voted the other way?

Rest assured that I'll continue to bring you alllll kinds of dinner (and non-dinner!) recipes, from slow cooker to pressure cooker to plain ol' stovetop and oven. Because variety is the spice of life, right?? But just know that you're always free to let me know if you have requests for a specific or a certain type of recipe. I aim to please, y'all!

In the meantime, I hope you enjoy this slow cooker copycat of Olive Garden Chicken Gnocchi Soup! 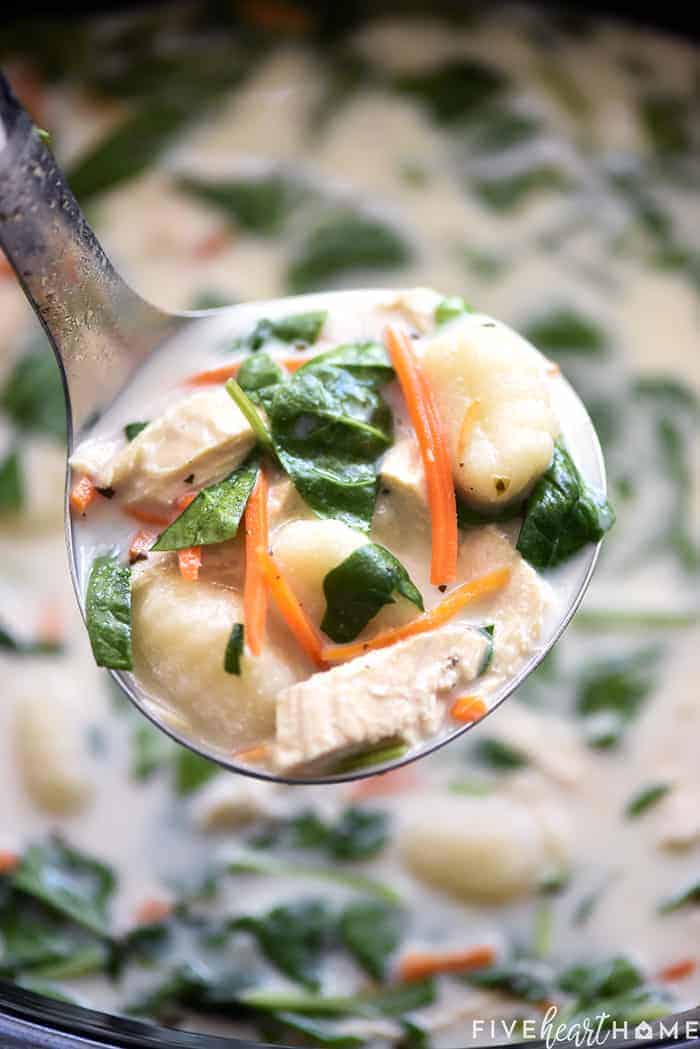 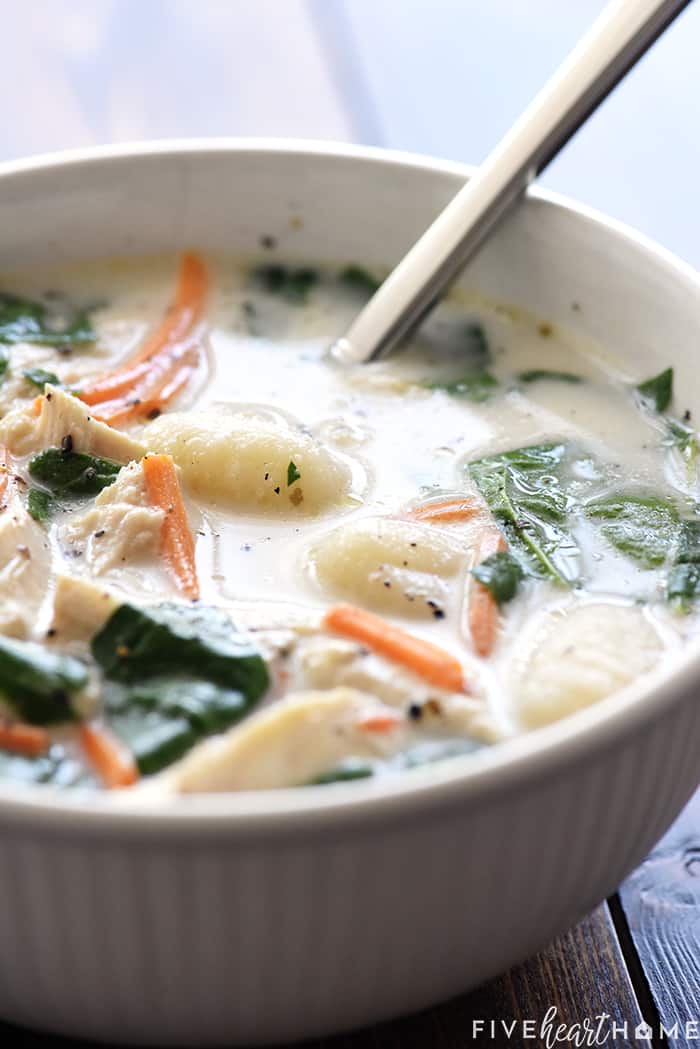 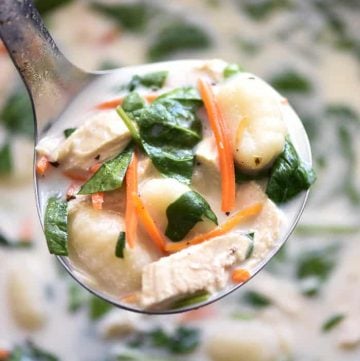