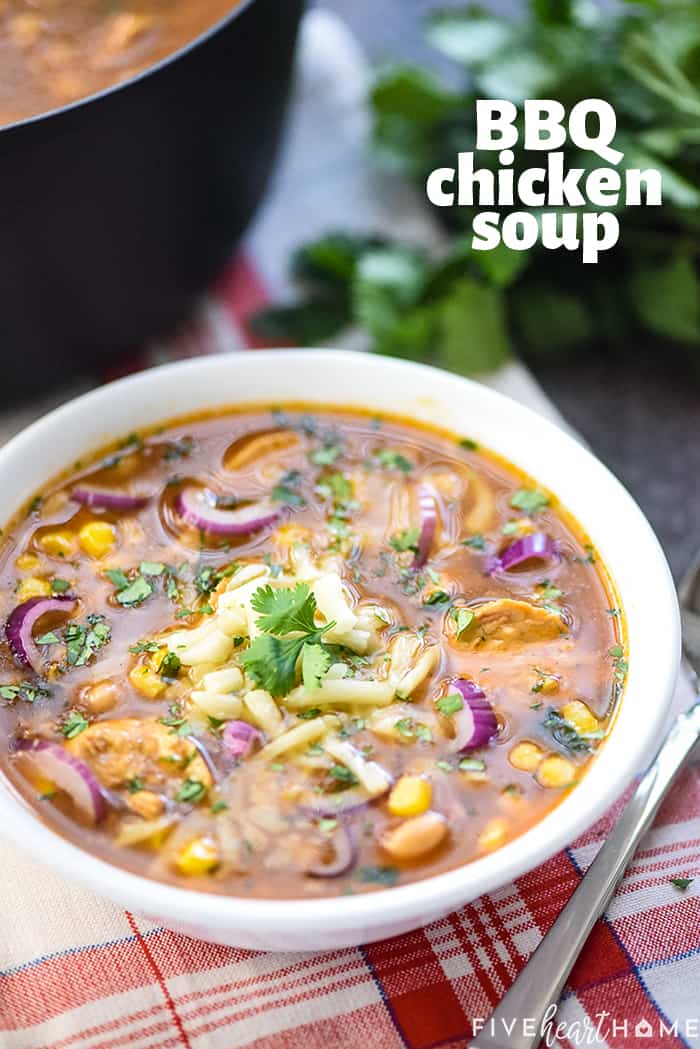 I know, I know...it's still hotter than blazes outside. But "fall" officially arrives this week so I suppose that means soup recipes are now fair game. You know, even if the temperature doesn't follow suit 'round some parts for a few months yet. But just so you're prepared when that first cold front (finally) hits, I figured today would be the perfect opportunity to share my new favorite soup recipe...BBQ Chicken Soup!

If you're anything like me, you're already a big fan BBQ Chicken Pizza. In fact, that combo of ingredients first made famous by California Pizza Kitchen is one of my favorites, seeing as how I already turned it into BBQ Chicken Tortilla Pinwheels and BBQ Chicken Dip.

So that got me a'thinkin'...what better way to enjoy those same flavors alllll fall and winter long than in a cozy, flavorful soup? 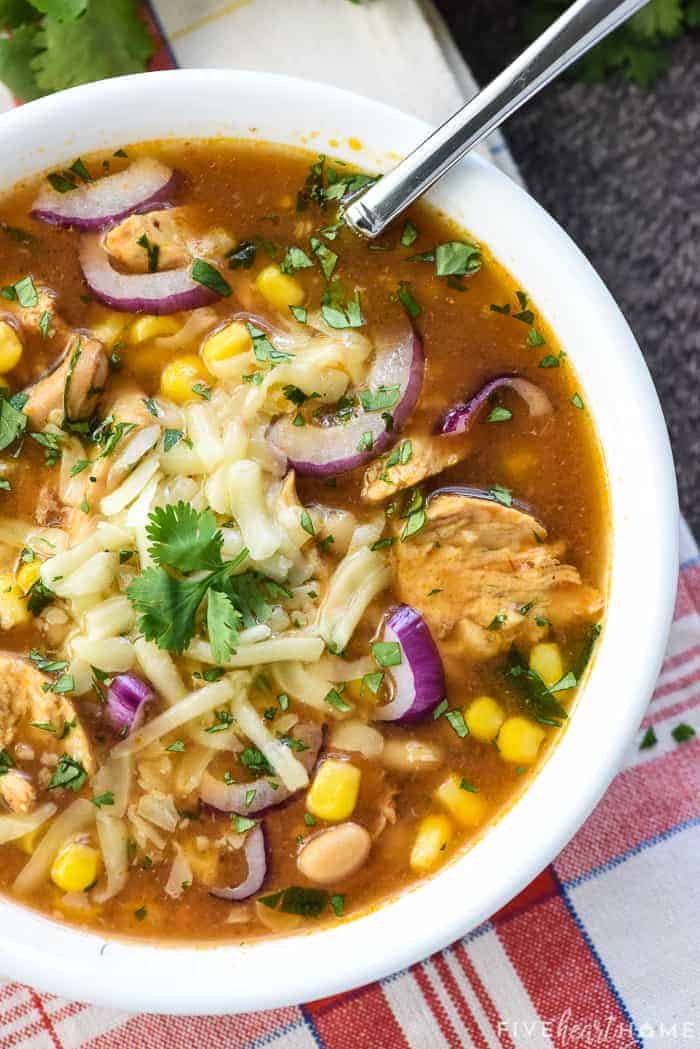 So what makes BBQ Chicken Pizza -- and hence, BBQ Chicken Soup -- so yummy? Allow me to enumerate the ingredients... 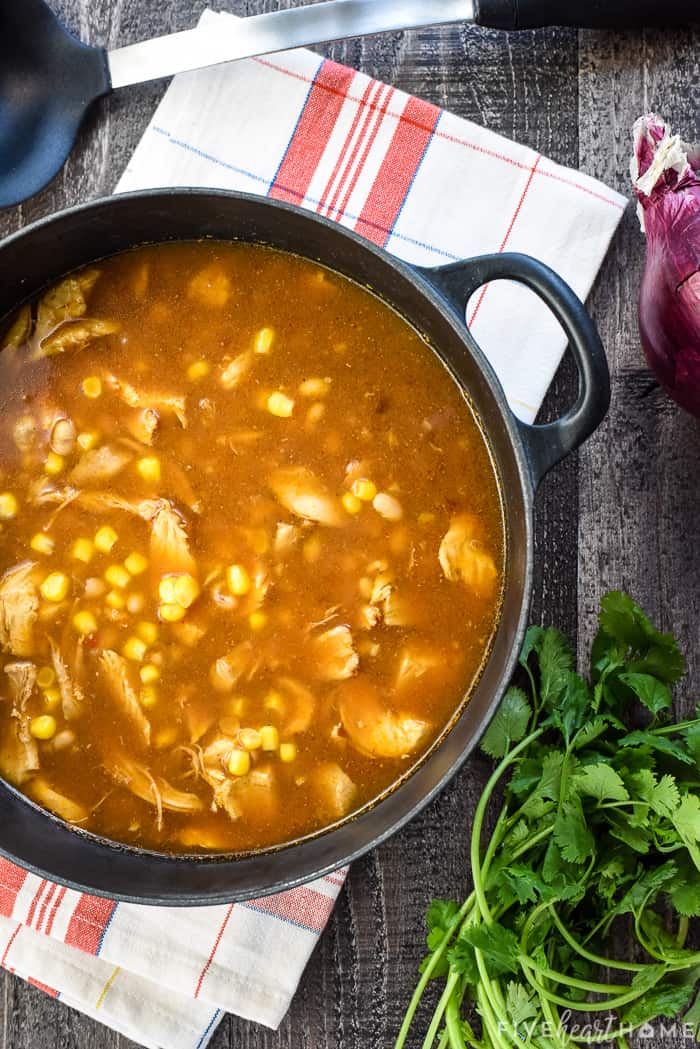 But where are those other ingredients typically found on a BBQ Chicken Pizza? Well, I thought that those were best added as fresh garnishes atop of the finished soup. 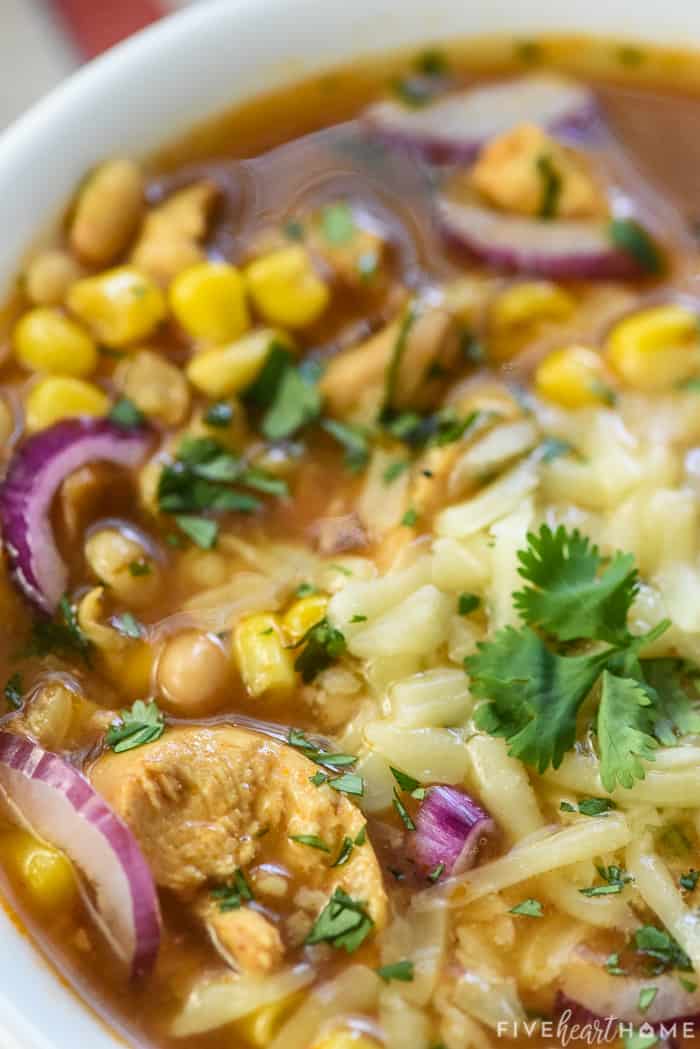 How to Make BBQ Chicken Soup

This soup recipe is super quick and easy to throw together on the stovetop. 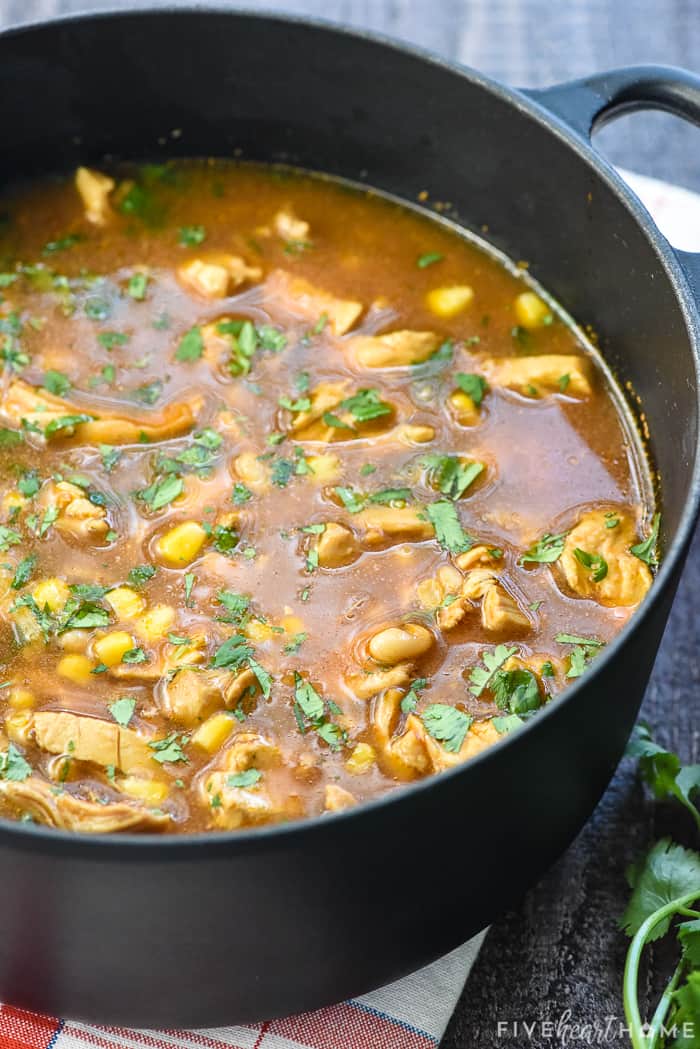 This BBQ Chicken Soup is adaptable, too!

Instead of boneless, skinless chicken breasts and/or thighs, you may instead opt to use bone-in, skin-on chicken pieces. Some people prefer to simmer the chicken with bones and skin intact for optimal flavor. Just keep in mind that you may have to increase the cooking time a bit to cook whole pieces of chicken through. And obviously, you'll need to remove and discard the bones and skin (and skim the fat from the surface of the soup, if necessary) before eating.

If you wish, it would also be a cinch to whip up this recipe in the slow cooker or pressure cooker instead of on the stovetop. 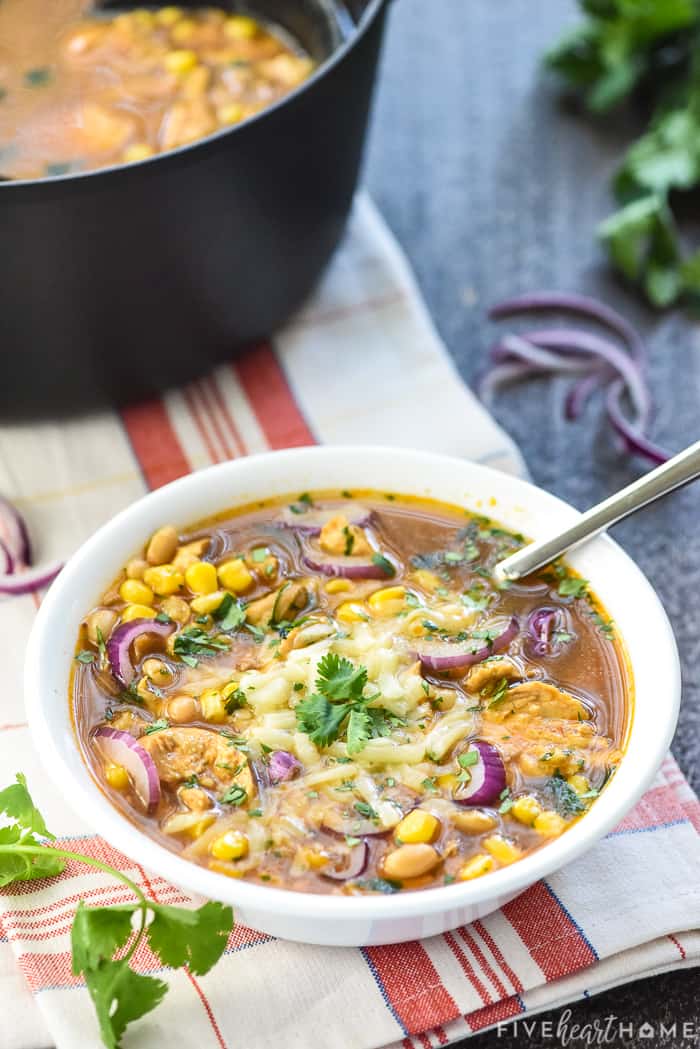 Combine all of the ingredients in your slow cooker (except for the garnishes). Cook for around 6 hours (depending on how hot your crock pot runs and the cuts of chicken you choose to use). The soup is done when the chicken is cooked through and tender but not dry or overcooked.

Since there is no evaporation when you make soup in a slow cooker (as opposed to cooking it on the stove), I'd recommend reducing the chicken broth by 1 cup (so use 7 cups instead of 8). 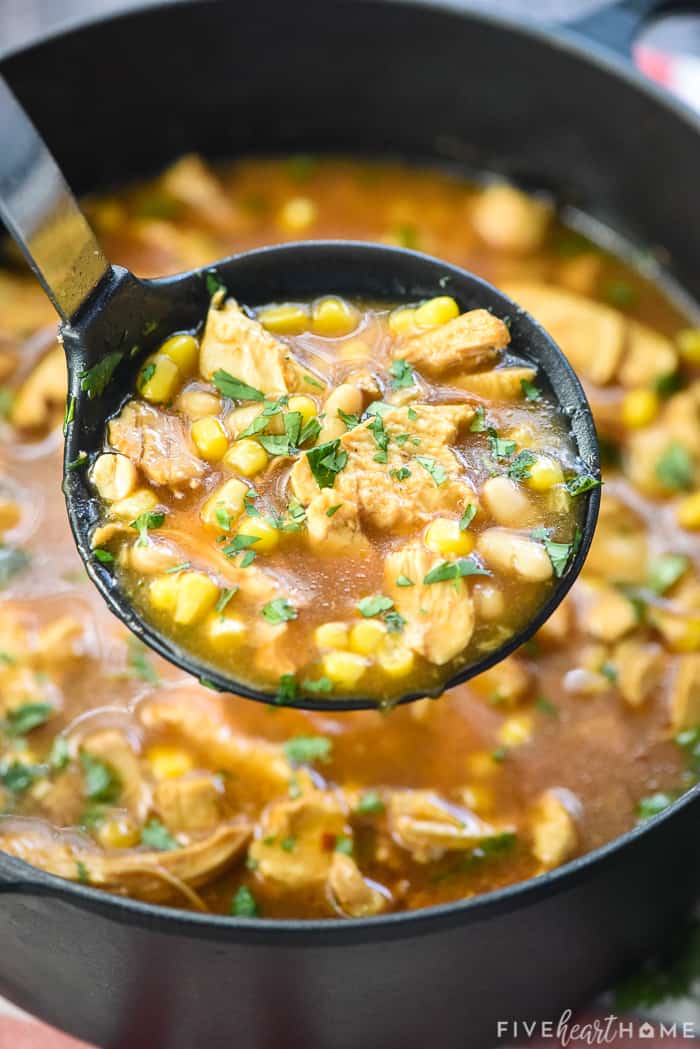 I've also made this recipe in my 8-quart Instant Pot by combining all of the ingredients, with the exception of using only 7 cups of broth instead of 8 cups. Seal according to the manufacturer's directions. Cook on the SOUP setting for 10 minutes and then allow the pressure to naturally release (which will take at least 10 to 15 additional minutes). If you attempt a quick release, your soup may come spewing out of the valve!

Also, if your Instant Pot is a 6-quart model instead, you may want to reduce the broth by yet another cup (using 6 cups broth total). You don't want to overfill your pot. And you can always stir in a little extra broth just before serving if you feel there's not enough liquid after adding the chicken back to the pot.

This BBQ Chicken Soup is easy, speedy, and extremely tasty. It's one of my family's favorite new spins on chicken soup, and I hope you enjoy it as much as we do! 🙂 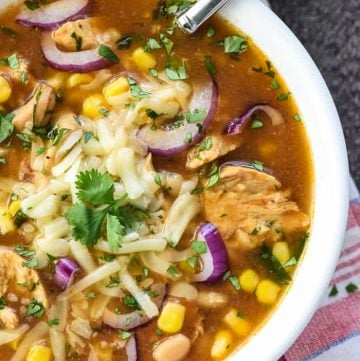