Bacon Cheddar Jalapeño Cornbread is moist, tender, and loaded with flavor...the perfect accompaniment for all of your favorite soups, stews, and chilis!

So...I'm posting this recipe today because cornbread accompanies soup, and soup is associated with cold weather, and maybe if we build it, they will come. Or, in this case, maybe if we act like fall temperatures have arrived, they finally will. Because, Y'ALL. It hit 100 degrees around here this past week. IN MID-OCTOBER. So if it's not too much trouble, everyone in central Texas please make a skillet of this Bacon Cheddar Jalapeño Cornbread STAT so that we can put this confused weather craziness behind us. 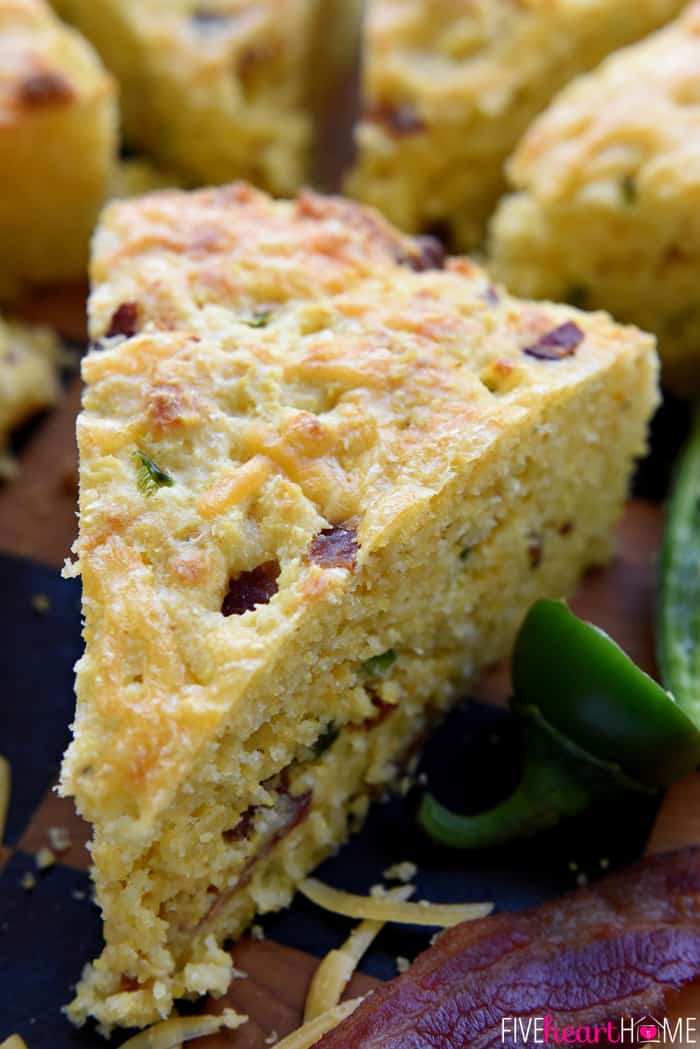 Now about this cornbread... Oozing with melty cheese, studded with salty bacon, and peppered with minced jalapeños, this version is so tasty that it doesn’t even require soup to justify it. Feel free to change up the cheese if you prefer — Monterrey jack or even pepper jack would be yummy as well — but be sure not to skimp on the bacon, because hellooooo? Best. Part. ? And as long as you remove the seeds and membranes from your jalapeños, they should lend flavor as opposed to heat, but you can always omit them if peppers aren’t your thang. 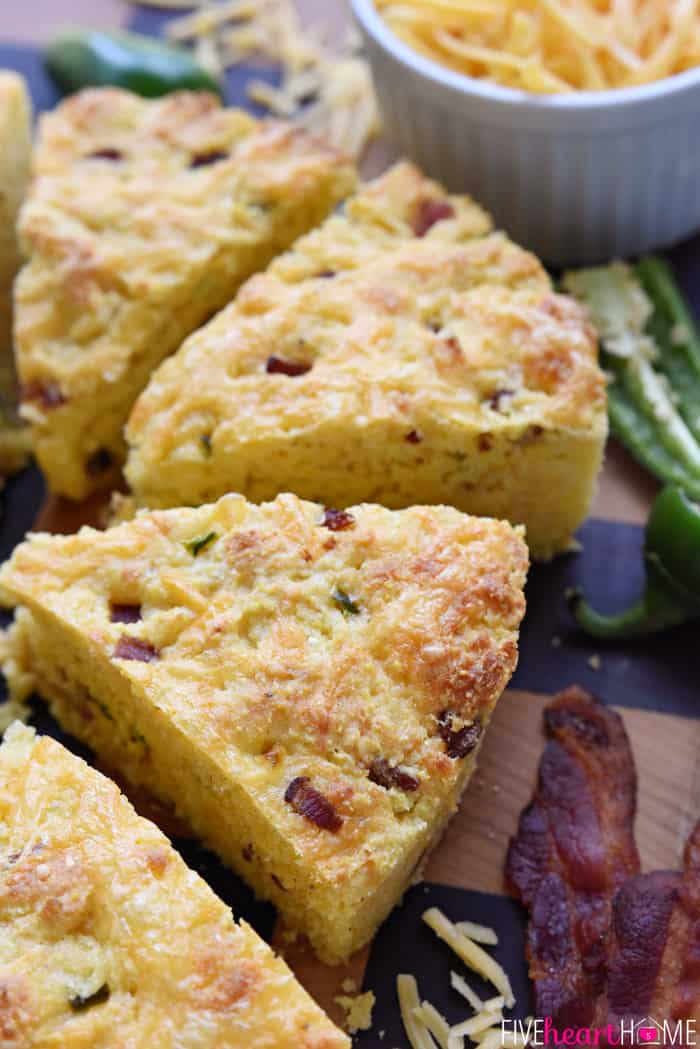 I make cornbread so often through the fall and winter months that I keep a jumbo jar of Homemade Cornbread Mix in the pantry year round, allowing me to effortlessly whip up a skillet of golden goodness at a moment’s notice. If you enjoy cornbread with soup, stew, or chili, I highly suggest you do the same! It only takes a few minutes to put together a big batch of cornbread mix...and not only does it save you time when making a pan of cornbread, but it's also free of the additives and icky ingredients prevalent in most store bought cornbread mixes. Plus, you can easily jazz it up with other flavors, as evidenced by -- wait for it! -- this Bacon Cheddar Jalapeño Cornbread! 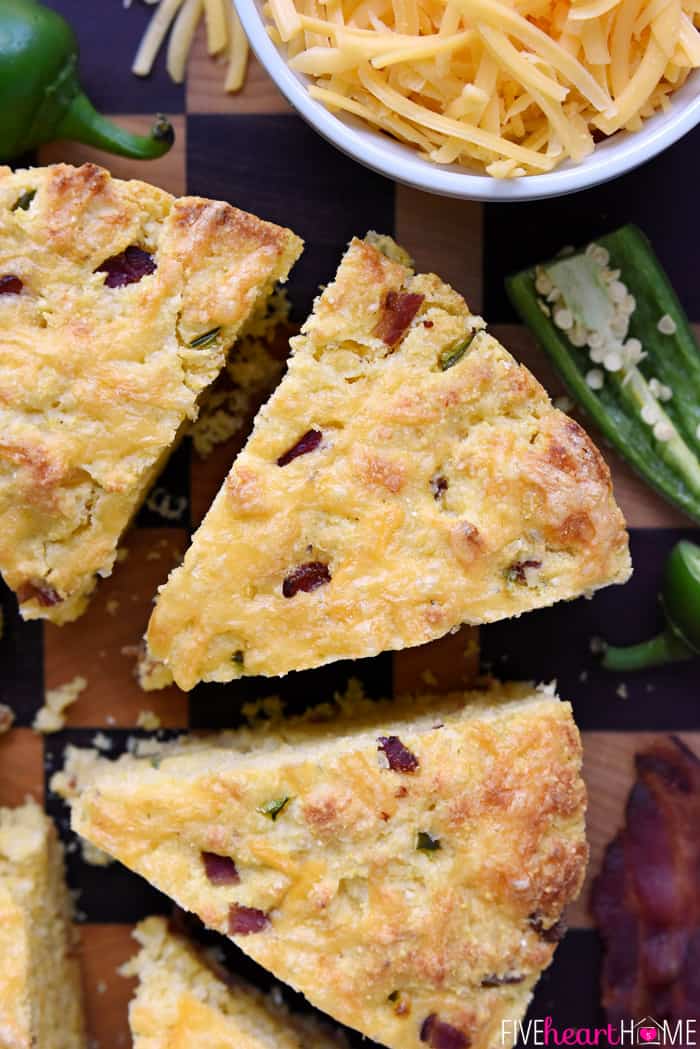 So are you already enjoying autumn leaves and brisk mornings and pleasantly cool weather? Or, like me, are you sweating it out in a location that apparently still has not received the memo that summer is over? If it's the latter, I'm sorry. I commiserate. And I think that baking cornbread is clearly the answer. 😉 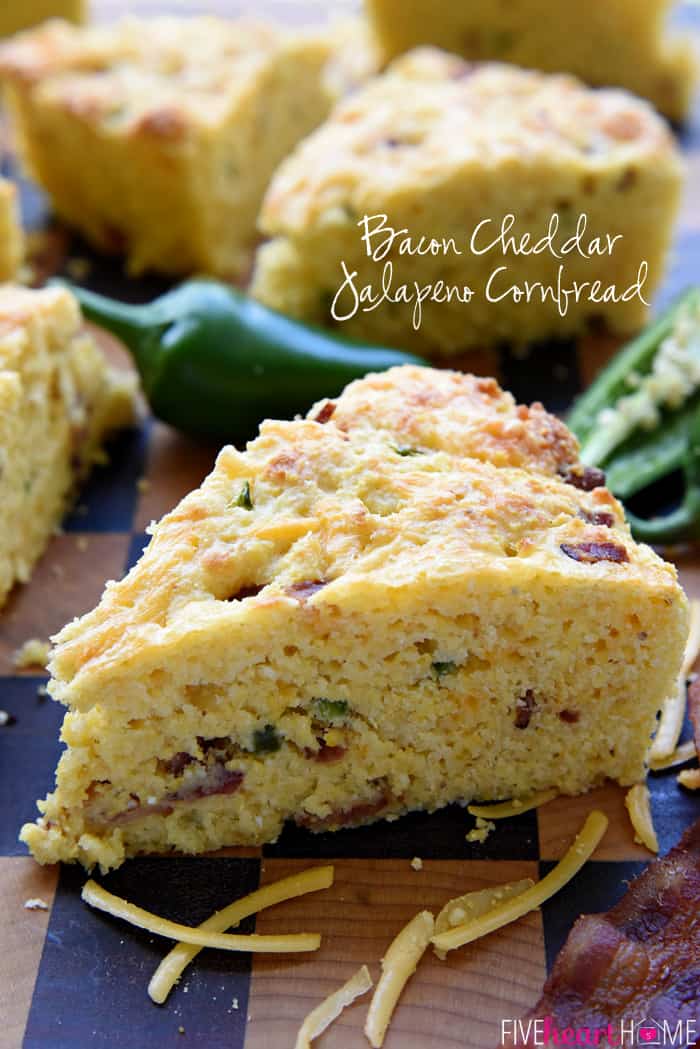 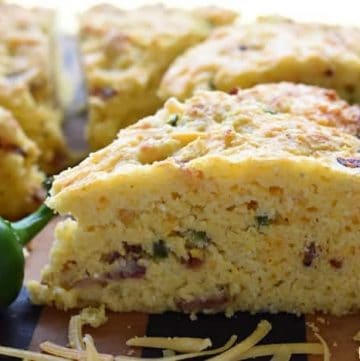 This recipe was originally shared at Lil' Luna in September 2015.

Cozy Soups to Enjoy with This Recipe