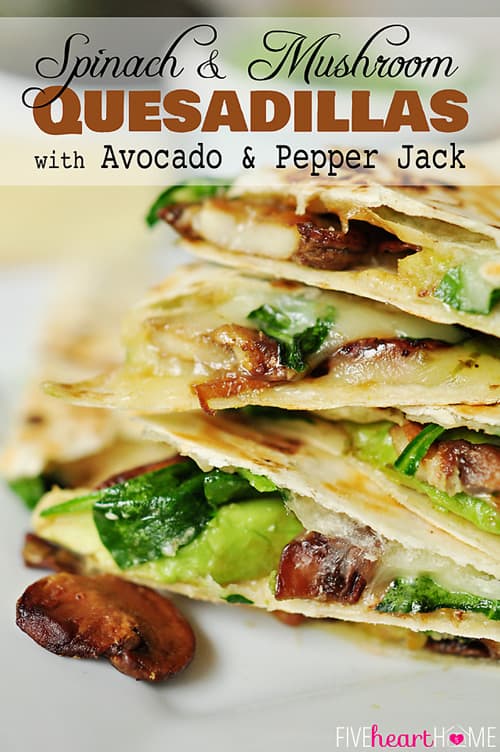 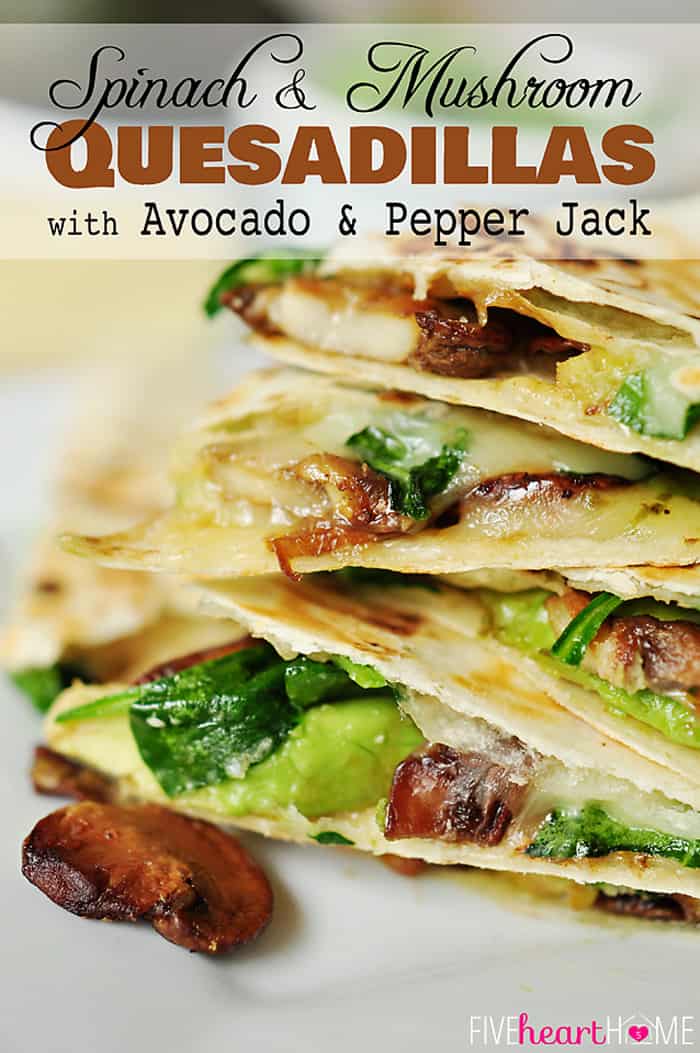 But once a year, during Lent, we have a string of meatless Fridays. Seafood is permitted of course, but out of sheer laziness, I usually just come up with some sort of breakfast-for-dinner option that doesn’t include sausage/bacon/ham (darn). 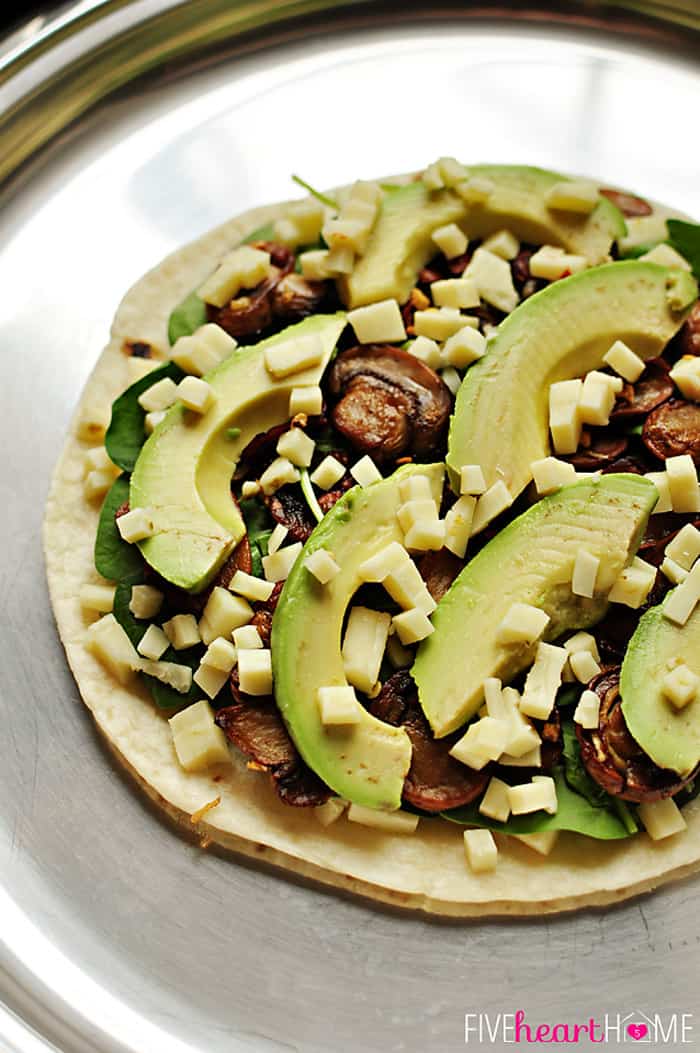 This year, however, I decided to think outside of the box. And I concocted an entree so hearty and delicious that I would happily eat it for dinner (or lunch or a snack) any day of the year. Seriously, friends…these quesadillas are amazing. I’ve been dreaming about them ever since I made them. And my two young boys, who say they don’t care for mushrooms, claim to despise spinach, and profess that pepper jack is too spicy? They devoured them, too. So HA. 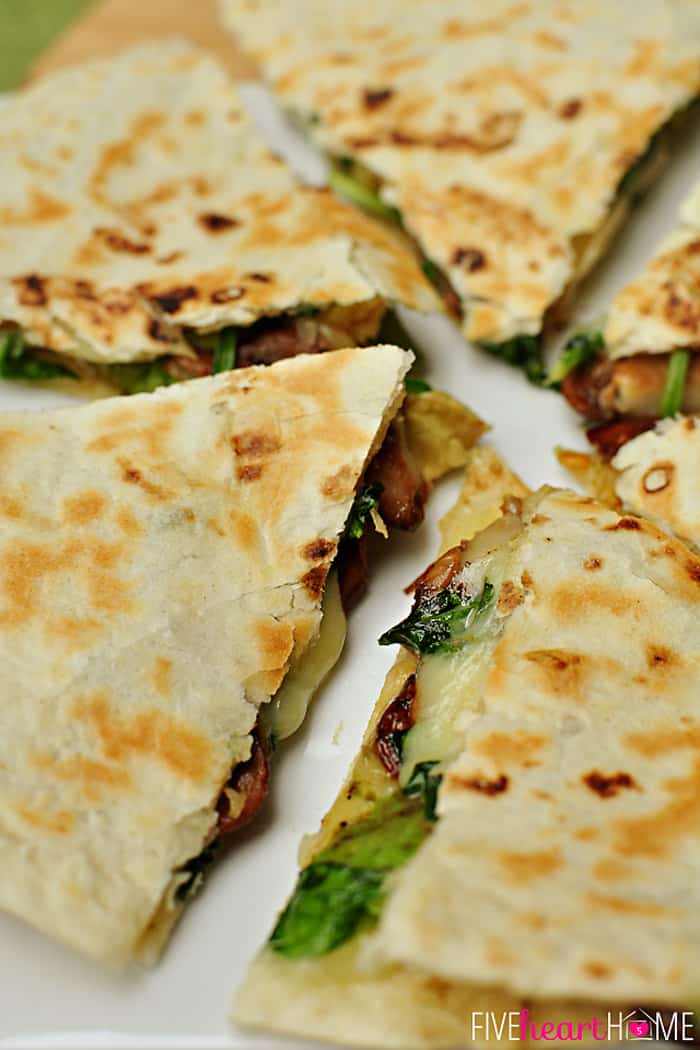 As with most quesadilla recipes, these whip up in no time. The most time-consuming step is sauteeing the mushrooms, and I think you will agree that your 15 minutes was well-invested once you taste the resulting garlicky awesomeness. After the mushrooms are prepped, all you do is layer the ingredients and cook your quesadillas in a skillet until the tortillas are toasty, the spinach is wilty, and the cheese is melted.

And then? You dig in. And that’s the best part by far. 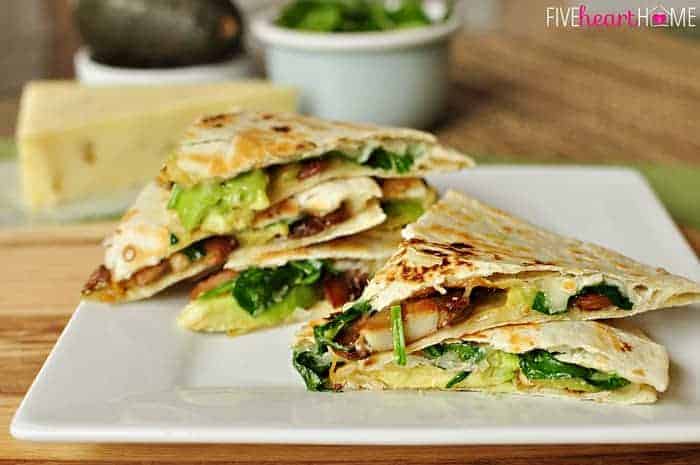 Have I mentioned how filling these quesadillas are? I can typically eat a whole quesadilla all by myself when stuffed with my standard leftover taco meat/pulled pork/barbecue-plus-cheddar combo. But I ate less than 3/4 of one of these quesadillas the other night and felt full, but not overly so. The meaty, garlic-infused mushrooms and rich, creamy avocado make them perfectly satisfying. My family honestly didn’t miss the meat in these, and that’s saying a lot. 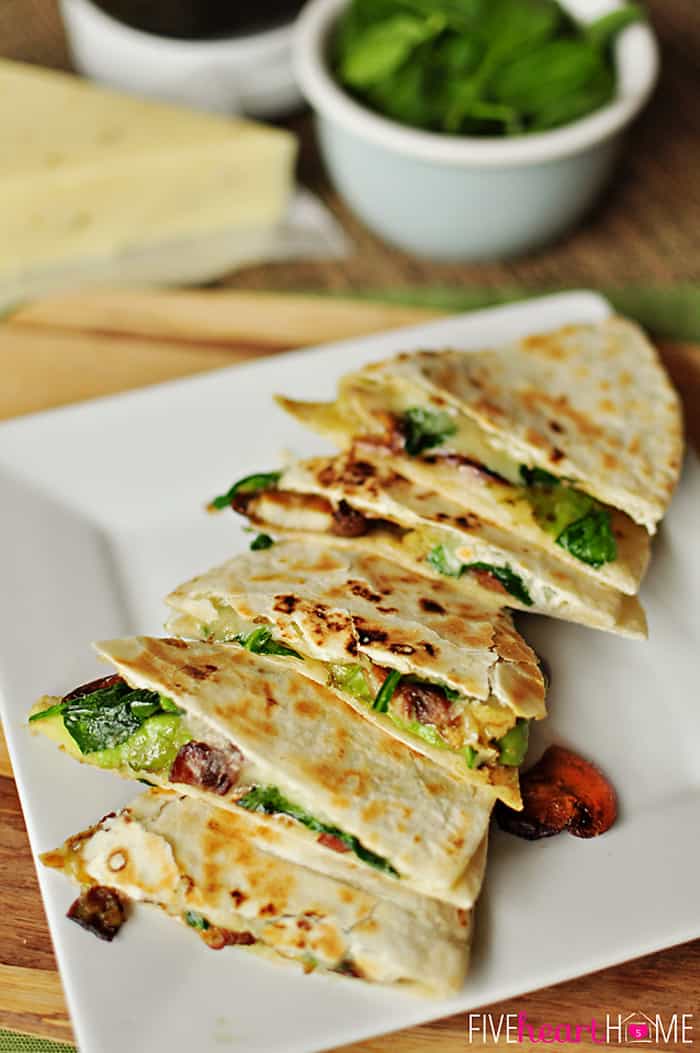 While even my kids didn’t find the pepper jack to be overly spicy, you can certainly substitute regular Monterrey jack (or really, whatever your favorite cheese happens to be) if you prefer. I would typically shred my cheese to ensure quick and easy melting, but as you can see from the photo at the top of this post, I didn’t feel like dirtying my grater for just a little bit of cheese, so I finely diced it with a knife instead and it worked just fine. And finally, this recipe makes two whole quesadillas, which I like to slice into six wedges each, but feel free to scale the recipe up or down depending on how many people you’re feeding. 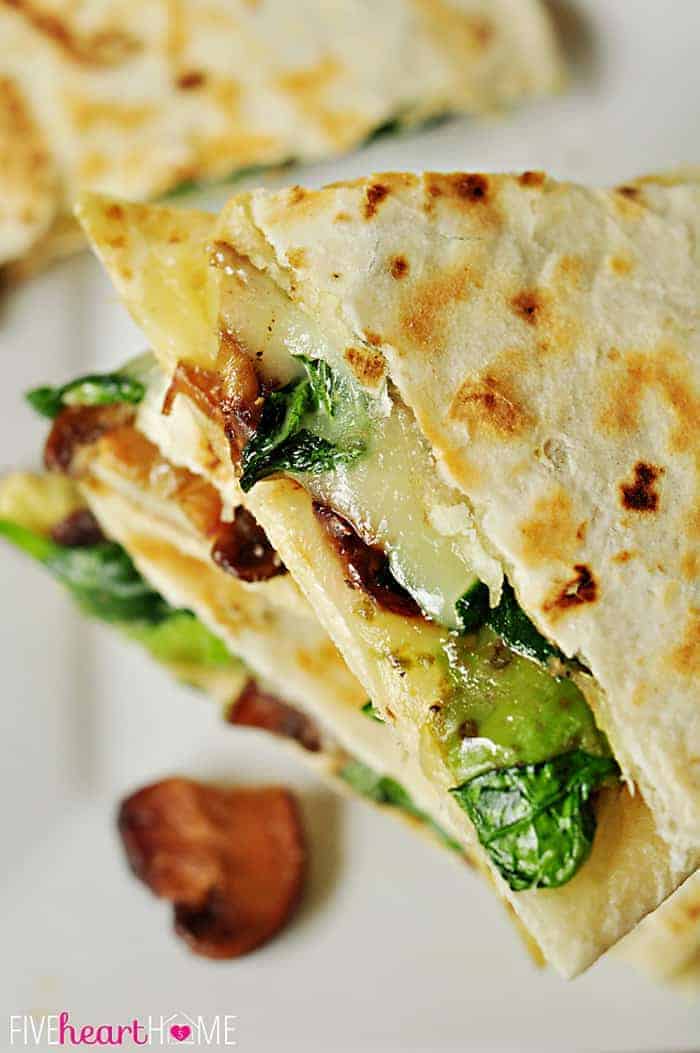 Whether you need some meatless menu ideas for Lent, or whether you regularly incorporate meatless entrees into your diet, or whether you don’t ponder meat one way or the other but you just think these look dang good (and they are!), I hope you have a chance to try these Spinach & Mushroom Quesadillas with Avocado & Pepper Jack…soon! They combination of flavors and textures is out of this world. I pinky swear it.

P.S. Be sure to check back tomorrow (Sunday) for one of the BIGGEST giveaways I’ve ever hosted! It’s a good one…you won’t want to miss it! 😉 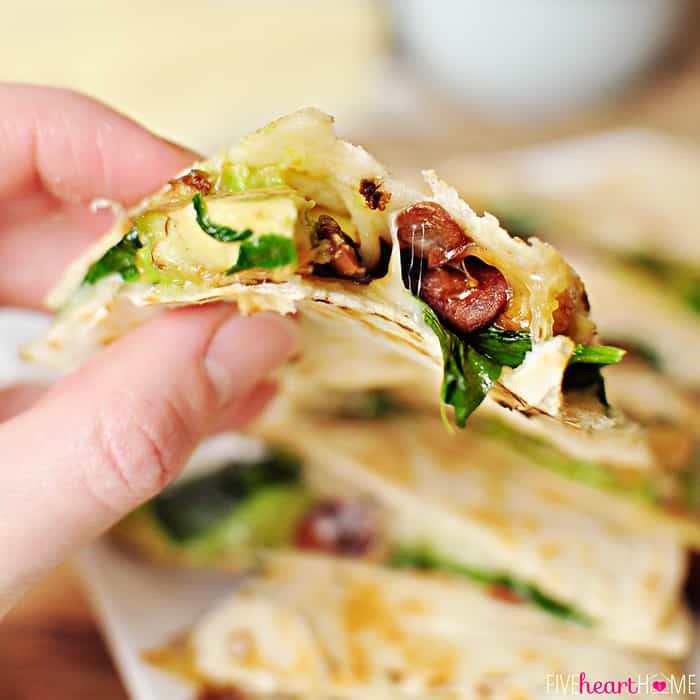 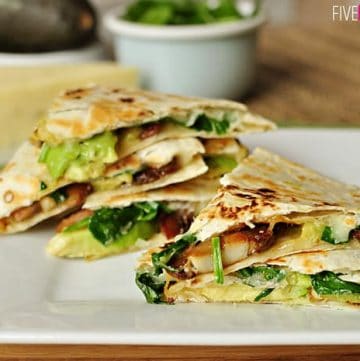