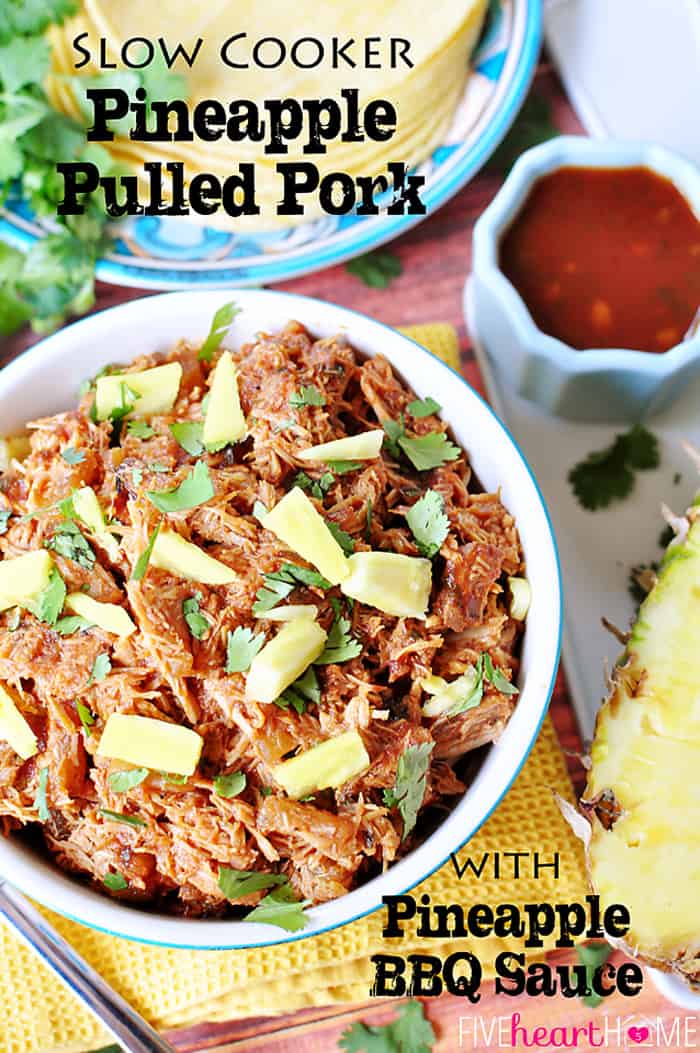 Have I mentioned before that I big puffy heart my crock pot? I think I may have...a time or twelve. But did you know that one of my favorite things to cook in the slow cooker is pork? And that I consider pork and pineapple to be a match made in heaven? I suppose that's what I get for being born in Hawaii... But if you happen to agree, you are going to love what I have in store for you today! 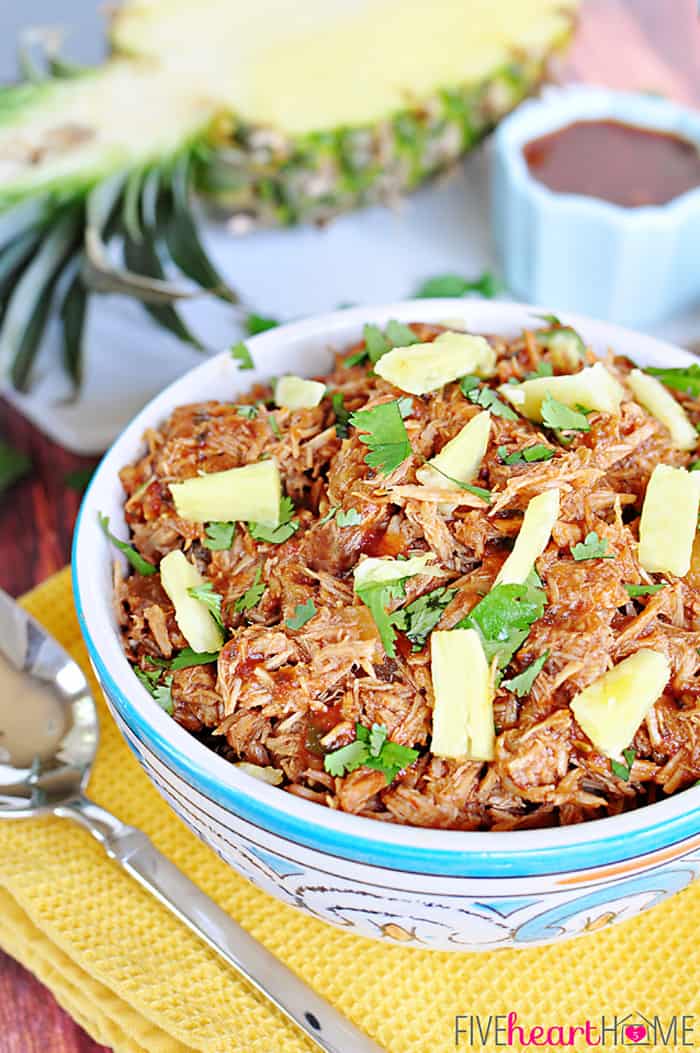 The crock pot is so great for cooking big hunks of meat and then shredding them, whether that involves beef, chicken, or pork. Of course, it's easy for such recipes to all end up tasting somewhat similar. I really try to get different flavors out of my trusty slow cooker, and that's probably why I enjoy this recipe so much. It's pulled pork...with a kick. I mean, who doesn't love traditional pulled pork? But when you cook your pork with chunks of pineapple and then mix in a flavorful, homemade, Pineapple Barbecue Sauce, you've just elevated pulled pork to the next level! 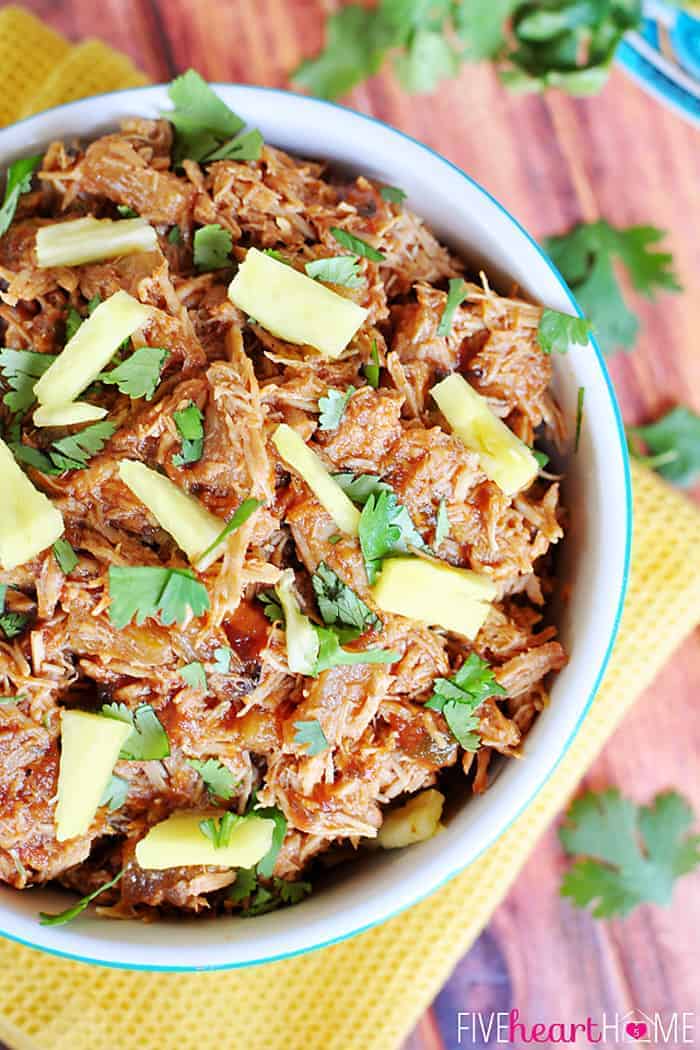 In my humble opinion, the barbecue sauce is the unquestionable star of this recipe. Most variations of Pineapple Pulled Pork that I've seen incorporate pineapple chunks and bottled barbecue sauce. This sauce, however, has so much more pizzazz than regular BBQ sauce. True to its name, its most predominant undertone comes from pineapple juice. But it also boasts the sweetness of honey and molasses countered by the bite of apple cider vinegar and the acidity of ketchup. It's the fresh ingredients that really shine, however, including garlic, ginger, and cilantro. How could that combo not result in an explosion of flavor?! 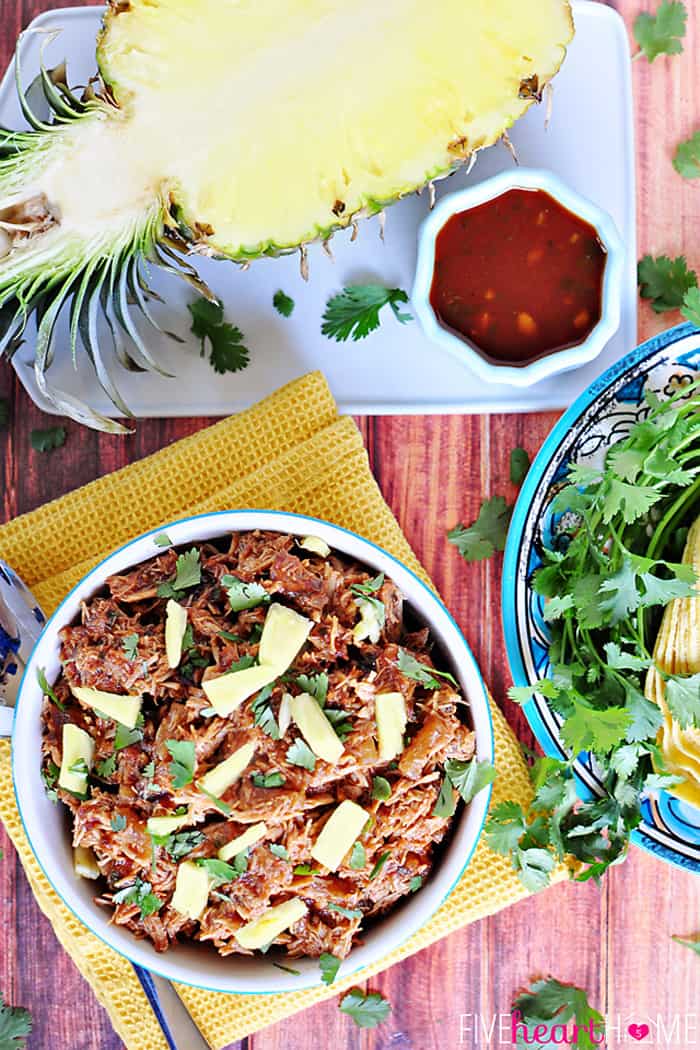 In fact, can I be honest here? I don't even need the pulled pork. I could just drink this Pineapple Barbecue Sauce on its own. Hand me a straw.

However, I suppose the pork is necessary if you want to turn this crock pot goodness into a legitimate meal. There are so many different directions that you can go with this recipe, so I decided to make a few suggestions but leave it open-ended so that you feel free to deal with your pulled pork as you see fit. 😉 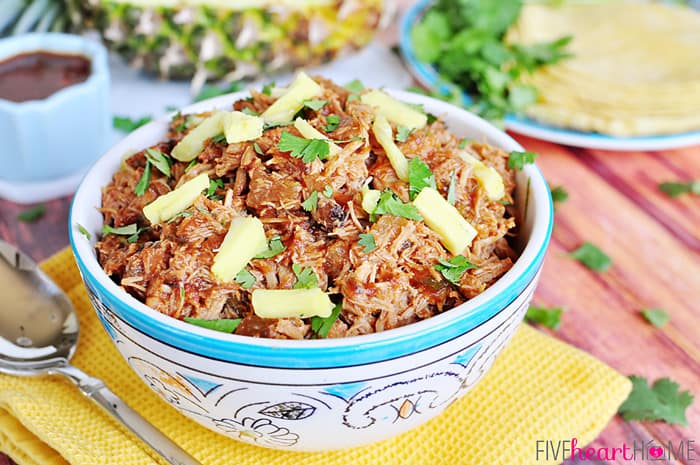 Perhaps the most obvious way to enjoy pulled pork is to pile it on top of a pillowy bun along with a creamy coleslaw of some sort, or -- if you just can't get enough -- topped with additional rings of grilled pineapple. Then there are tacos! I think this pork would be delicious on fresh corn tortillas, topped with guacamole, shredded PepperJack cheese, and chopped fresh cilantro. You could also turn that same combo of ingredients into some pretty kickin' quesadillas. Or even enchiladas? That's one I haven't tried, but it definitely sounds promising. 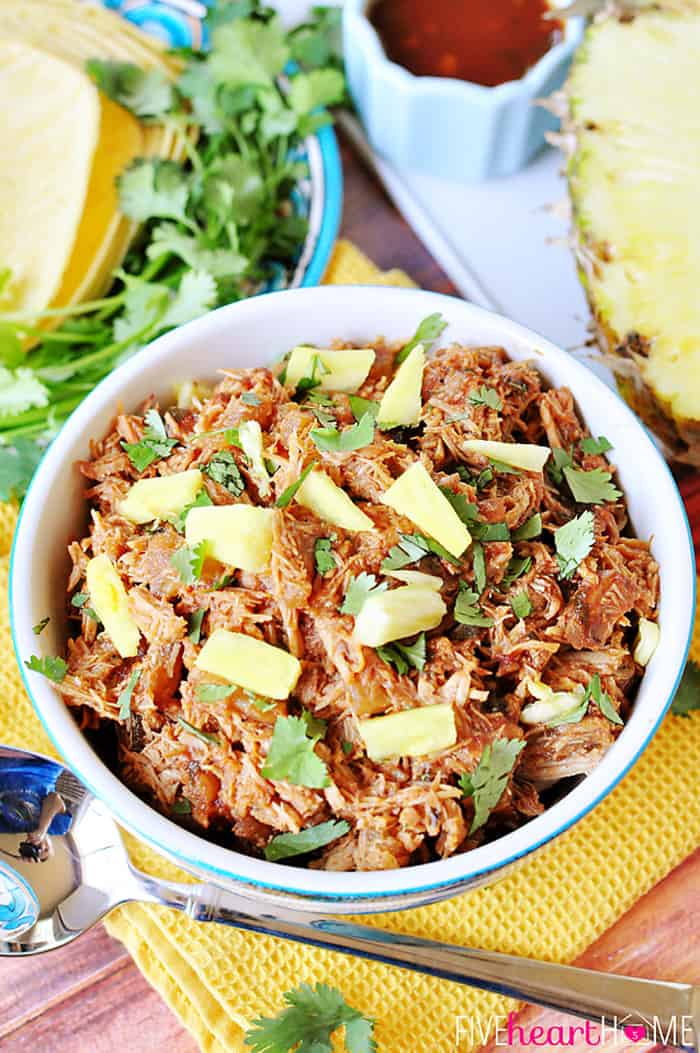 Orrrr, you could sprinkle this pineapple-studded pork on top of a platter of tasty nachos or across a Pineapple Pulled Pork Pizza with Bacon, Jalapeños, & Cilantro. Check out the link above for that amazing recipe!

Help me think outside the box here. What else could you make with this Pineapple Pulled Pork? Or how would you use the scrumptious Pineapple Barbecue Sauce? Aside from drinking it, of course...but I believe I already covered that one. 😉 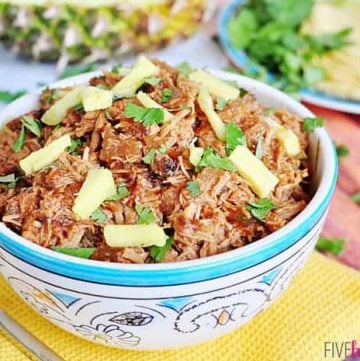 FOR THE PINEAPPLE BARBECUE SAUCE: