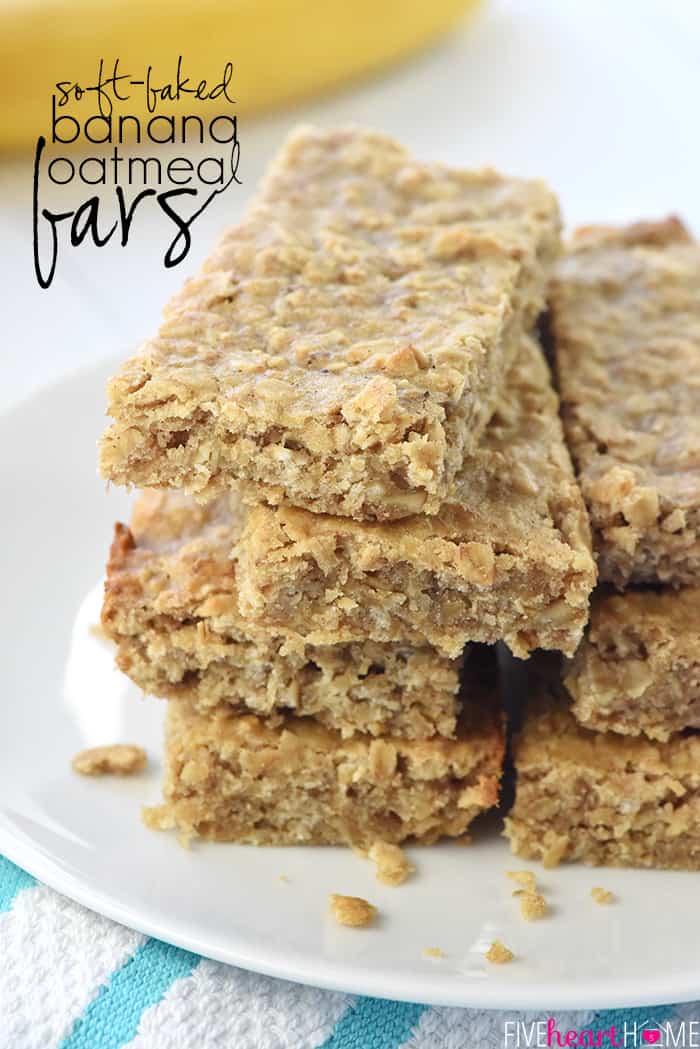 I recently spent several days ignoring two dark brown, overripe bananas sitting on my kitchen counter. Even though they were attracting fruit flies, had a combined value of no more than 17¢, and numbered too few to make a batch of banana bread, the thriftster in me didn't want to throw them away. And so I didn't...I concocted a pan of Banana Oatmeal Bars instead!

This oatmeal bars recipe is a spin on my Peanut Butter Oatmeal Bars. They may resemble granola bars, but they're not crunchy or chewy in a granola bar sense...rather, they're thin and soft with a texture more akin to that of a baked good.

When you cut them into squares or bars, they're like a wholesome, homemade version of those packaged, soft-baked oatmeal squares you can buy at the grocery store. Except, of course, you get to control the ingredients in these! 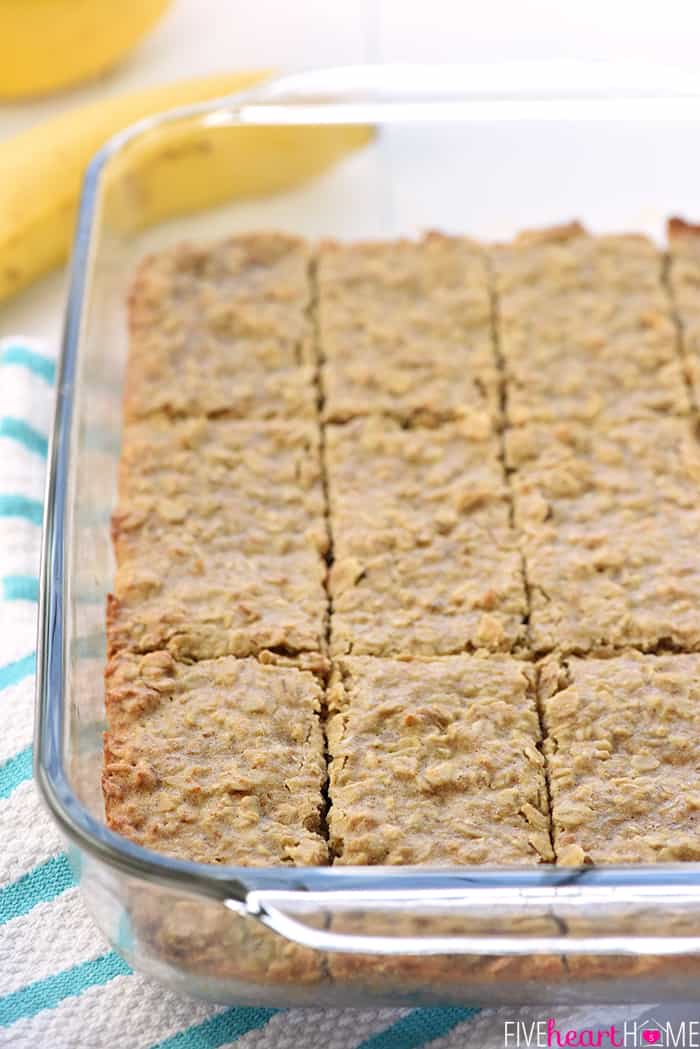 Now I'm going to be honest...I wasn't sure if this recipe would work once converted from peanut butter to bananas. But I tweaked a few ingredients and ratios, baked 'em until golden, and waited for the verdict from my kids. After taking a bite, my 4-year-old looked up at me with a twinkle in her eye, gave me a big thumbs-up, and said...

It took me a moment to make sure I heard her right -- because when did she start sounding like a pre-teen? -- but the take-away message was that these Oatmeal Bbars were not just satisfactory, they were a big hit! My boys agreed, and everyone requested them for breakfast the next morning...and again at snack time later that day. 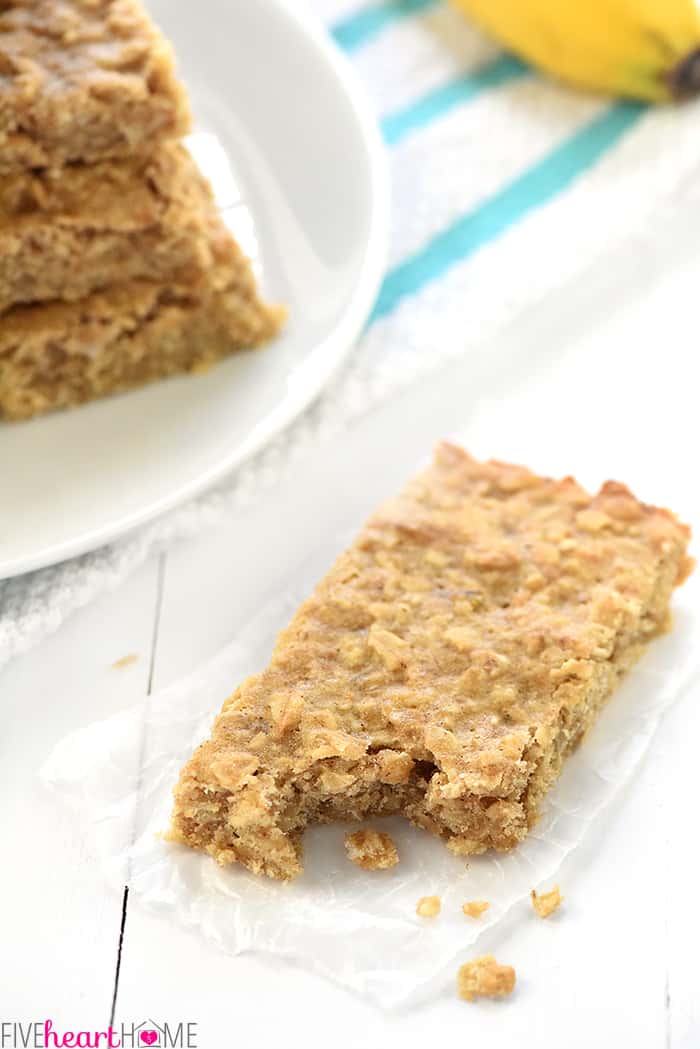 So what do you need to make 'em? 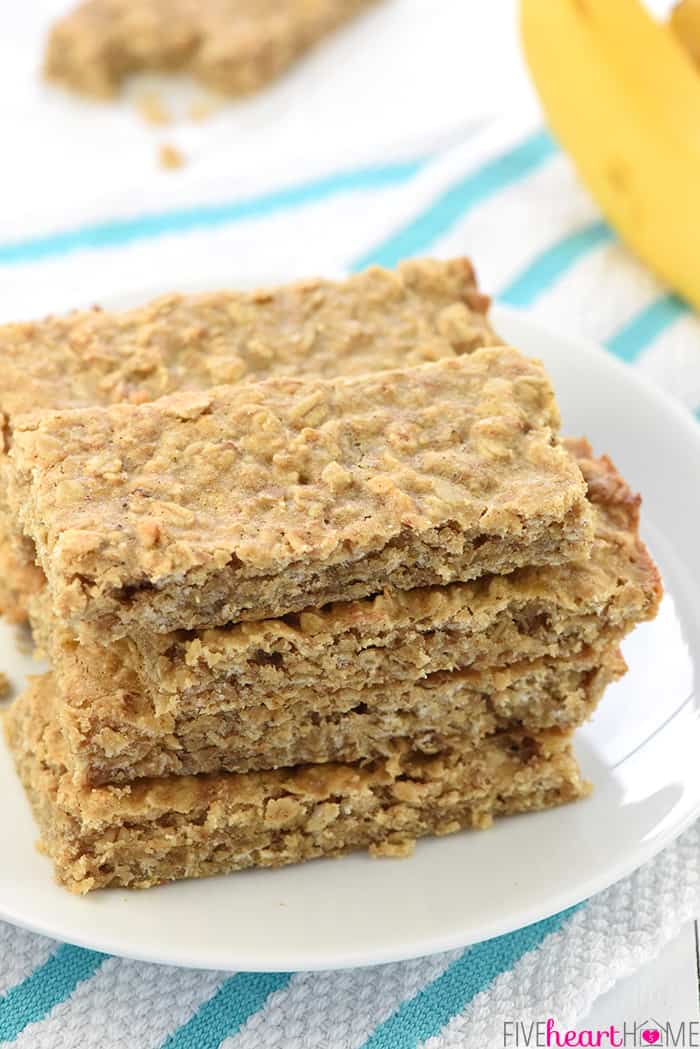 If you wish to make this Oatmeal Bars recipe gluten-free, it's super easy:

So the moral of the story? Don't succumb to overripe-banana-guilt when you're maxed out on banana bread and banana smoothies and banana muffins. Make Oatmeal Bars instead!

In mere minutes, you can be popping the pan in the oven and perfuming your house with the glorious smell of banana baked goods. And if you're lucky, you may even get a thumbs-up plus verbal kudos from your resident picky eater.

After all, it's not every day you can rest assured in the fact that you nailed it... 😉 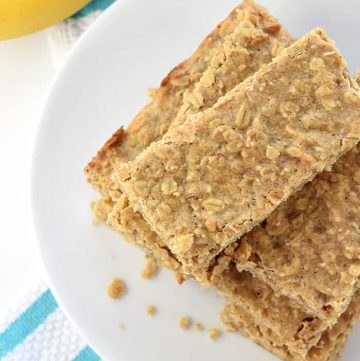